Bon Jovi This House Is Not For Sale Tour Rehearsal

January 27, 2017 by ConcertKatie No Comments

Wednesday night Bon Jovi held a rehearsal for their This House Is Not For Sale tour at Mohegan Sun.  They had been rehearsing for 2 weeks at the casino and opened up the rehearsal for radio winners, family and friends.  “I’d call it a dress rehearsal, but I couldn’t find a dress” Jon said welcoming everyone to the show, remembering how they kicked off their last tour at the casino in the middle of a blizzard.

While the radio station emails said that it would be a 45-60 minute performance, it was a full blown approximately 2 hour show with 23 songs.  The band went through the first 21 with no breaks at all and came out for the encore to play a couple of their biggest hits – Wanted Dead or Alive and Livin’ on a Prayer.  My friend Miriam had won the tickets and is a Bon Jovi fan, I on the other hand am not, but can’t say no to a free show, plus I figured it would be a good time. (It was.)  When she asked me what my favorite part was I said, “the end”, but not because it was over – just because that was really the only time I knew 2 consecutive songs and could really sing along.

The beginning of the show may have been having sound issues or maybe my earplugs weren’t properly sitting in my ears because things sounded a bit muffled.  A few songs into the show things started sounding better and it seemed like Jon had gotten more comfortable with being back up on stage in front of a crowd. We were told there were about 1,000 fans in attendance – including Patriots owner Robert Kraft. The floor was standing only and a couple of the sections around the arena seemed to be filled in as well.

Part of the set Jon stopped to tell some stories about the songs and why they were written.  I don’t care who the artist is, I always like hearing that background and behind the scenes stuff. He talked a bit about the name of the new album, This House is Not For Sale and how the inspiration for the song and the album cover came about.  He talked a bit about how one of the songs was about the record label and now they are back with them.

The setlist is below, although Jon did mention that they change it for every show so I’m not sure how much of a ‘tease’ this is for the full tour. (And a setlist posted on twitter from the show did seem to show a couple more songs that they skipped) 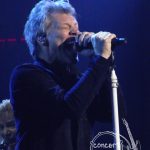 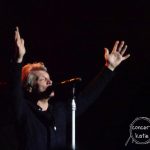 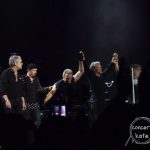 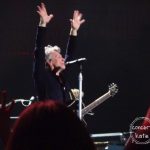 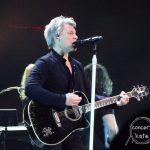 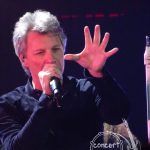 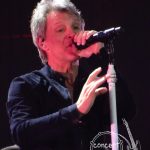 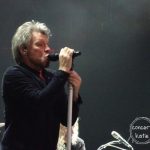