Back To The Island

Back To The Island 2017: Activities

January 18, 2017 by ConcertKatie No Comments 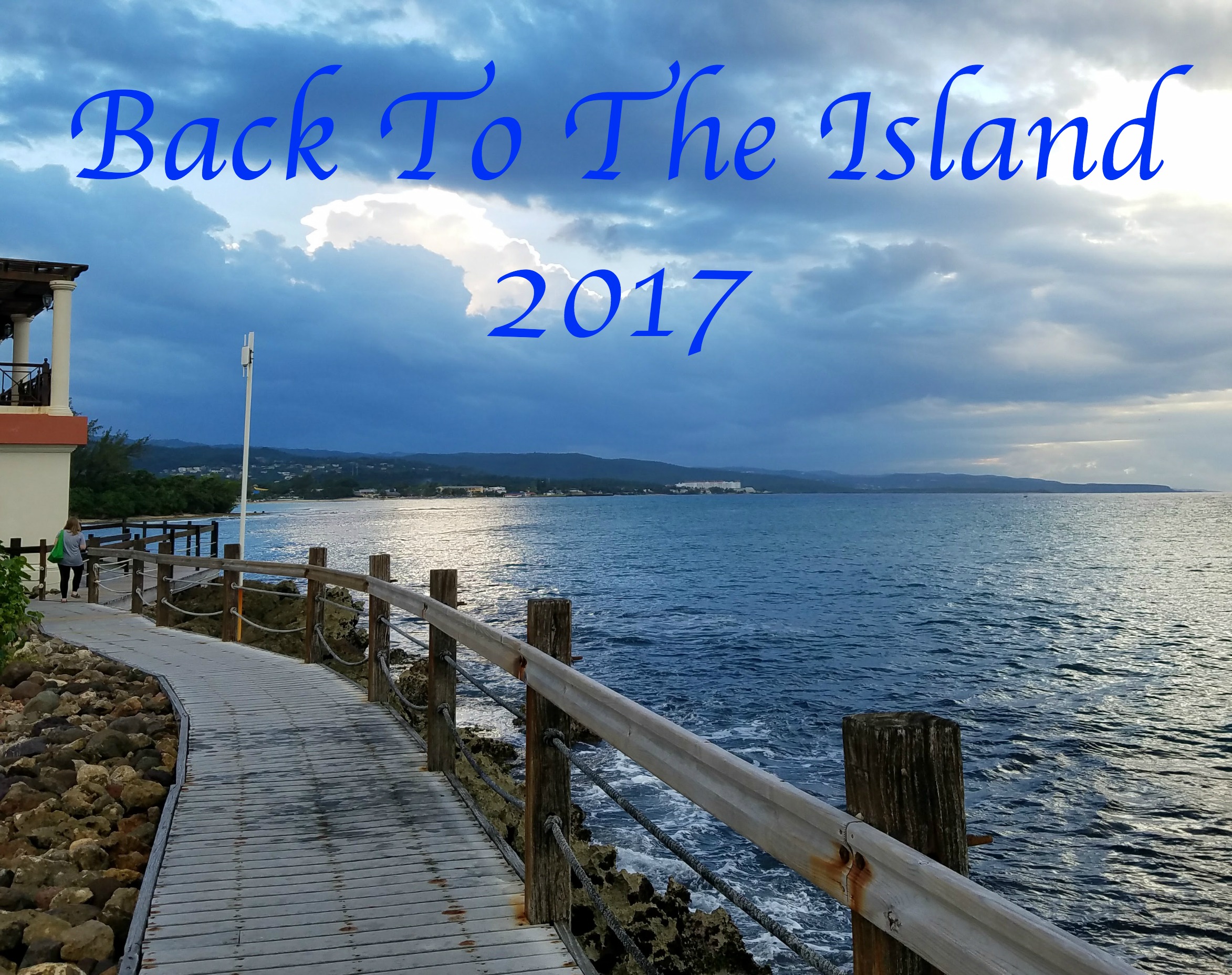 Ahh, the Back to the Island activities.  Almost until it was time to leave we weren’t sure what all the activities would be.  We knew that all 3 would be doing Tie Dye in an event appropriately titled, “We’re All Gonna Die” and that Taylor would be DJing the After Party.  For Zac and Isaac all we knew was that they would be hosting “Island Games” but what those games were, were a mystery up until December. 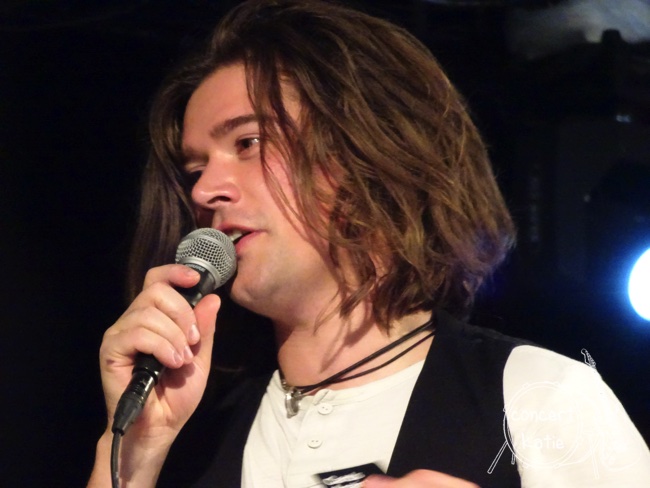 Thursday night Zac hosted Cards Against Humanity.  All of our passes were numbered and Zac called up 5 members on the red team and 5 members of the green team up on stage to participate in 2 rounds of cards.  He said it would go on for as long as we all seemed to still be having fun with it.  Zac with the help of the crowd was the judge and the winning team color would get a pin on hanson.net as their prize.  I wasn’t sure how this was going to work, but it actually was pretty fun and Zac later admitted he removed all the cards from the deck that he didn’t want to read out loud.  A few of my friends made it up on stage too which was fun! Green team won! 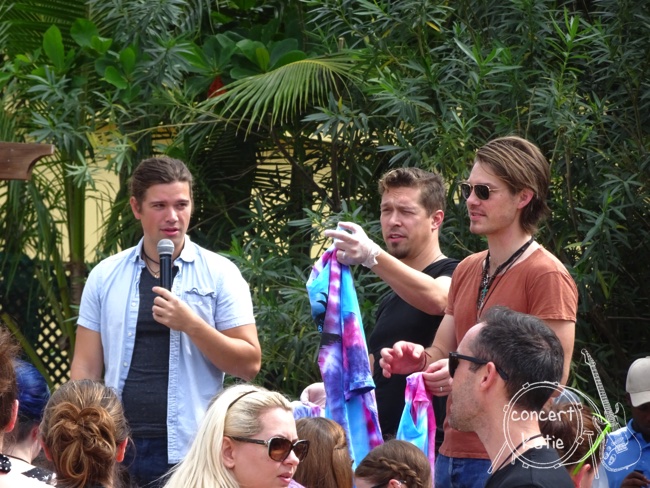 Tie Dye was split into two groups with the Red passes going on Thursday and the Green passes going on Friday.  I was a green pass.  When we arrived to the beach for tie dye it started to rain, which certainly made things a little bit difficult and I am sure added some water to the dye as well.  I opted to just tie dye a shirt that I brought with me and not the event t-shirt, so naturally I made what was probably my best shirt yet.  I guess all those years of practice have finally sunk in.  I squeezed out as much excess dye as I could and laid it flat to dry.  Of course a local bird decided that I was getting too much praise for said shirt and didn’t want it to go to my head so he pooped on my shirt and stained it. Fortunately it’s down the bottom of the shirt and not totally noticeable, but how rude! Tie Dye did turn into a selfie circle and we managed to get a photo with Taylor and followed Zac around for way, way too long because we wanted to talk to him about something he had mentioned the night before with no luck. 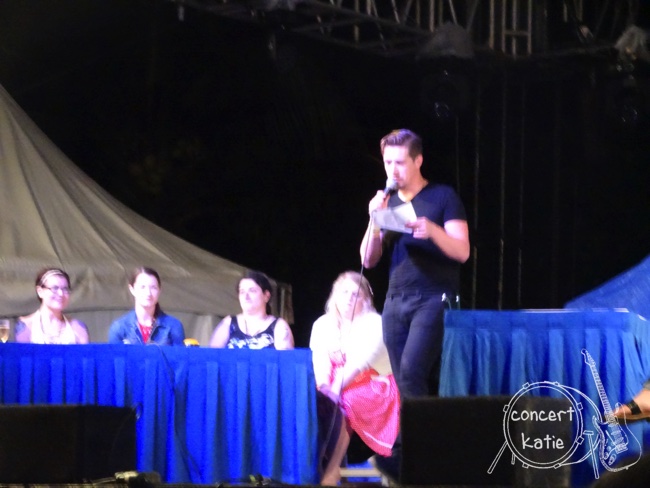 Friday night Isaac hosted Family Feud.  My pass was called in the first round so I thought I was slick and swapped passes with Maribeth because I really didn’t want to go on stage.  Of course, he called Maribeth’s number for round 2 so I was up there for round 2 and 3 and he even picked me for the head to head for Round 3 which I buzzed in on first AND got the number 1 answer. (Not that it really mattered because Isaac made up his own rules and the other team didn’t get a chance to steal or choose to pass/play)  We won that round mostly in part to Isaac saying that my answer of “shoes” counted as “clothes”.  So I guess even though I “complain” that Isaac didn’t stick to the rules – it kind of worked in my favor.  The game lasted for about 2 hours and we only did 10 rounds – but the green team won again – although there may have been a little bias going on because green is Isaac’s favorite color 😉 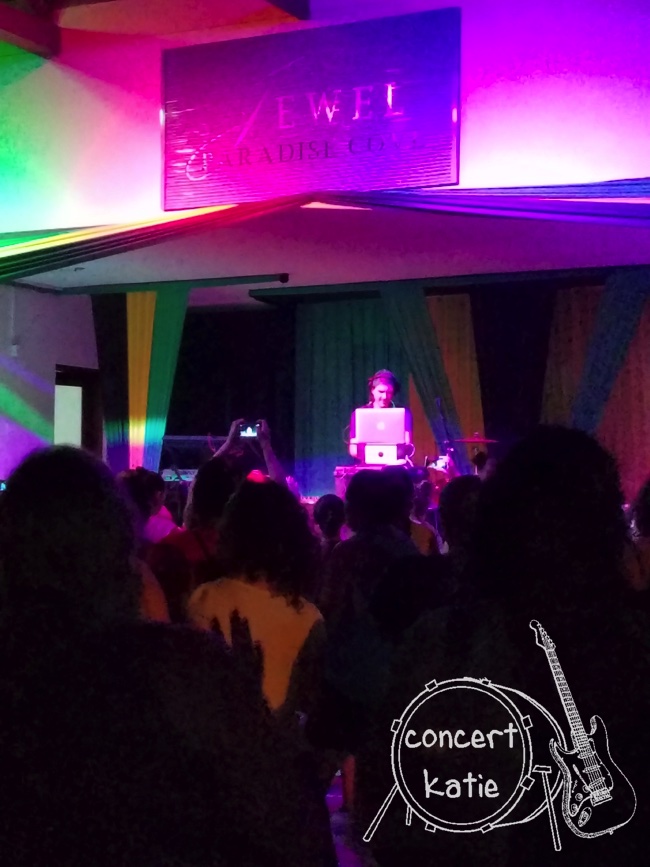 Saturday night was the After Party – we didn’t end up showing up until it was almost over, but in the half an hour we were there he played Michael Jackson’s “The Way You Make Me Feel” 2x and also said goodbye like 5 times but then kept playing another song.  It seemed to go much, much longer than last year’s party but I think that one got purposely cut short because people kept making their way on to the stage.

I definitely liked the new additions of events, since I sucked at trivia last year! Although bracelet making was fun.