July 8, 2016 by ConcertKatie No Comments 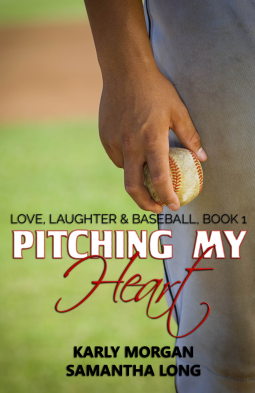 I was drawn to this book not only because it was a sports romance book, which I love to read, but also because the main character’s name was just one letter off from mine.  Turns out, that’s not a great reason to pick a book to read because you spend the whole book thinking there’s a typo in it.  Fortunately, Katryn goes by Kat through most of the book. Fortunately I was also able to get over that and enjoy the story!

Back in college, Kat went on a date with hot shot pitcher Weston Dukes.  It ended horribly and Kat ran off and the two never saw each other again… or at least not for the next 5 years. (And as much as I want to say what happened on the date, I’ll refrain because it was her recollection of the disaster of a date that got me hooked on this book!)  Kat is a sports writer and her boss wants her to get an interview with Weston. Only one problem, Weston doesn’t DO interviews.  But she calls to try and get one with him anyway – and remembering her from his past he agrees to the interview – mainly because he just wants to see her again.

In true baseball romance fashion he wants her, she has walls, he’s trying to break them down.  Meanwhile… West’s ex shows up with a bombshell of an announcement – she has a 3 year old son and he is West’s son and her new husband wants nothing to do with the child so she is giving up all her parental rights to West.  Now he is left dealing with a new relationship with Kat and a new relationship with the son he never knew he had.

West’s ex, Coco, proves to be the source for a lot of drama and is what causes this book to be such an emotional roller coaster – as well as what sets it apart from a bunch of the other books of this type I have read.

Definitely worth a read!

After a disastrous date in college, Katryn Winters never wants to come face to face with hot pitcher Weston Dukes again. When she’s assigned the interview of a lifetime by her magazine with the elusive Weston Dukes, what is she to do? Weston jumps from girl to girl with no desire to settle down. A previous relationship has left him bitter and cynical. When he’s approached for the interview with Katryn, he can’t help but remember how horribly things ended with their date. What happens when he accepts the interview and sparks begin to fly between them? Will they catch the pitch love has thrown at them or will they both strike out?