Saturday I was supposed to head to Boston with a friend for another night of Kris, but unfortunately my friend had to back out of the trip.  I wasn’t sure I could get to Boston alone and got a refund on our VIP passes and kept trying to sell or give away the tickets but had no one interested.  A friend of mine from MA ended up agreeing to meet me at the T stop by the venue and I decided to try and be adventurous and ride the T into Boston on my own.  I had done it before with friends and never remembered it being a problem, but it had been 3 years since I last was in Boston so I was hoping that my memory didn’t fail me.  I drove the 2 hours to the train stop, took the T in which took about 45 minutes and then ended up walking from the T to the venue on my own since it was just around the corner and was quite pleased with my accomplishment.  I’m usually very focused on what I “can’t” do, or rather what I *think* I can’t do, so I was happy that I tried it and it worked out.

Everything for this show seemed to be delayed.  VIP was supposed to be at 5 but was pushed to 5:30 (I bought a new pass that morning) but it was much later by the time we got let inside.  Once again, Kris was waiting for us.  And as I approached he said “there she is again! Hello, Katie. How are you?”  He had remembered me from the night before!  He did Way Up High and then took photos and chatted with everyone.  I opted to stay seated while he went through the line and then he was ready to leave before taking a picture with me! He apologized, I told him about how I wasn’t sure I could go but my friend Jon had offered to help – and if he could please play Jon’s song request I’d really appreciate it.  He told me he had already planned on playing it.  Then I told him about how last night I was way in the back and tonight I pointed out where they were sitting me and he said “we can get you a chair closer. I think we can make that happen” and sure enough he was able to get me a chair right in the front row so I could see everything 🙂  (The venue had said next time to let them know ahead of time so they could make accommodations for me – when their website said to either call OR talk to them when you get there. I didn’t call because I didn’t know until that morning I was going and by the time I did know I had to start driving there. Plus I didn’t think grabbing a chair was something that was difficult and required such advanced notice. Silly me.)

For the most part the setlist was the same as the night before. He didn’t add in Alright With Me, but instead did I Remember You as the first song of the encore.  He also had fans come up on stage and dance during Everybody Just Wants To Dance.  He again talked a bit about the Idol finale and how Nigel kept saying to him, “Kris, get your fans off my back!” because they were not happy he was not included in the show on Tuesday night that was a retrospective on the season.  He teased we should all tweet him now 😉

Before playing Jon’s request he had everyone in the audience say Hi to him since he was in the front row and Kris wanted everyone to know he was not a plant! It was another great show and Jon went again to NH but unfortunately I have this thing called work on Monday morning and couldn’t do a 3rd show in a row! (Which had 4 tickets left when I got home after the show but was sold out by the time show time came around! Yeah Kris!)

The ride home on the T was just about as uneventful as the ride there – with the exception of the guy using crutches who had to yell “MISS! MISS!” at me until I said hi to him… ooook.  I don’t know if he thought he knew me or if he just felt a bond because I had my cane… but it was certainly interesting. 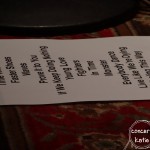 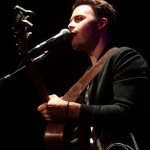 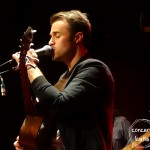 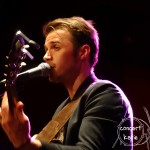 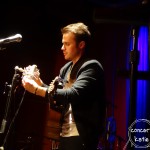 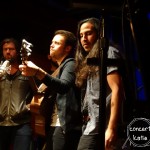 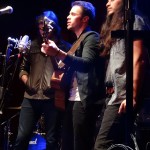 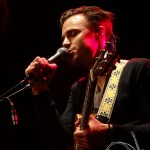 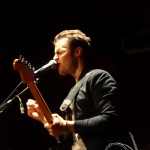 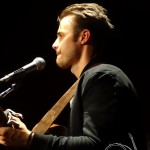