April 3, 2016 by ConcertKatie No Comments

Saturday night, Mohegan Sun had a private concert with Nate Ruess for momentum club members only.  For some reason I rated enough to be able to get tickets.  You don’t know where your seat will be until you pick them up and we haven’t figured out if there is any rhyme or reason to the section you are given except that I assume that those who are “high rollers” get closer seats.

I was given seats in the upper level which were general admission – once you got to the section you could sit wherever you want.  Since the upper level have very steep steps, I hung around waiting for doors to open at 7 so I could be one of the first to get there and get row A.  I somehow managed to be the first person to the section, got row A and then realized the stage was a heck of a lot closer than I thought it would be – they pushed it in to do a half house show instead of a full house!

The show started about 8:15 and went ’til about 9:45.  The set was made up of covers, Nate’s solo stuff as well as songs from the “bands he was in that started with F” The Format and Fun.

He was high energy the whole show, pulling up his pants every few minutes and jumping and dancing around, jumping off the piano and he even jumped off stage and sat in the front row to applaud his band member who was playing an amazing saxophone solo.

He also mentioned that he was growing his hair out and it was probably the last time he would ever have long hair and was wearing black and he had found that it was harder to keep a healthy scalp with longer hair and was worried that the jumbo screens on either side of the stage may allow us to see things and hoped we’d turn it into a drinking game.

Although some complained that the (free!!) show was short, I thought that it was a great one and it’s nice to see someone who is so into what he is singing that he is dancing around with the audience. 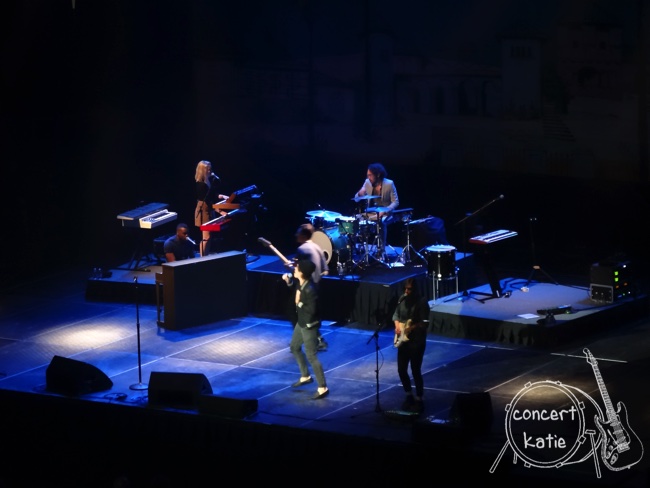 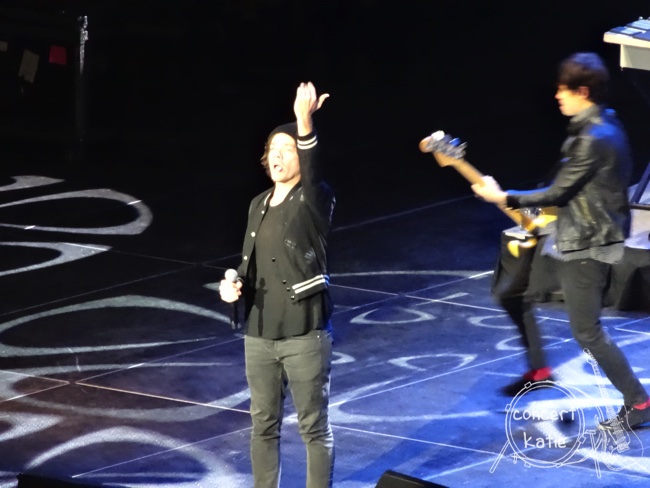 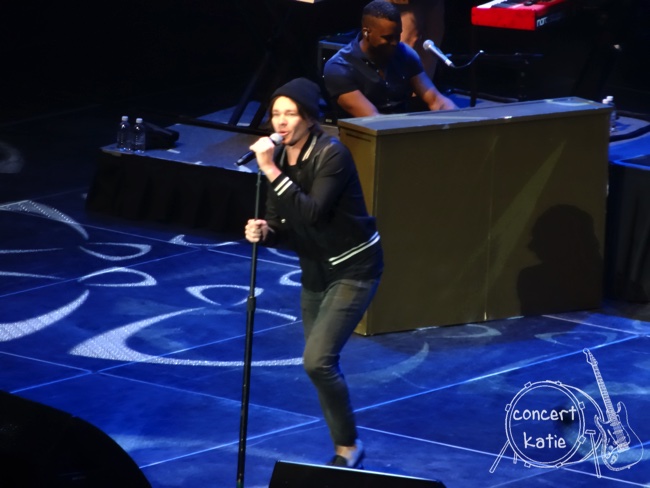 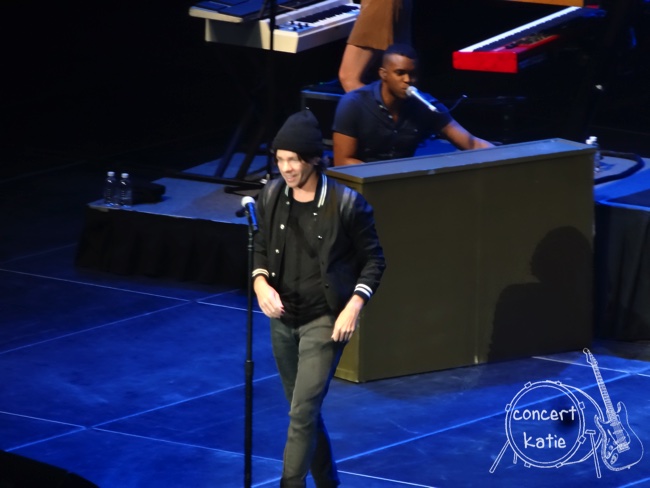 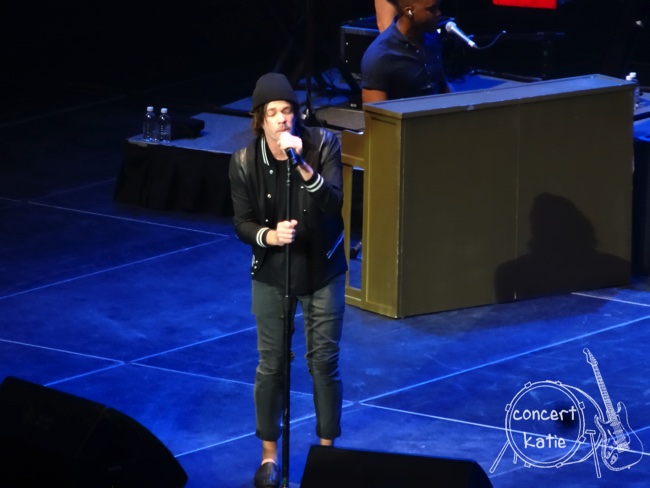 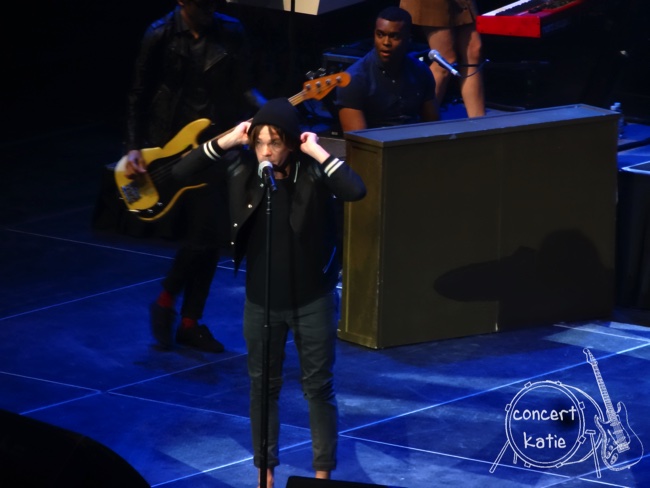 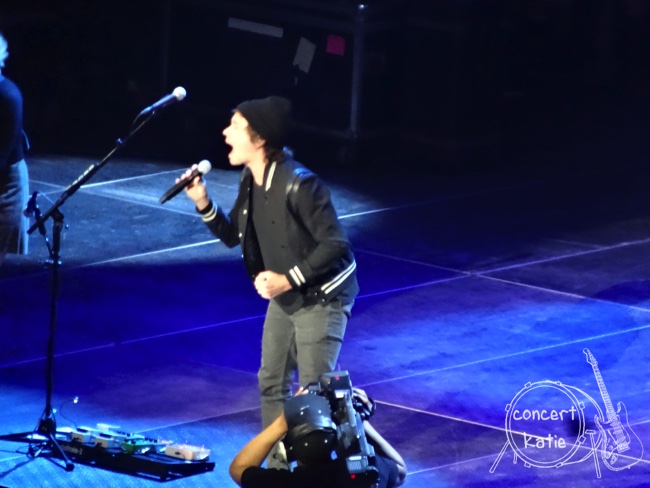 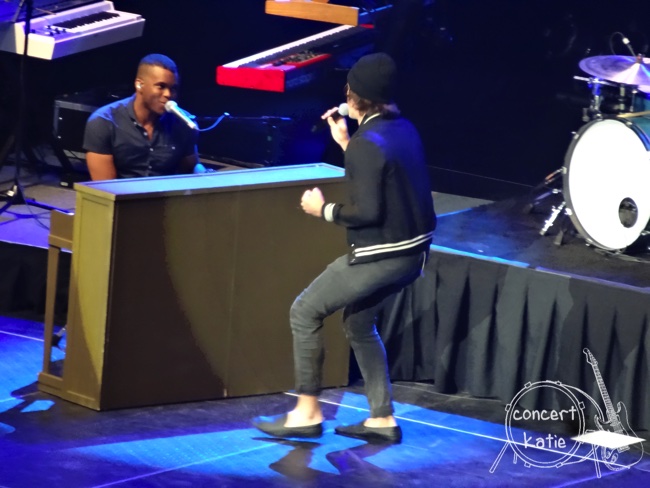 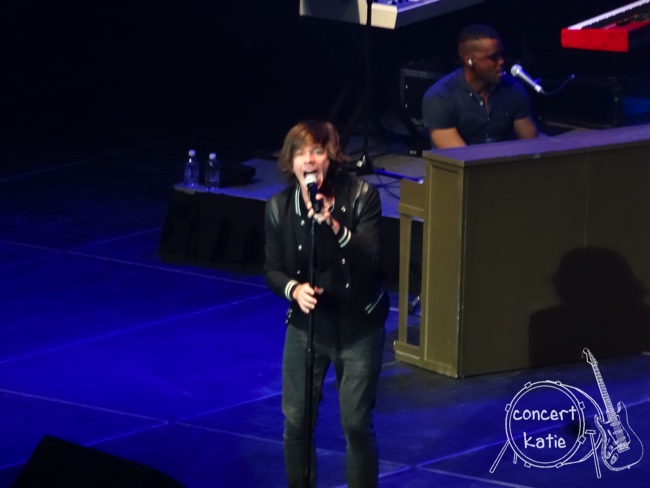 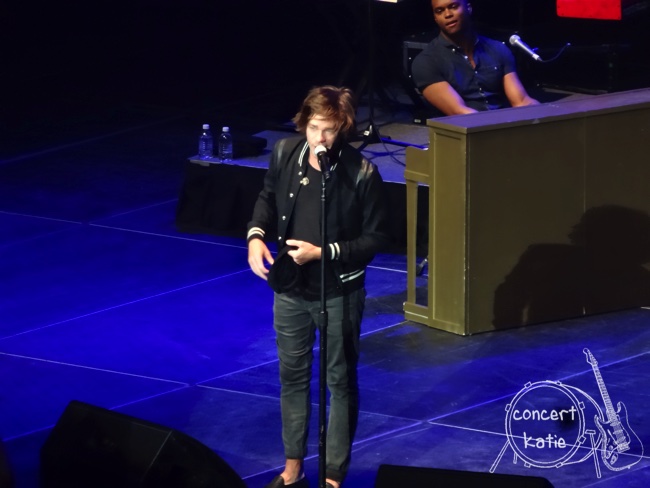 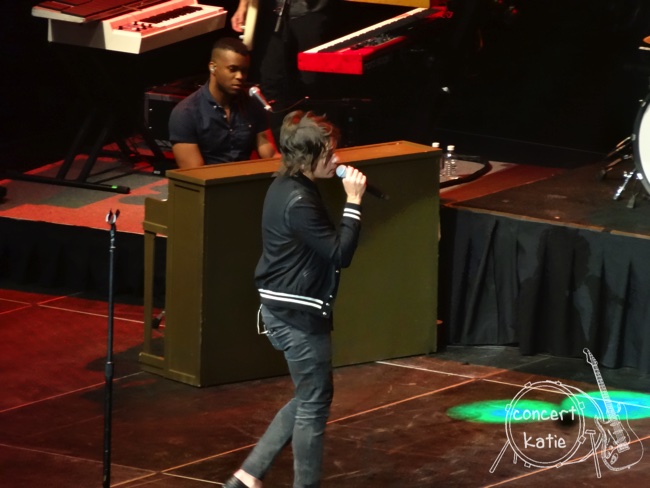 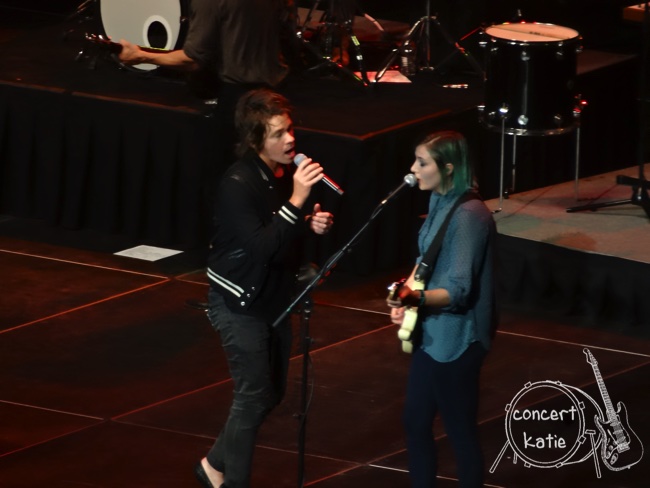 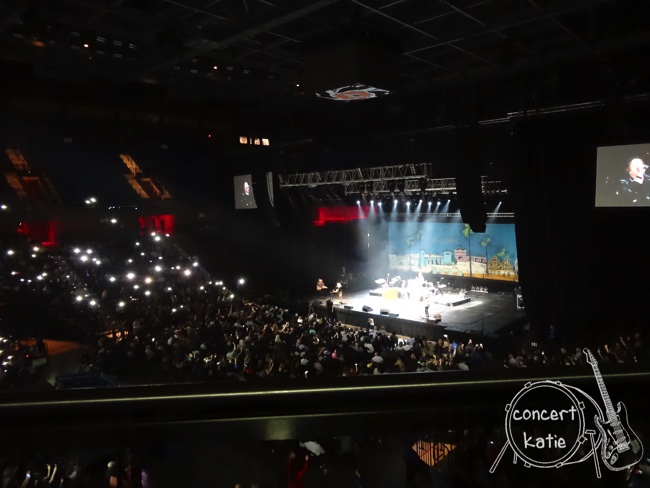 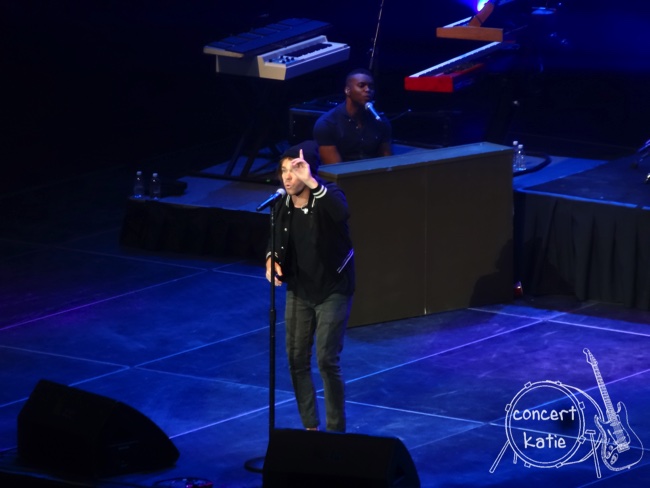 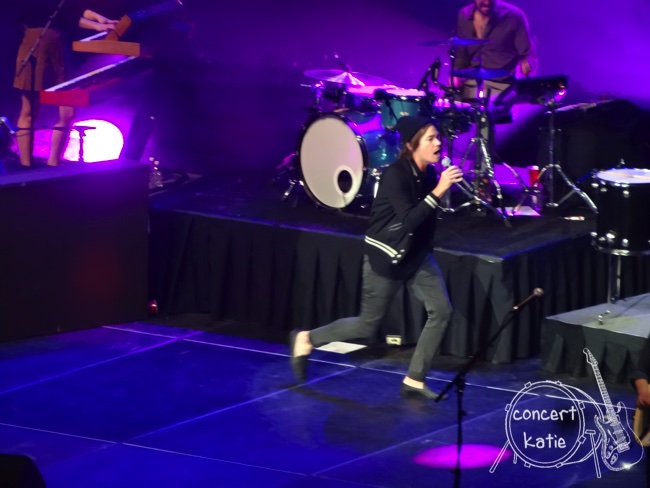 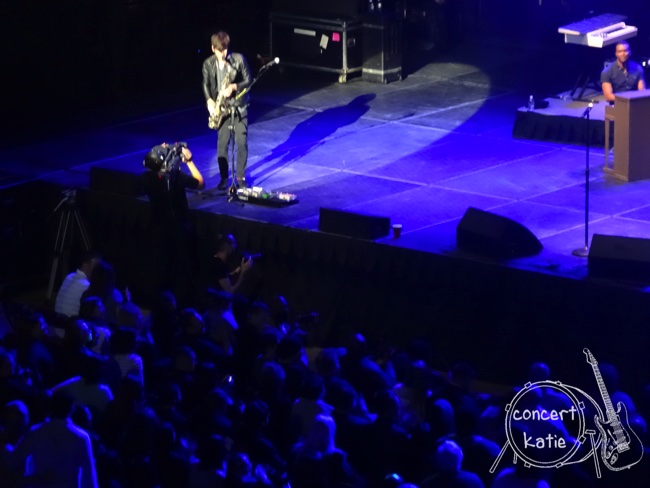 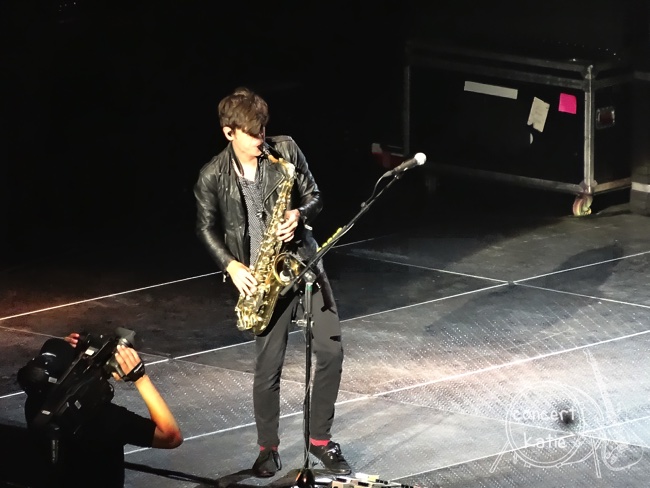 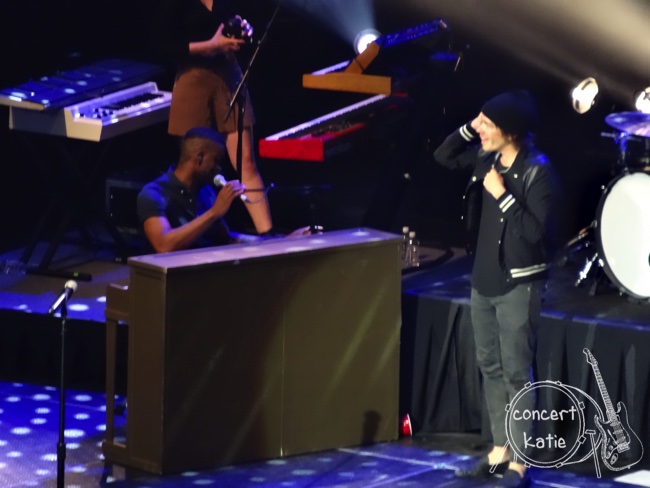 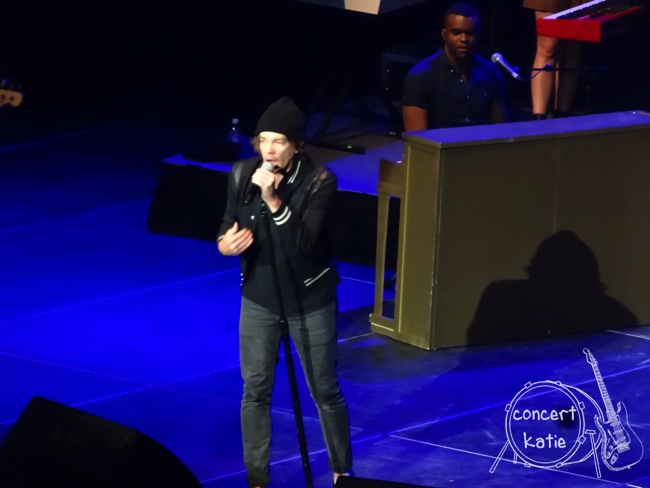