Friday night I decided to make the trip to Pawling NY (just over an hour away) to see Kris Allen’s Letting You In Tour at “Daryl’s House”.  Daryl’s House is owned Daryl Hall of Hall and Oates.  Since I knew I would have to head there right after work, I opted to get myself a single ticket to the 7:30 dinner seating and a VIP package to meet Kris before the show.  We were told to get there at 5:45 to meet Kris starting at 6, I ended up getting there about 5:30.

When I entered the venue, Kris and his band were doing sound check.  I was told that the VIP had been pushed back to 7 and I could be seated at 6, but to head to the bar area until they began seating.  At 6 when sound check was over, an announcement was made that anyone with VIP should head to the back door. We were checked in and headed through a series of doors to a backstage room where Kris was waiting for us.  We chatted with him a bit about the Idol finale the night before and he talked about the gold jacket he was wearing and the Bowie medley that he did with the other guys.  Everyone seemed to agree that they thought the show needed more Kris!  Then Kris played a couple of songs for us – Way Up High and Alright With Me and had us sing along with him.  Then we did photos and autographs and some more chatting.

When I headed back out front, I asked if I could sit at any table or if they were assigned and was told that they were assigned and that the 3 people who had “single” tickets were all going to be sitting together.  That was fine with me, since I kind of figured that was going to happen.  What I didn’t think was going to happen was that it would be the table all the way in the back corner!  There were 3 of us, 2 of which had VIP which should signify we are pretty big fans of Kris… and wished to be up a lot closer.  Now, don’t get me wrong, it’s not the same as being in the back row at an arena by any means, but it just seemed kind of crappy that the singles were stuck in the corner and not in the front section.

As more people filled in I began to realize that the people who were standing in the section between the lower area and the upper were certainly going to ruin my view.  I spent most of the night in strange contortions in order to be able to see Kris.  Another “fun” part of this venue is that the only cameras they allow are cell phones and you can only record short snippets of the songs, not full songs, which was apparently at the artists request.

Having just gotten a Galaxy S7 which was supposed to be good for photos in low light I at least felt a little better about things, but wished I was closer.  We were “allowed” to move up closer to take photos – but that also involved going down 2 steps without a railing or maneuvering myself down and around the ramp (where the SRO people were standing) so needless to say, I didn’t opt to do that.

The show was a lot of fun and featured many of the songs off of the new album, Letting You In. He also had a lot of fun bantering back and forth with some people in the crowd and at the bar and at one point sang “we can heaarrr you” to the bar after they made a comment lol

The other girl that was VIP at my table was from Dublin (yes, Ireland) and during the last song, Kris mentioned she was there.  When he asked where she was and he realized she was in the back he commented on how they couldn’t find a better seat for her? Really? And had her come up on stage with him as well as another fan that had traveled from France! You can see the video I took below. 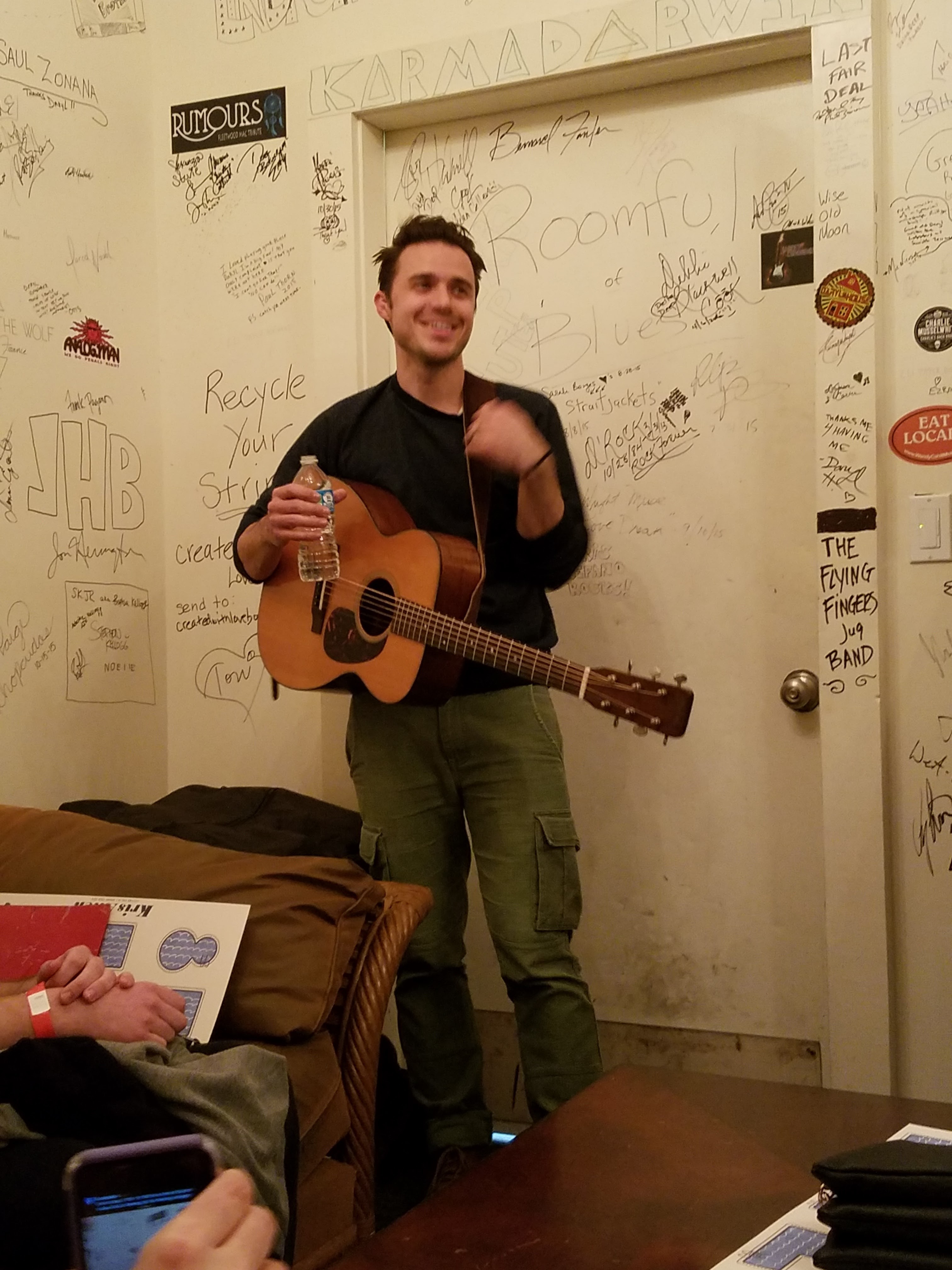 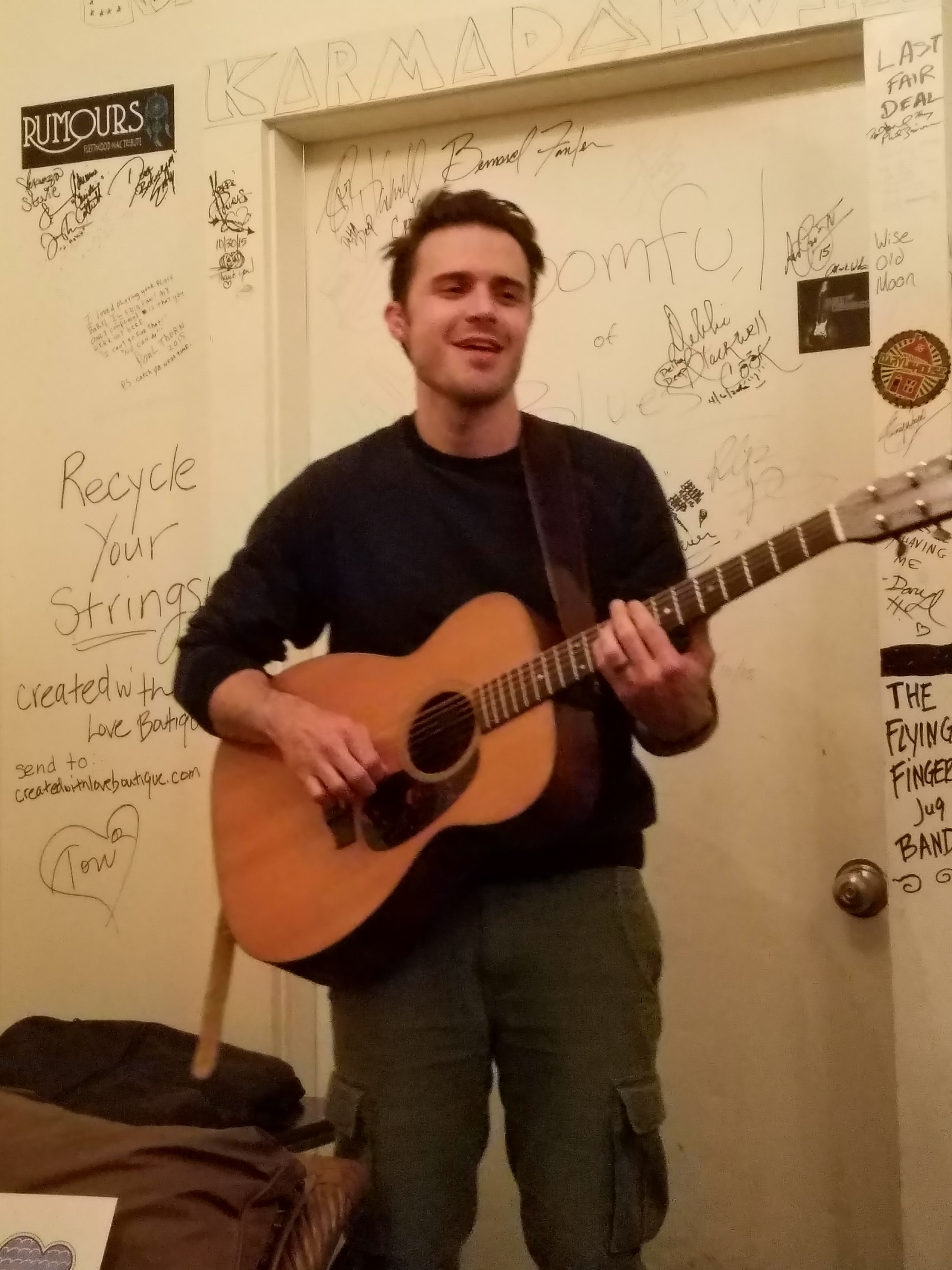 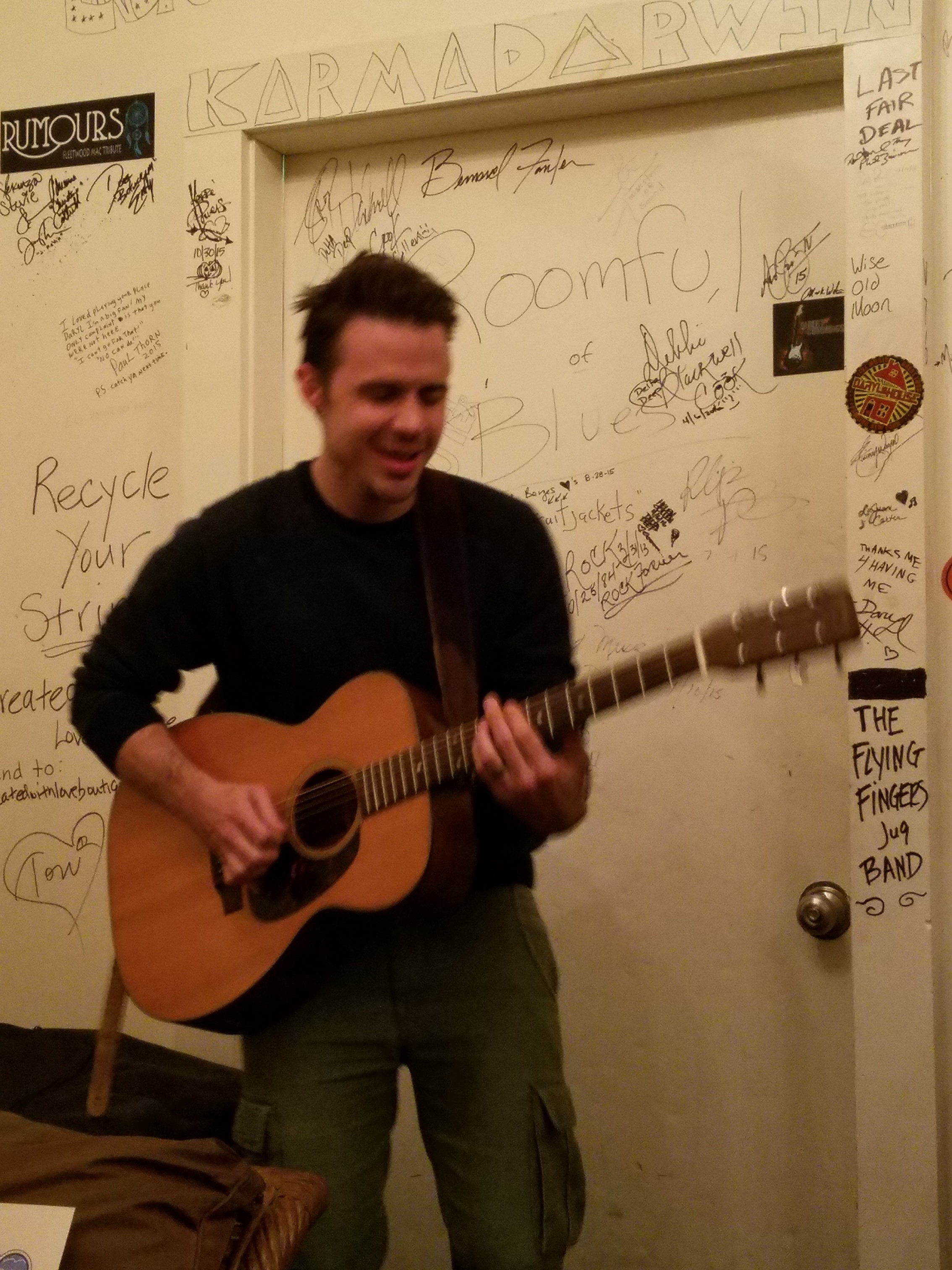 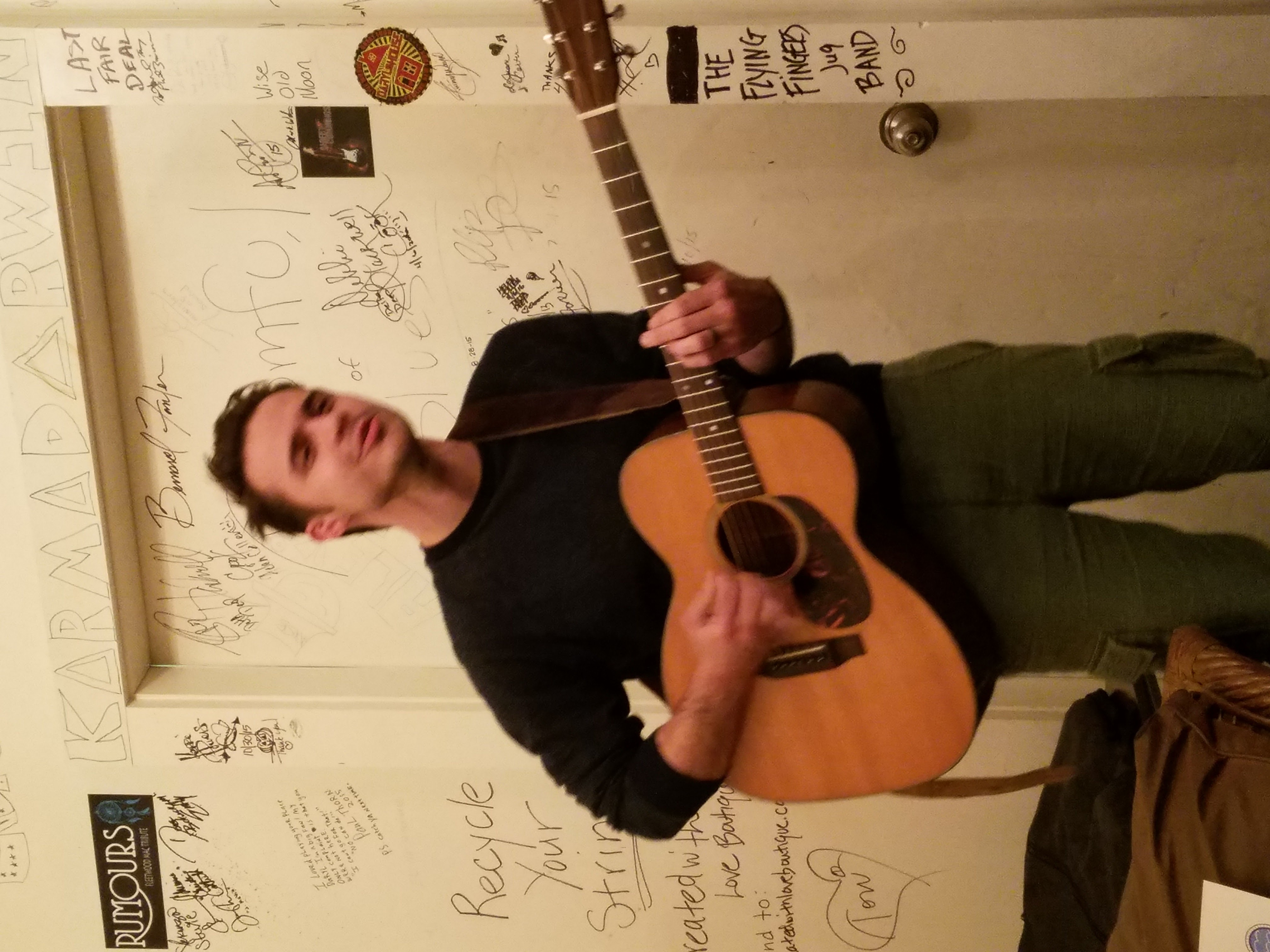 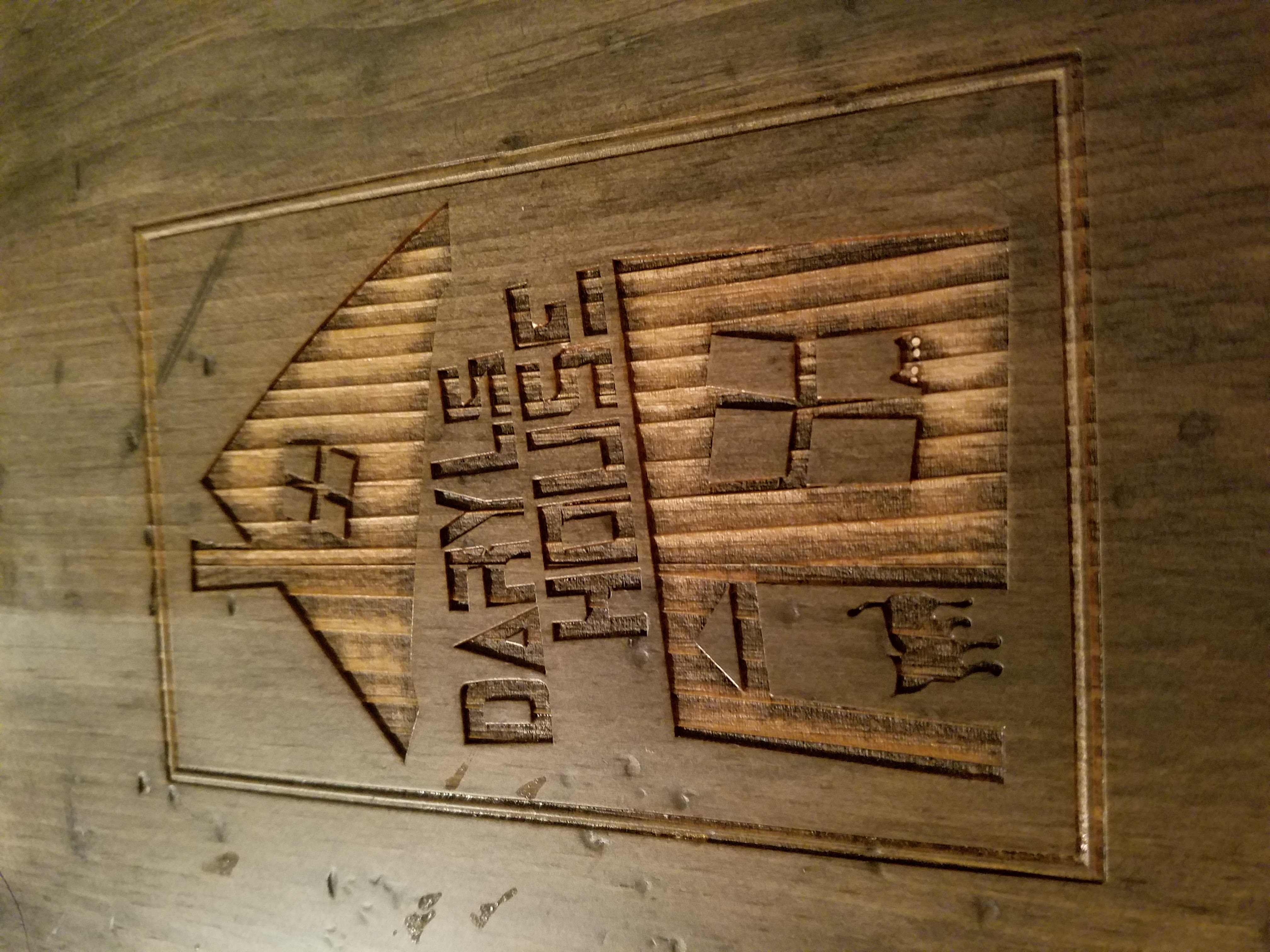 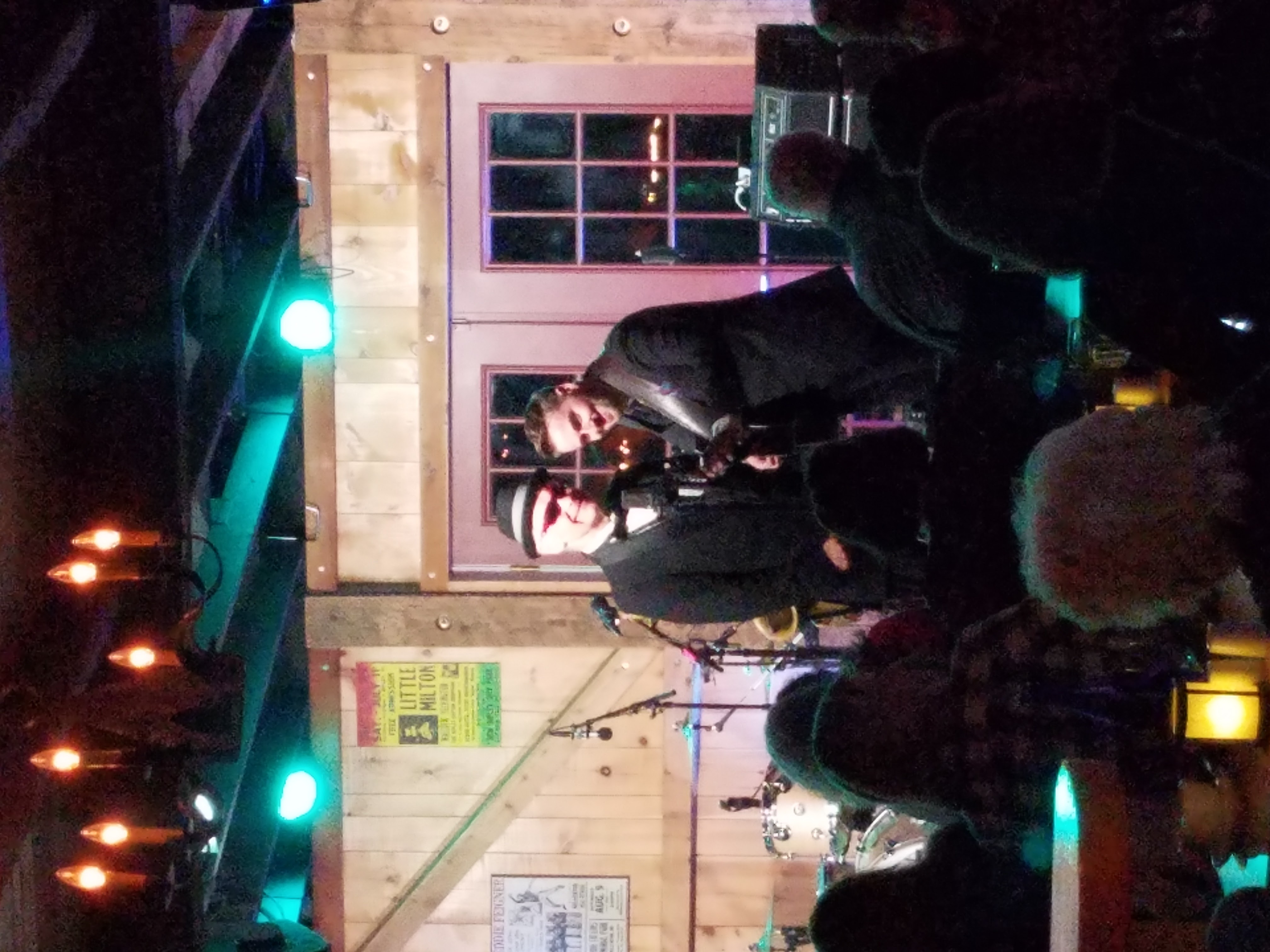 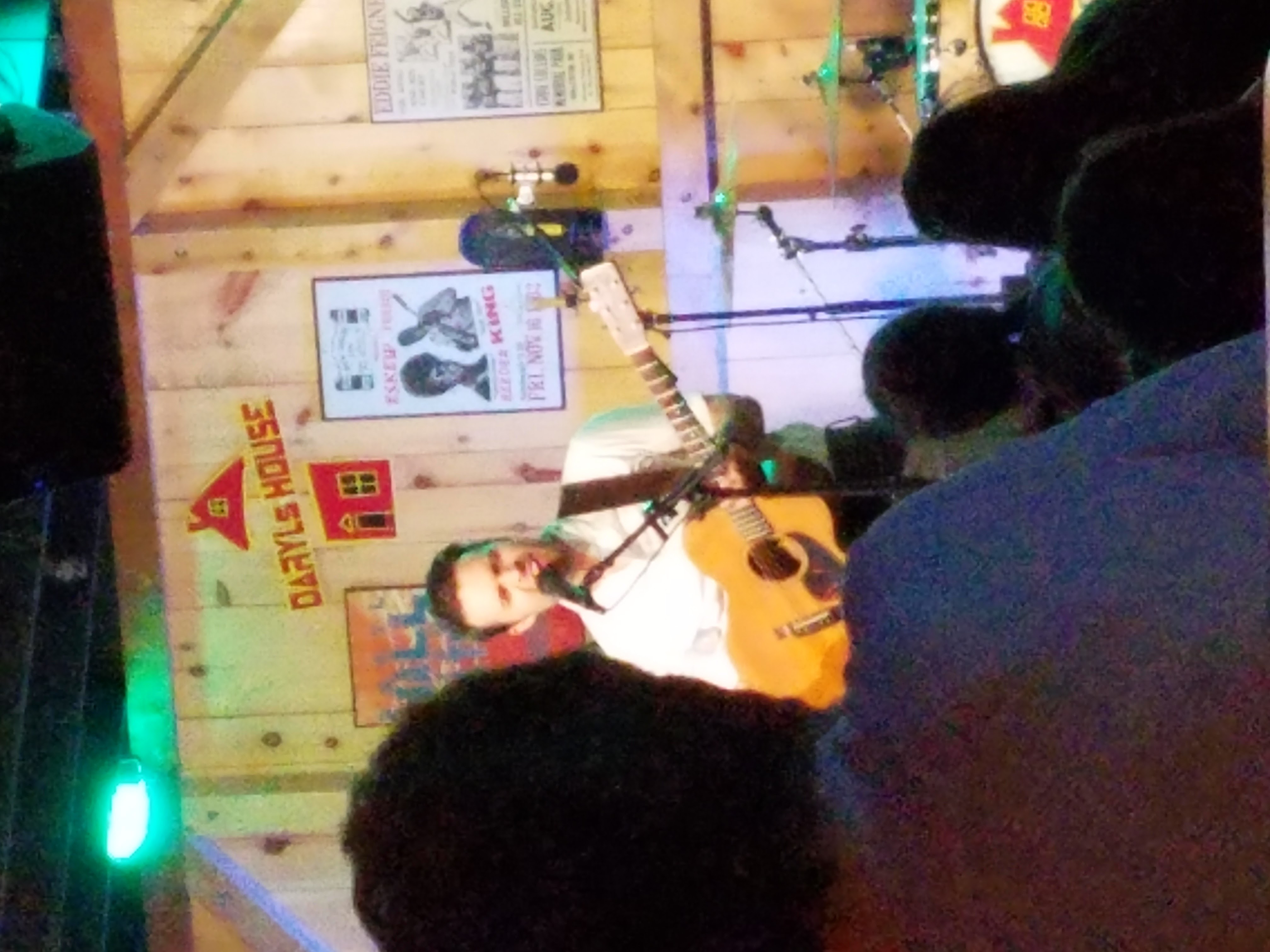 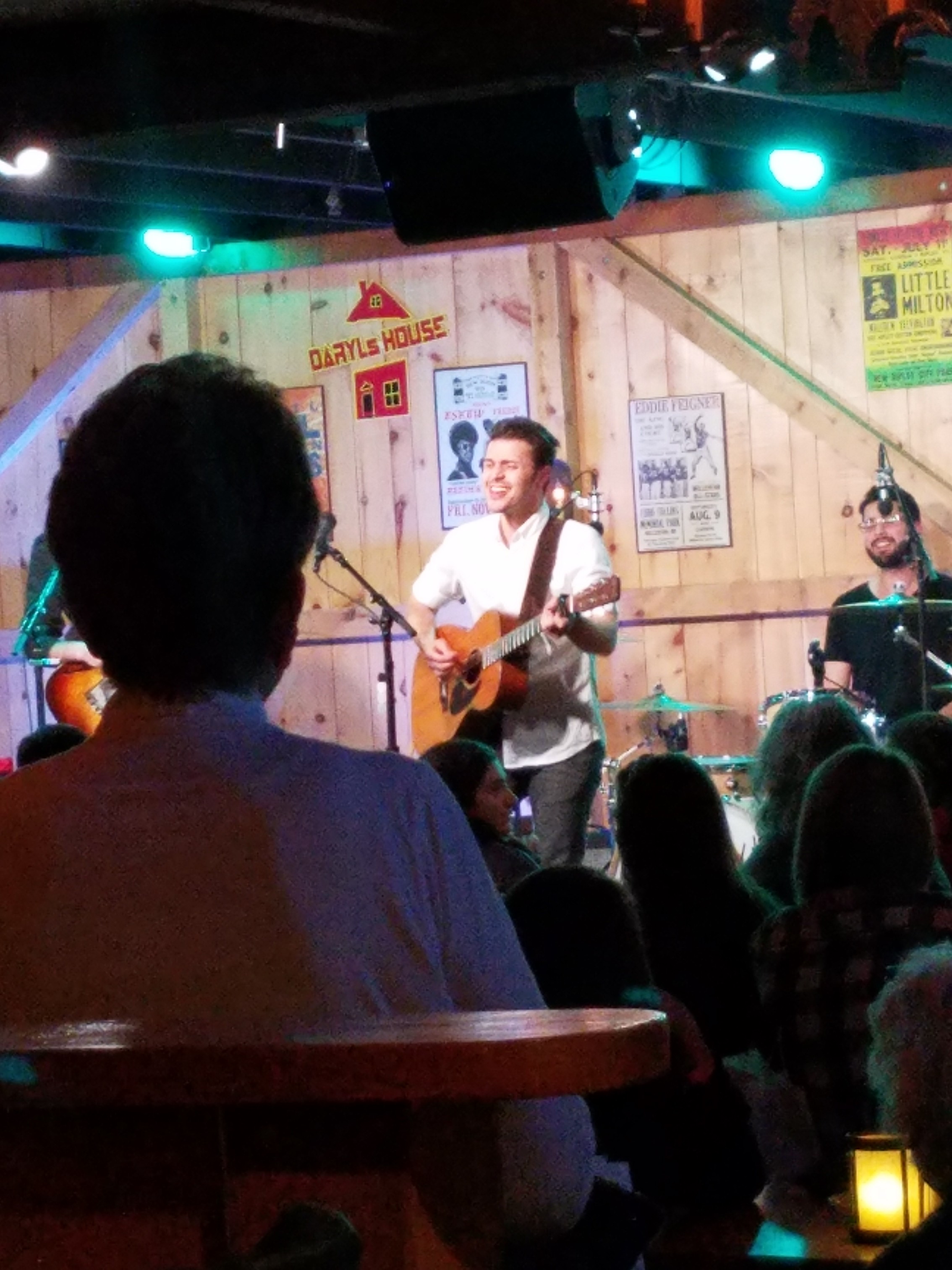 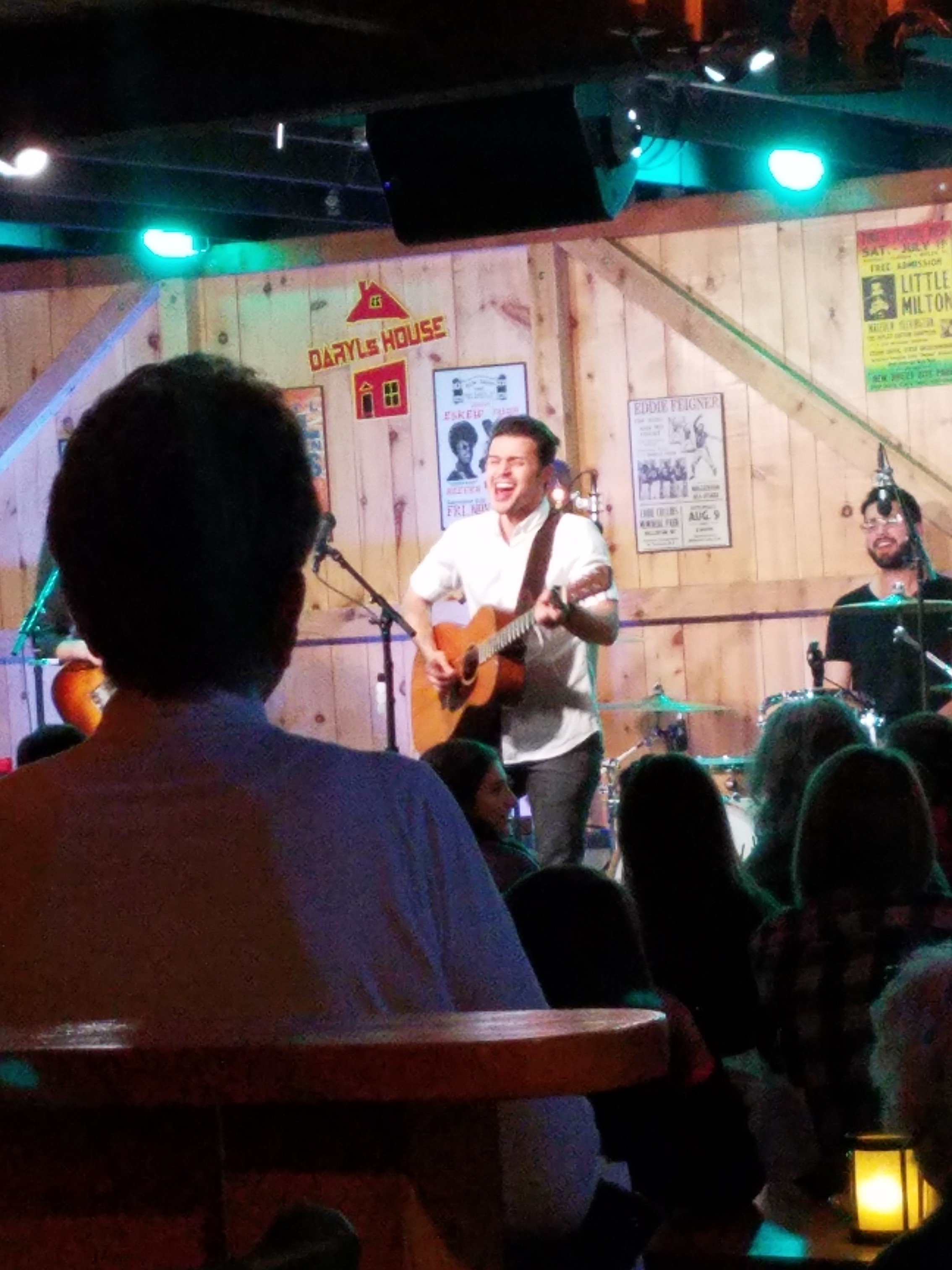 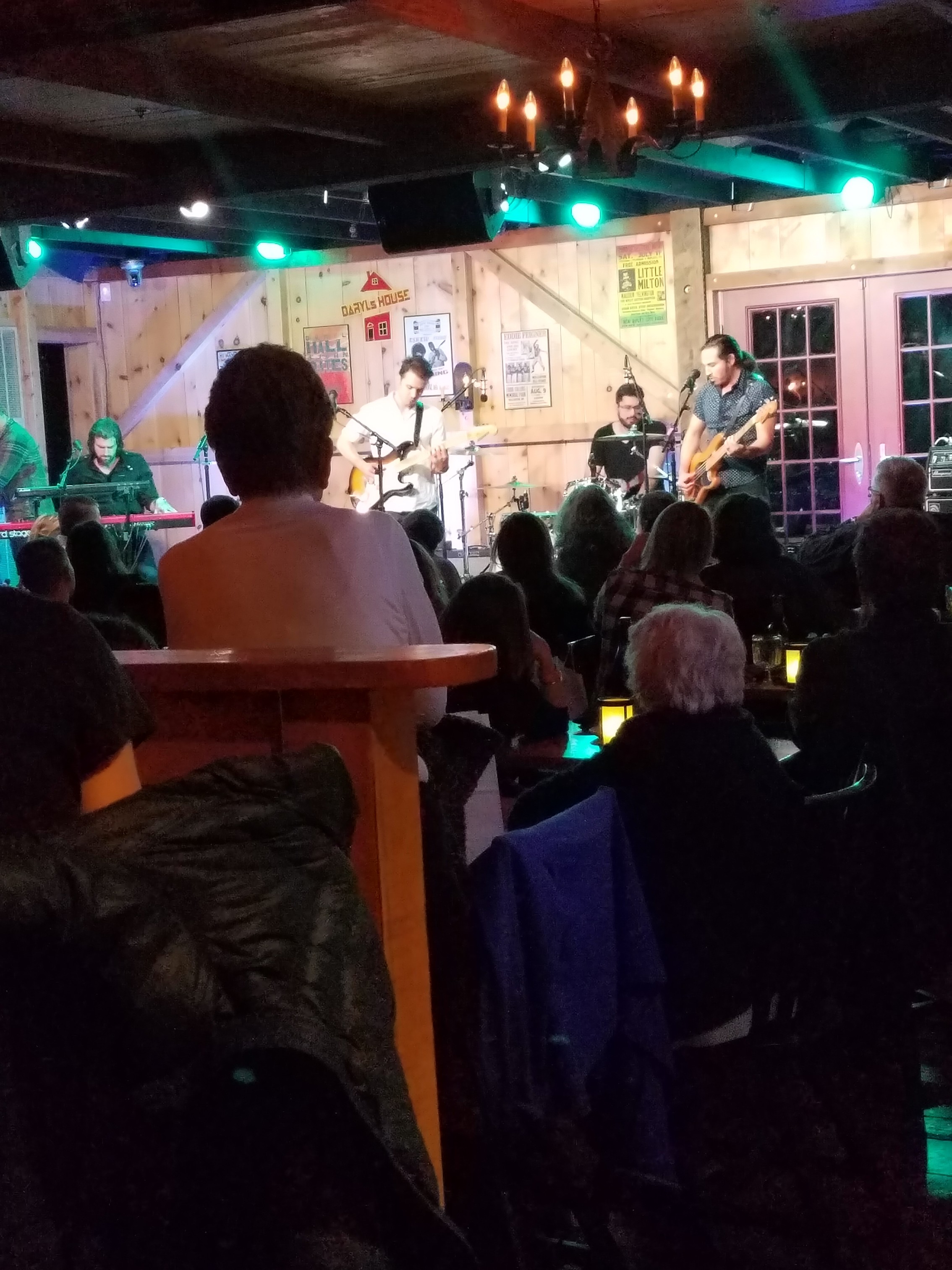 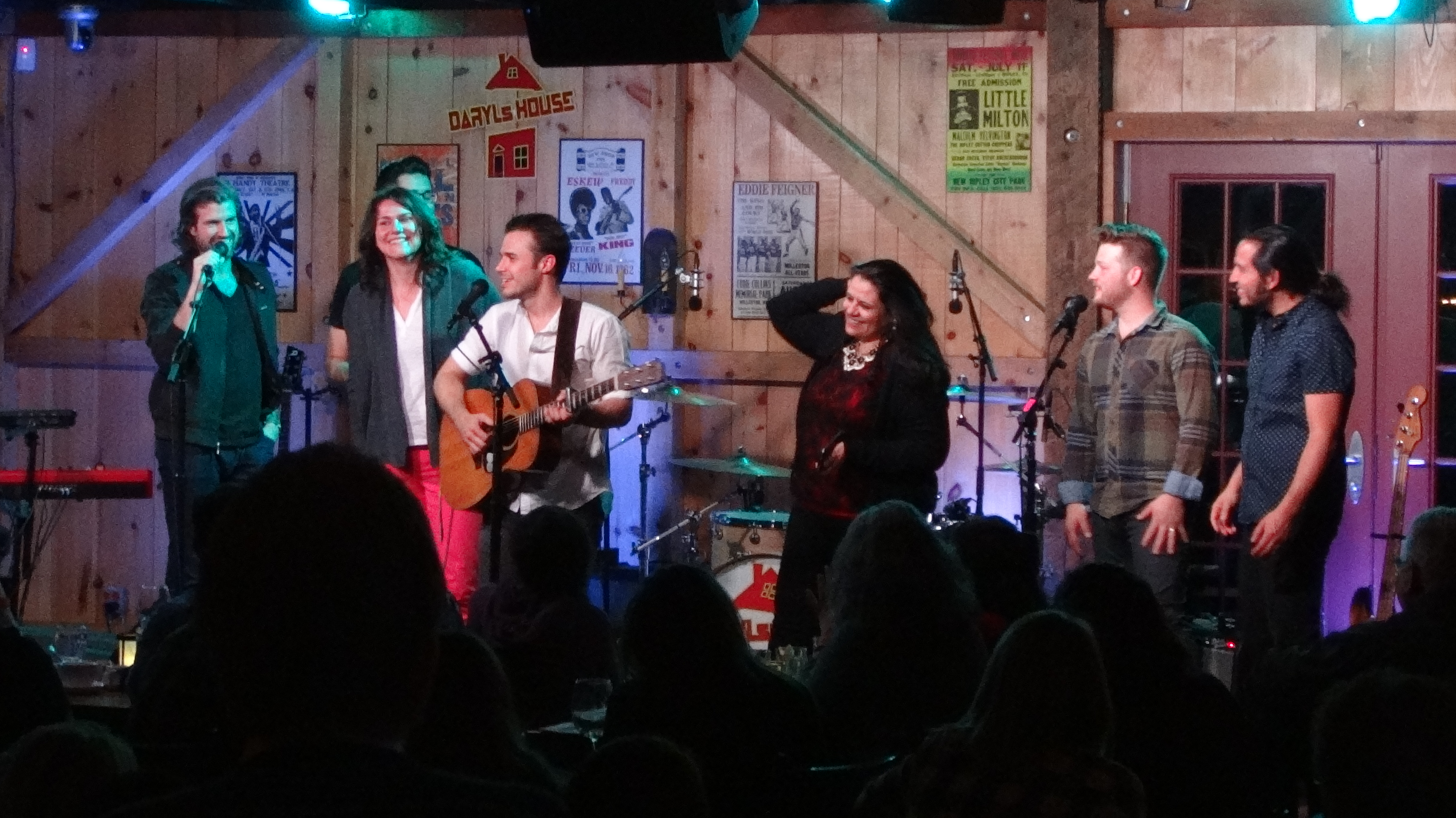 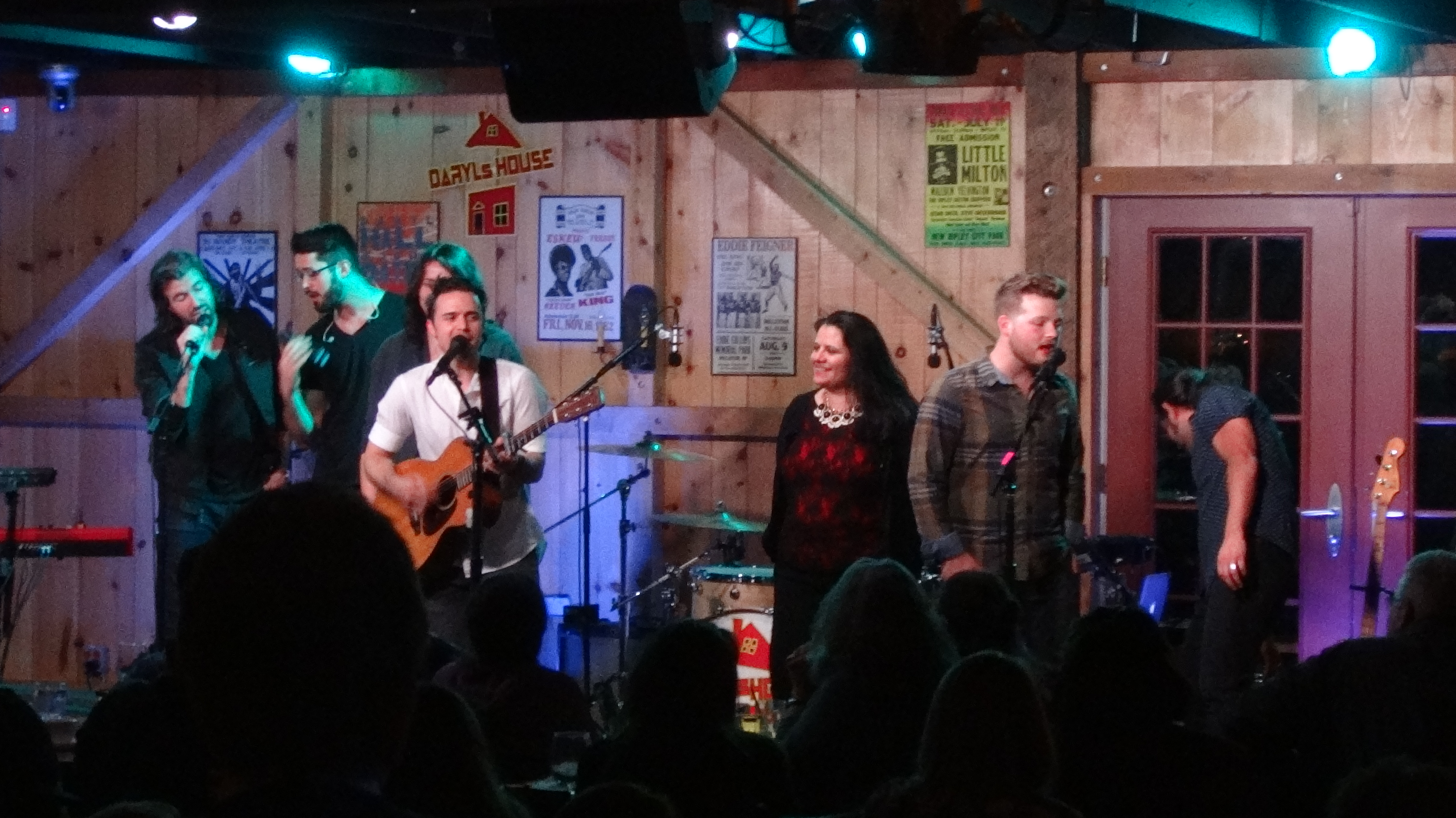