Saturday we made the trek to New York City to see Nick Carter on his solo tour. I had never seen him solo before so I was very excited to finally see him on his own.  Times Square was an absolute nightmare – so many people! I couldn’t figure out if something was going on or if it was just typical Saturday tourist insanity.

Opening the show was Riley Biederer who I guess was on the most recent season of The Voice. I stopped watching the show so I didn’t know anything about her, but I enjoyed her set.

Nick took the stage at about 9pm and played until almost 11.   His set was made up of a mix of his solo songs, new and old and some Backstreet Boys songs thrown in for good measure.  I wasn’t all that familiar with all of his solo stuff (I have most of his CDs but don’t listen to them frequently) but really enjoyed the performance.  We were looking forward to the “acoustic set” of the show which seemed to have the most Backstreet Boys songs in the set (I cheated and had a couple of setlists on my phone to help me keep track incase no one posted anything for the show) and when he said “Tonight is a special night” my friend Shea that I went with turned to me and said “Because Brian is here?” and sure enough Nick started I Want It That Way and Brian came out on stage and the place erupted in screams.  Brian also stuck around to sing Show Me The Meaning Of Being Lonely as well.  His son is in Disaster! the Musical on Broadway so we kind of figured he’d at least be in the city.  Also at the show was Erik from O-Town who I spied near the end of the show on the side of the stage.

While I would say I didn’t know the words to most of Nick’s set, I still had a TON of fun and he puts on a great show and has a ton of energy. I am glad that we made the trip! Super bummed that they took our tickets at the door though and the guy said he’d come bring them back and never did… and I didn’t see him after the show to ask. 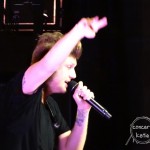 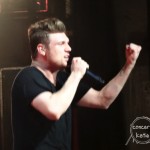 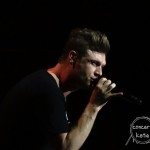 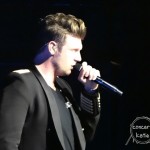 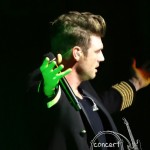 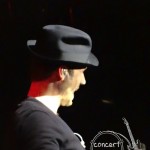 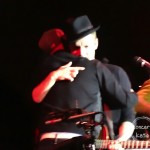 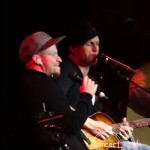 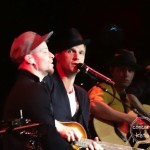 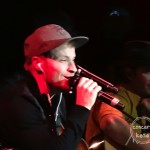 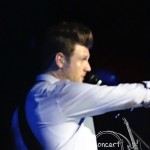 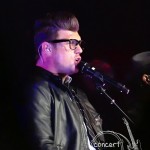 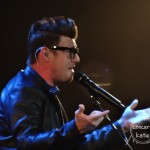 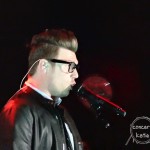 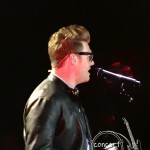