Product Review: Up24 vs Up2

February 10, 2016 by ConcertKatie No Comments 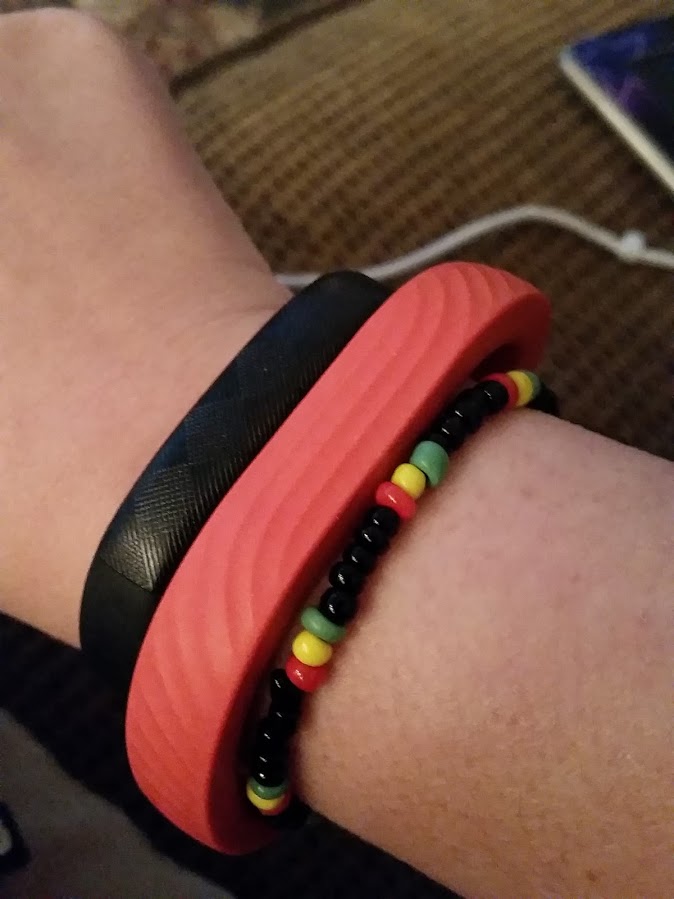 Last year I decided I wanted to get something to more accurate track the steps I was taking at work than just my phone.  In May, I ended up buying the UP24 on Amazon.  I set up the app on my phone and I was off.  I liked that in addition to tracking my steps, it also kept track of how long I was sleeping and that was very helpful in figuring out when to go to bed to make sure I could be somewhat productive the next day even when I had to wake up early.

There were a few things that I didn’t really like about the UP24 which were:

For 8 months I really had no problems with the UP24.  It did seem to lose some of the early data from when I first had it which was annoying as I liked to go back and see my most active days, but oh well. I wasn’t sure it was going to survive the trip to Jamaica.  The button where you push to let it know you went to sleep or switch modes seemed to be pushing on to the band in strange ways and it had a bump in it and I figured over time, whatever was inside would just pop right out the side of the band.

Well, I was right in that there was a problem in Jamaica, but not the one I thought.  The button you press popped off at some point and I didn’t notice, so now it was lost.  I could still manage to push the button if I stuck my finger in the band, but I figured getting a new button was the way to go.

When I went to the Jawbone website to figure out what to do to get a new button, it said first I needed to update my Firmware.  I had tried this before the trip because the update supposedly made the charge last 14 days instead of 7.  None of my computers recognized the band when it was plugged in and when I contacted customer support they said they would send me an Up2 as a replacement since I was still under warranty.

I was bummed that the Up2 was black because I loved my orange (persimmon?) UP24.  But immediately when I pulled it out of the packaging I knew that most of the problems that I had with the 24 were resolved with the 2.

Another feature of the UP2 is that you don’t need to tell it when you went to sleep, it just “knows”.  Most of the reviews I read say that it is typically off about 30 minutes for them, and after a couple weeks or so I think that mine is off by about the same as well.  Laying in bed watching TV before going to sleep seems to come across as being asleep.

One of the downsides is that it seems to take forever to let me know how long I actually slept, sometimes several refreshes on the app (Which is a different app than I had used with the 24, but it seemed to import all the info from the old band)  The 24 usually would immediately let me know “Good Morning!” and how much I had slept the night before.  This obviously isn’t a deal breaker as the update does eventually come through.

I’m also not a fan of how you charge the UP2.  The up “balances” magnetically on the charging USB, which is fine if you’re at a desktop computer and it’s plugged into a tower not near anything.  Charging it on my laptop doesn’t work so well. I also have a USB port near me when I sleep and found that I knocked it over during the night when I was charging it and it fell off the charger.

Overall, I am quite pleased with the UP2 replacement and will just have to work through the things that are not as appealing to me.