December 10, 2015 by ConcertKatie No Comments

Flower In Rain
Maria
Keep Me In Your Thoughts
Wagon Wheel
Days
Milwaukee
See You Later, See You Soon
Uninspired Gambling
Such A Way
Fat Bottomed Girls
Now I’m Not So Lost
Anth

I think this is the show where there were two really, really loud and obnoxious drunk girls. The venue was so tiny that almost any crowd noise could be heard, and for the most part everyone was being really respectful.  Except for these 2 girls.  Finally Stephen mentioned something about how he was trying to sing and heard what sounded like just gnats buzzing.  Everyone cheered because everyone knew exactly what he was talking about but unfortunately the girls didn’t get it!  Also after the show Jen’s car was involved in a hit and run and the side mirror got knocked off while it was parked outside.  If I remember correctly I was 21 but Jen wasn’t yet so I was the only one allowed to leave and come back in to the venue so I had to go out and scope out the scene and then call 911 to get a police report done up. 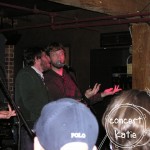 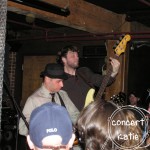 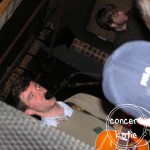 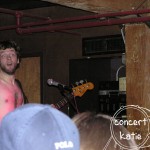