December 16, 2015 by ConcertKatie No Comments

SlapKoolers are pretty awesome. They are a combination of the Slap Bracelets you knew and loved (or maybe dreaded) if you are an 80s/early 90s kid like me as well as a neoprene beverage insulator.   The SlapKooler has 2 bracelets in side it so that it can grip your bottle or can of soda – or your wrist, if you want. (I had no soda around and couldn’t resist using it as a slap bracelet! These were actually banned from my school in first grade because they made all the kids crazy and a little bit violent! But boy are they fun!)  The neoprene is insulated to keep your drink cool and your hand not! The edges are rounded and you can use it as a marketing product by having SlapKoolers help you come up with a custom design for your business!  The “Hello My Name Is” also works great for parties – write your guests names on them and everyone will know whose beverage belongs to whom! 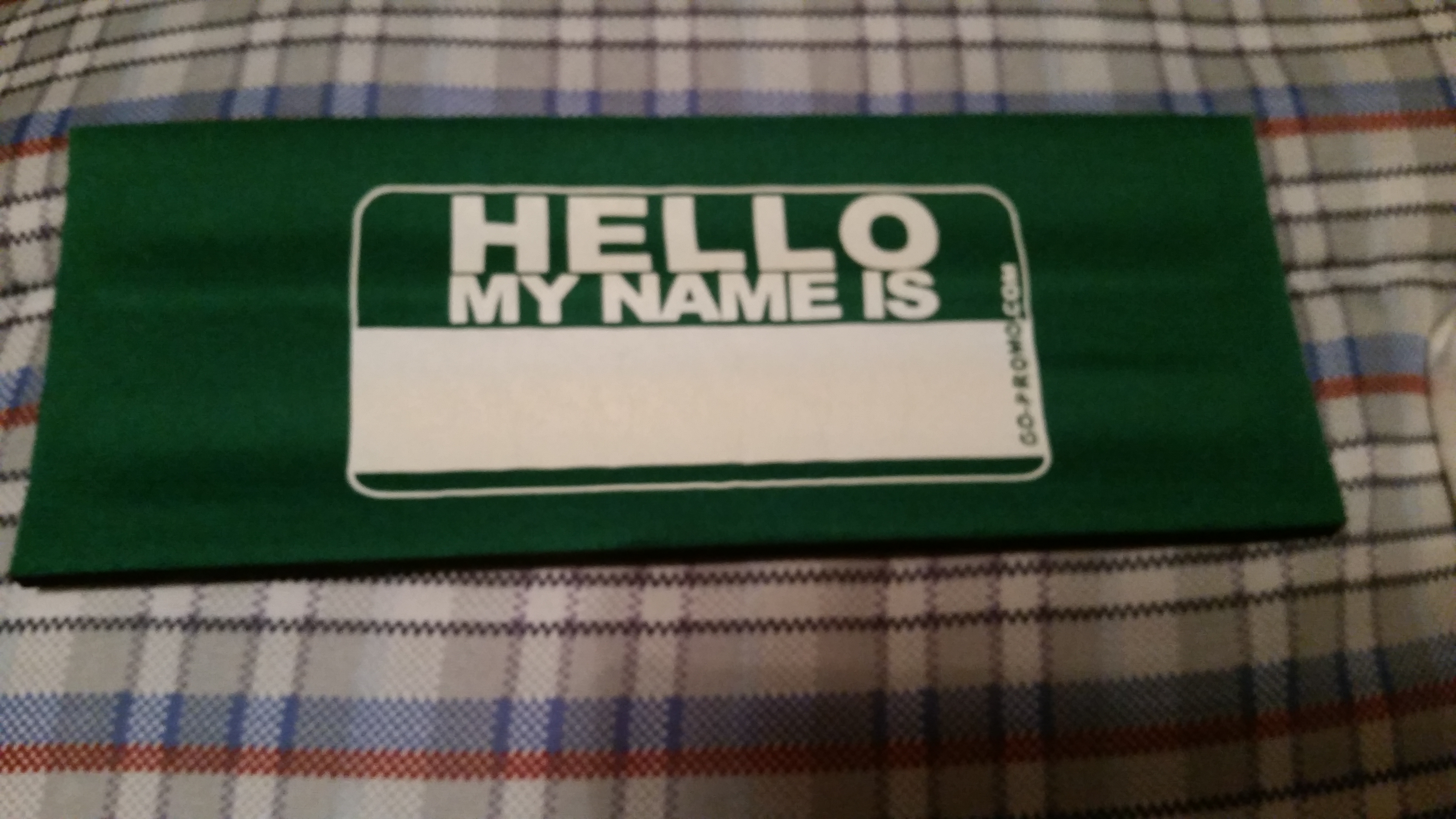 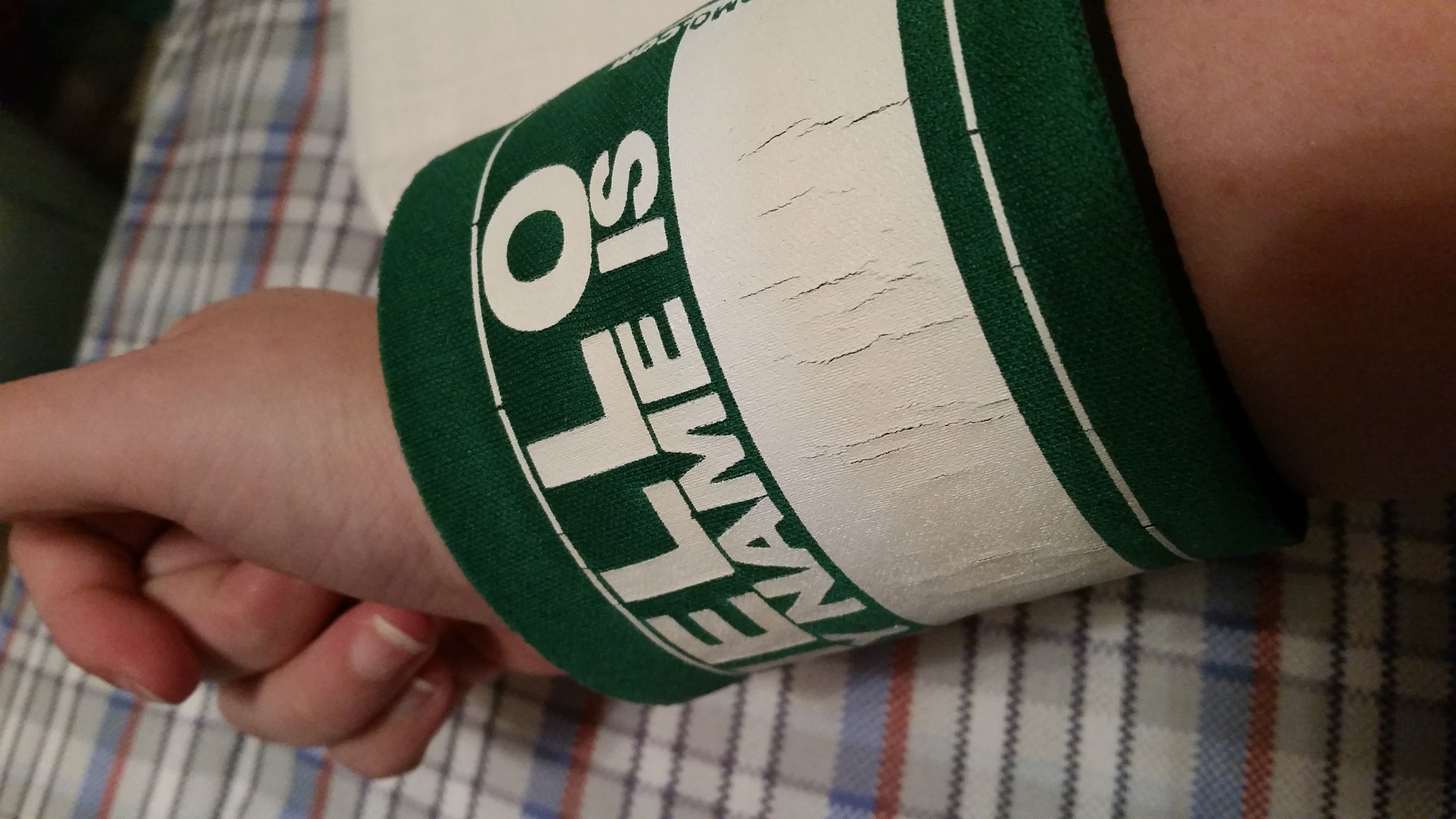 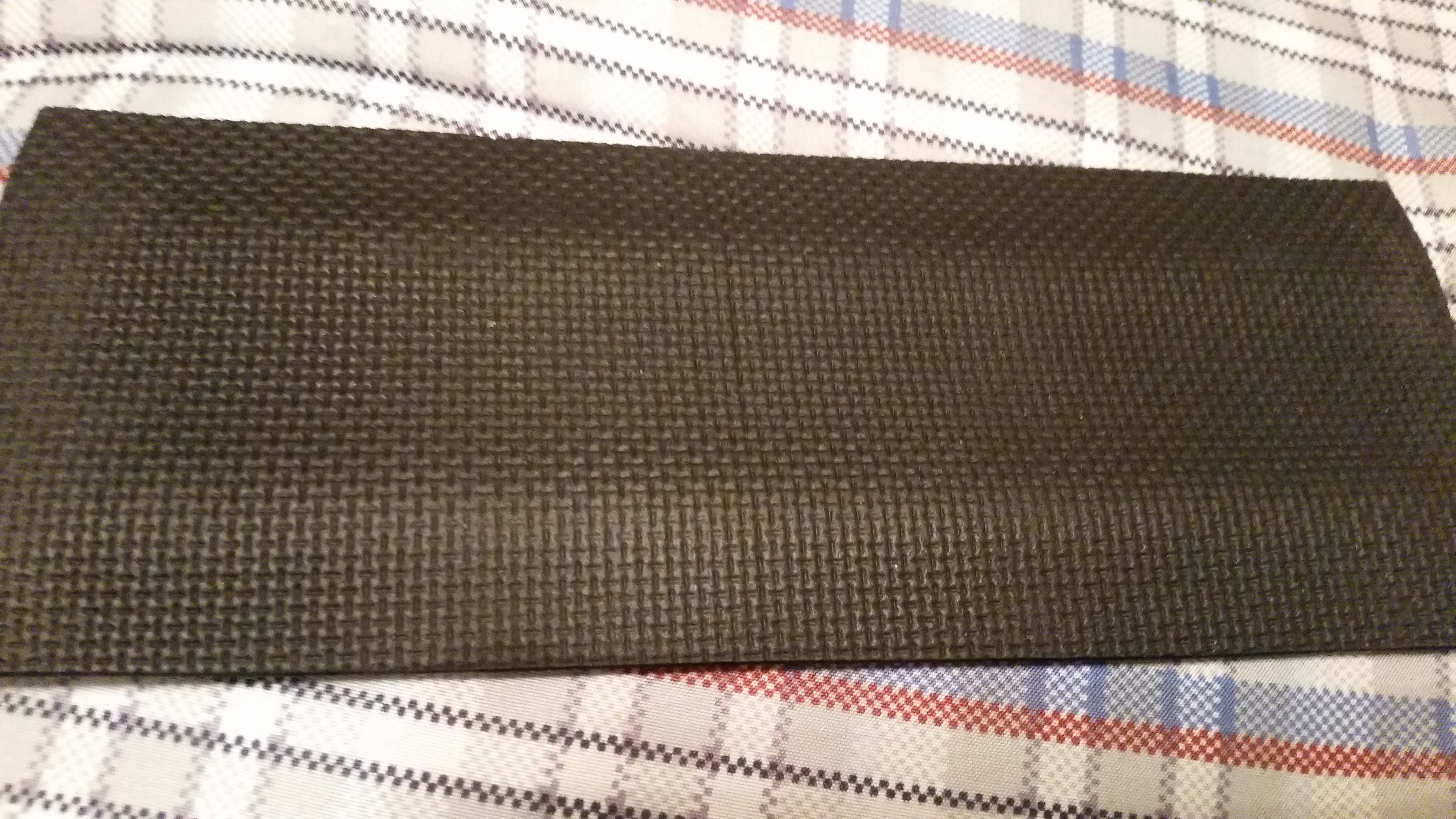 The SlapKooler is a one-of-a-kind promotional product that will elevate your event or party to a new level! Watch the grins go from ear-to-ear as your guests and fans light up with delight when they first try a SlapKooler!

All SlapKoolers contain dual recoiling steel bands encased in 4mm thick Neoprene (wetsuit material) topped with polyester fabric for easy personalization. No sharp exposed edges so they are extremely kid-friendly and tons of fun!
Safe, durable & fun slap koozies are both fun and functional toys made for everyday use, and the kids will love these! With the slap koozie, you get a perfect beverage insulator, slap bracelet, wrist band, and stress reliever.. the possibilities are endless! Proudly made in the USA!
I received this product for free in exchange for this honest review!

Saturday night was TIC’s Annual All Star Christmas.  It was a nice change from the past 2 years – 2 years ago I almost missed the show due to a crazy snow storm and last year there were flurries.  This year my car told me it was the mid-60s as I was driving to the show! 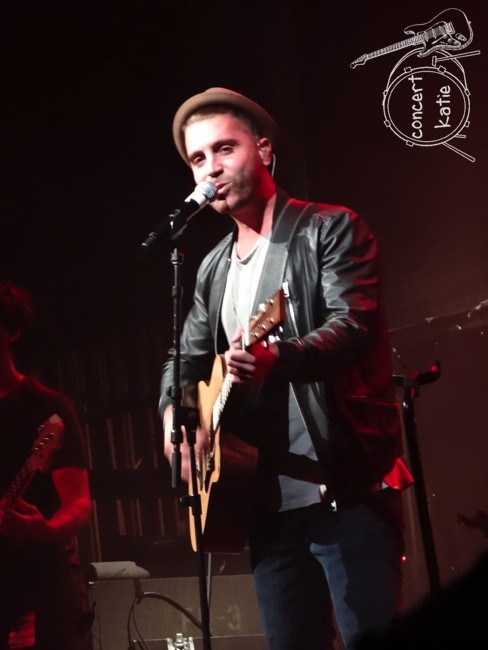 Opening the show was CT’s own American Idol Winner Nick Fradiani! He did several songs that should be on his new album and even had his Dad in his band with him! 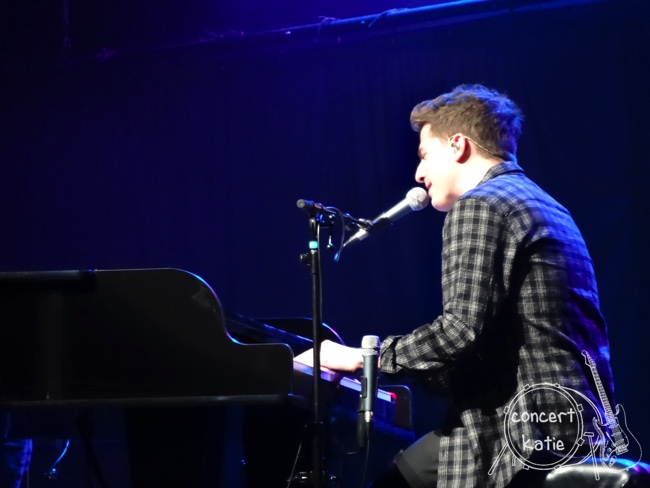 Next up was Charlie Puth. He seems to be blowing up lately. He mentioned he was 24 and then went on to say that one of his songs he was not going to say who it was about and that he was “pulling a Carly Simon” and that the parents in the audience would get what he meant. I’m not a parent and totally knew what he meant… His songs seem to have and older throwback feel to them which I liked… but I’m not sure I like Charlie himself. 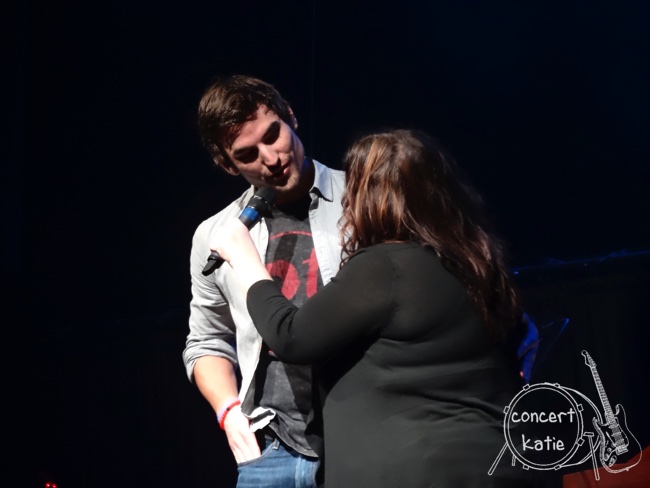 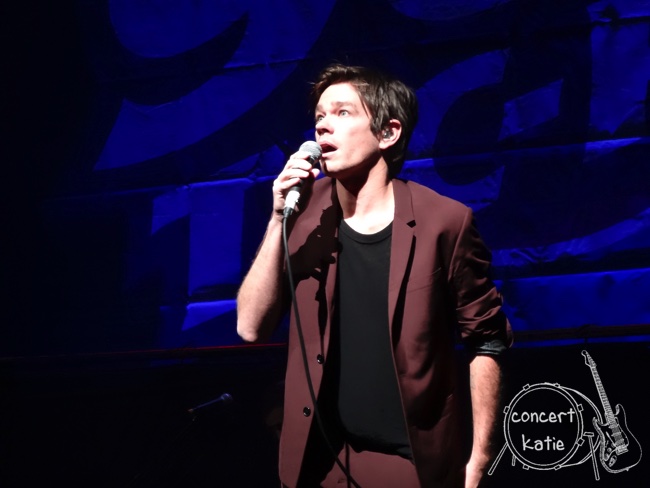 One of the guys from the Bachelorette was on hand to help TIC’s Gina J introduce Nate Ruess to the stage. I didn’t realize how many of his songs I was familiar with.  He had a lot of energy but I just can’t get into his voice.  He also did Rocket Man which he said was as close to a Christmas song as he had but I’m not sure how he made that connection? 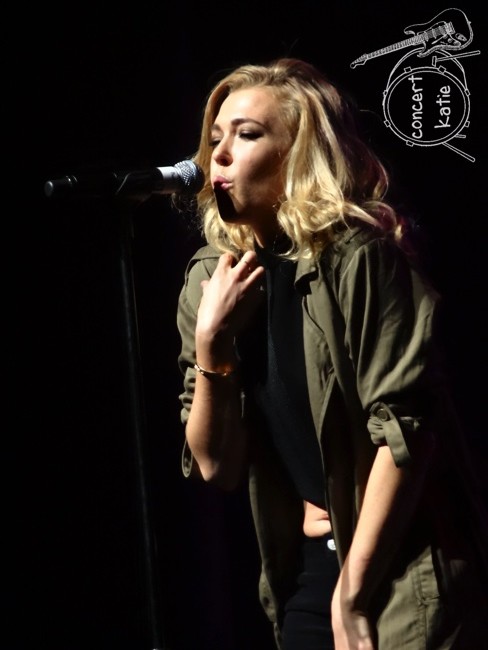 After Nate was Rachel Platten. I had never seen her before so I was surprised to see she was a Mandy Moore type with her belly button showing. I also never would have guessed that she was older than me. She came off a bit young on stage – getting so excited during one of her songs tha the phones lit up looked so pretty like a Christmas tree! I do like her 2 singles though, Fight Song and Stand By You.  She mentioned she’d be coming to CT on her tour in the spring but I am not seeing a CT date. I’d probably check her out again if she did come through. 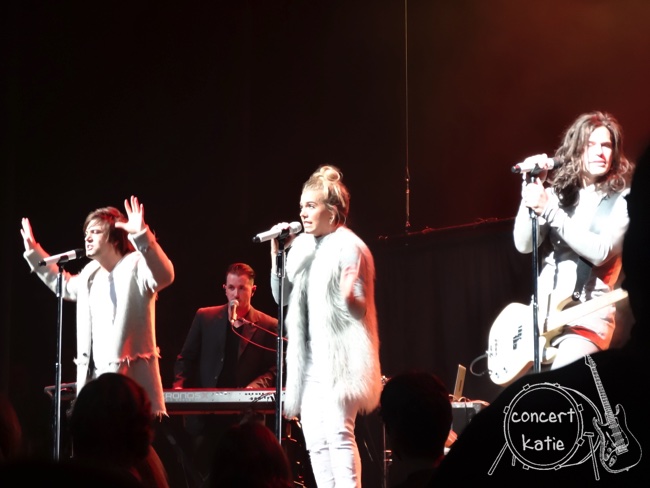 The Band Perry was up next.  For some reason their set up was all done squished to the other side of the stage. This was also when the row in front of me decided to show up and dance around all drunk and block most of my view. I enjoyed their set. They did a few new songs – Live Forever – after If I Die Young which was pretty funny. And one that they said they had never done live before at all so we were their guinea pigs. 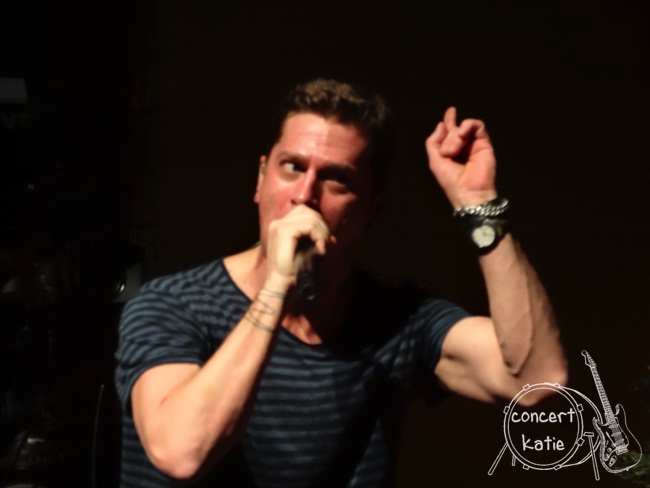 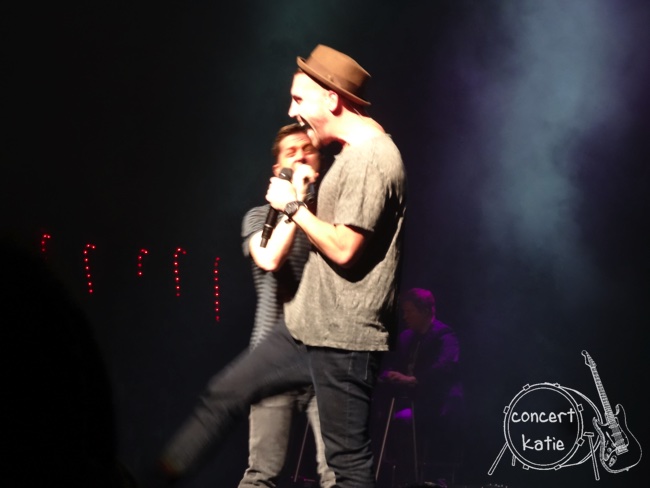 I planned on leaving mid-way through Rob Thomas’ set because I didn’t think I’d like him and wanted to not get stuck in the parking lot for 30-45 minutes after the show (what can I say, I’m getting old and wanted to get to sleep at a decent hour)  But a quick check of TIC’s twitter feed implied that Nick might be coming out to sing with Rob, so instead I figured I’d better stick around at least to see that.  I have to say though that I was very impressed with Rob. He has amazing stage presence and I really enjoyed his set.  He did have Nick come out to sing “Bright Lights” with him – although for most of it Rob just kind of sat back and let Nick have the stage which was really cool.  You could tell how excited Nick was to be sharing the stage with him and once it was done Nick said “BUCKET LIST!” and made a check mark.  I think Rob still had a couple more songs to go, but I snuck out after that – and I was not the only one.

Overall TIC put together another great line up for this show and I think it is the first time there had not been an an artist I’ve seen before in the line up!

I didn’t keep track of setlists but did try to piece them together later – so if you were there and know that I got it horribly wrong – please let me know!

The Band Perry Setlist
Santa Claus Is Coming to Town
If I Die Young
Live Forever
?New Song
Done
(Might be missing a song)

Rob Thomas Setlist
Give Me the Meltdown
Lonely No More
Her Diamonds
Let’s Dance
3 A.M.
Hold on Forever
Someday
Streetcorner Symphony
A New York Christmas
Bright Lights w/ Nick Fradiani
Smooth
(I left before his set was over so there may have been another song or two)