Thursday night Kelly Clarkson brought her Piece by Piece 2015 tour to the Arena at Mohegan Sun.  She had three opening acts along for the ride – Abi Ann, Eric Hutchinson and Pentatonix.

Abi was up first and at 17 years old I think she still needs some work.  I’m not sure if the sound system was off or she was but I can’t see her really going anywhere if she continues to sing so off key. She mentioned it was her first ever Arena and I just can’t see her being to that stage on her own, ever. Hope I’m wrong but…

Eric Hutchinson was up next. I was really excited to see him, last time I saw him was about 3 years ago.  He was a lot of fun and a really up beat set. I also loved how he had choreographed moves with his other guitar players. You’re never really expecting that from a band, but it’s always appreciated by this boyband fan!

Pentatonix was next up and somehow their stage seemed to take the longest to set up – despite the fact that they are an acapella group and had no instruments! They did have risers to stand on though and obviously those had to be safe and secure before they could take the stage!  They did a lot of the same songs that they did when I saw them headline back in March.  A new addition was a Michael Jackson medley that was amazing and the current hit “Cheerleader” which was pretty cool too even though I’m so sick of that song (and I haven’t even been listening to that much Top 40 lately… but I heard it 2 or 3 times just on the ride up the casino!)

Kelly took the stage at about 9:30 and played until 11! I thought I was going to be so tired and not make it through her whole set but she was so high energy that it was contagious and I could not believe that an hour and a half had passed when she was exiting the stage!

She promised to play her hits as well as showcase a lot of the new songs off her new album that she loved as well.  I think that she found a great balance between the two.

I love that before Mr Know It All she dedicated it to anyone who had a jerk of a man in their life – maybe a coworker.  I’ve definitely been dealing with that lately and never realized just how perfect this song fits the situation! Thanks, Kelly!

She has also been featuring an open mic night each night on the tour since she basically got her start at a really, really big open mic night.  We were treated to Mya Silva (https://www.youtube.com/channel/UCTfAe4DcgJHfWB4oI6AdL2g/feed) doing Gnarls Barkley’s Crazy!  After Mya, Kelly did the fan request which was Elvis’ Can’t Help Falling in Love.  I was a bit disappointed because the night before she did NSYNC’s Bye Bye Bye (though I’m not sure I could have handled that anyway!) and a few nights ago she did Nick Jonas’ Jealous.  Although she kills whatever she does so it was a great rendition and Elvis isn’t all that bad 😉

I was also super happy that the song that she decided to do for her throw back was my favorite Kelly song – Beautiful Disaster. It seems like she hasn’t done this one live since 2008 so I was quite happy to get to see it!

At the end of the set she did an amazing mash up of Bruno Mars Uptown Funk and Walkaway that was pure genius! Such a great mix of the two songs. I loved it! 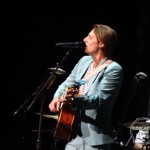 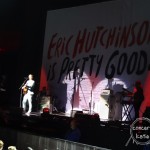 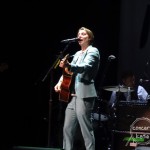 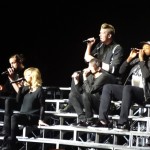 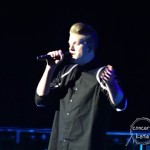 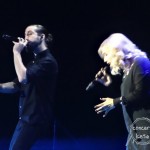 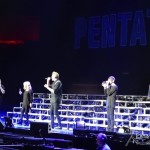 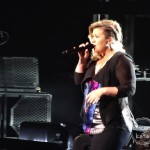 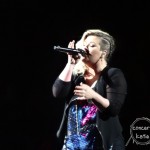 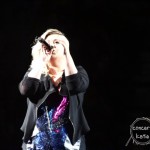 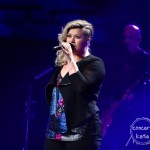 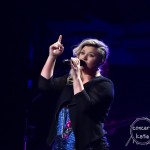 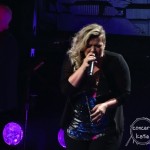 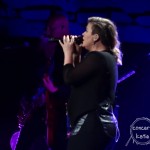 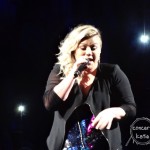 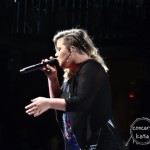 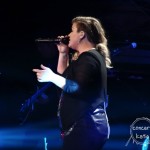 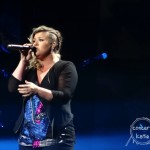 Dance With Me
My Life Would Suck Without You
Catch My Breath
Nostalgic
Mr. Know It All
Second Wind
Invincible
Piece by Piece
Because of You / Breakaway
Tightrope
Take You High / When Doves Cry
Behind These Hazel Eyes
Open Mic- Gnarls Barkley Crazy
Can’t Help Falling In Love
Beautiful Disaster
Stronger
Heartbeat Song
Walk Away / Uptown Funk


Bang Bang
Miss Independent
Since U Been Gone