December 10, 2014 by ConcertKatie No Comments

Thursday night Scotty McCreery performed at the Oakdale Theater along with Danielle Bradbery as part of a fundraiser for the 1214 Foundation.  Scotty is the National Goodwill Ambassador for this foundation which is to raise money for the community of Sandy Hook after the devastation that happened there back in 2012. He mentioned that before the show started it had already raised $60,000 for the foundation!

Danielle opened the show with a 45 minute set.  You may know Danielle from The Voice – Team Blake Shelton.  She did many original songs as well as a cover of Katy Perry’s Roar, Paramore’s Aint It Fun and Boston’s More Than a Feeling.  She has a great voice but I thought her set was a bit long.

Scotty took the stage at about 8:30.  He seemed to have everyone interested, but only the front sections stood for the majority of his set.  He opened the show with the song “Now”, which was a great choice to get everyone pumped up.  He talked a bit about how he was 16 when he tried out for Idol and was 21 now and that his original plan was to go to college and then move to Nashville to try his hand at music, but instead “Baby lock them doors and turn the lights down low” changed his life and the path that he was on and now he can sing for the rest of his life (but he’s going to college too!).  He also talked about how moving out to LA at 17 for the show was a big change and that “Brisk is not Sweet Tea!” and that no one out there knew what Sweet Tea was.  I can relate Scotty, recently someone from up here in the North told a Southerner that “Our iced tea is your sweet tea.”  Nope.  Not the same!!  He was really funny when he chatted between the songs.  He also talked about how Lady Gaga was a “mentor” on his season and we don’t know the half of it with what went on behind the scenes because they didn’t show it all and he had to remind her it was a family show.  He also talked about how the producers wanted him to sing more Pop songs and he told them “I. Am. Country.”

After Write My Number On Your Hand he went around and wrote his number on some girls in the front row’s hands – the number he wrote is 919-800-7527 – they flashed it up on the screens at the end of the song as well.  Give it a call if you want! Scotty will answer 😉

Before the end of his set he did a medley of the country he grew up on including covers from Hank Williams, Johnny, Cash, Elvis Presley and Alabama – complete with some Elvis dance moves!

The show ended a little bit after 10 and Danielle was doing signing and photos in the lobby after the show.  The line was pretty long so I didn’t bother to stick around and wait. 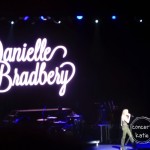 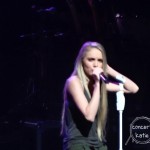 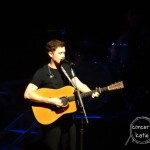 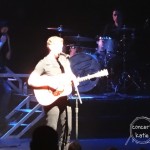 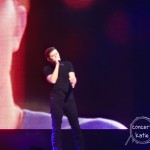 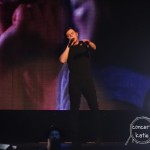 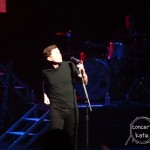 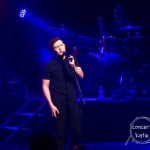 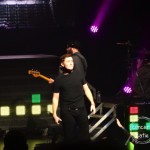 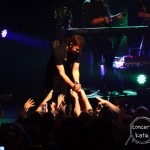 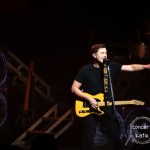 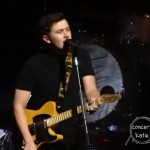 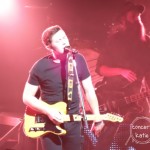 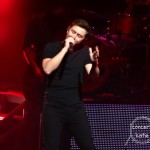 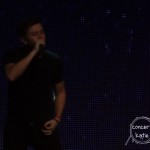 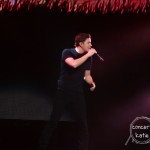 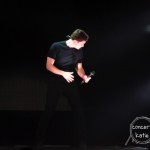 
Forget to Forget You
See You Tonight
Out of Summertime