December 22, 2014 by ConcertKatie No Comments 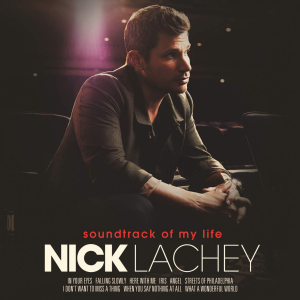 The latest CD release from Nick Lachey is “Soundtrack Of My Life” in which he sings some of his favorite movie songs.  I have to say, he has been hyping this CD up a TON on VH1 Big Morning Buzz (which I record and watch at least the first 15 or so minutes every day) and I was very disappointed with it. I found it to be mediocre at best and not his best singing performance at all. I am not sure if this was a rush to put out to get out of a contract, but it sure seems like it.  I do love Nick, but I do not love this CD.  It may be because I am familiar with very few of the movie songs he featured, and a couple that he did feature that I was familiar with (I Don’t Want To Miss A Thing, Falling Slowly) I love so much from the movie or from other versions that it is hard for anyone else to do them justice.

If you can pick it up deeply discounted in a holiday sale then consider picking it up. If not, I’d pass.