Saturday night Justin Timberlake once again brought his tour to the Mohegan Sun Arena.  For this show I decided to go VIP, but since I bought the last ticket for the cheapest package – I figured I’d be in the last row.  Of course, when I opened my ticket envelope and saw “Row A” I had a moment of panic, but it turns out that with the set up – Section 6 Row A was actually the last row!  But, let’s explain a few things here.  There were “only” 15 rows on the floor.  Then there were the expensive VIP tables and behind that the VIP Pit area.  And the great part about Justin’s show is that he comes to hang out in the back for a while – which happened to be right behind my row – so for a little part of the show I was technically front row!

I have not stood for an entire concert in quite some time, so I knew that I was going to be in for a rude awakening and that I probably wouldn’t have many chances to sit and still be able to see during Justin’s set.  I made it through most of the first half of the show standing – but decided if Justin was sitting to play the piano, then I’d have a seat too.  Fortunately, halfway through there is also an intermission so it was nice to have time to recharge a bit then too.  But the highlight was when he was in the “back” and I was able to sit the whole time and have a clear view of him.

The show was pretty similar to July’s show – except of course for when he was interacting with the crowd.  A T-shirt was thrown at him and he was teasing about how he did such a great job of catching it.  Then he asked if he should open it now and I guess was told yes.  He opened it and said “Oh, it’s you” and that the front of the shirt was a picture of her front and the back of the shirt was a picture of her booty.  Then he teased that he wouldn’t have to explain that at all!  Next an ugly Christmas sweater was thrown on stage and he said that he hoped the girls would take it as a compliment that it was UGLY. He asked about the battery life on the Christmas lights and if it would last him through the holiday season or not.  Later in the show he saw people facetiming the concert and said hello to the girl on the other end of the phone. He was teasing that they probably could have afforded to buy 2 more tickets.

He puts on a great show, but I can’t help but miss NSYNC when I see him! 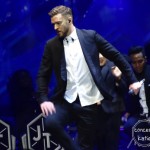 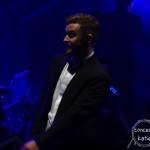 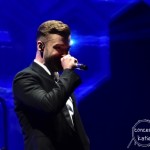 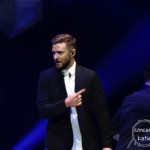 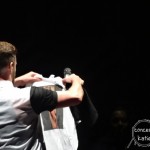 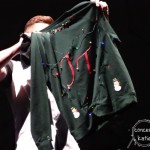 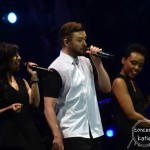 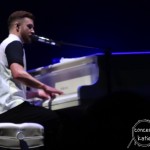 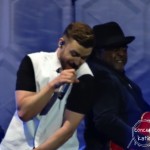 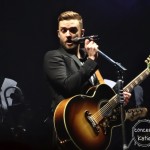 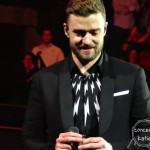 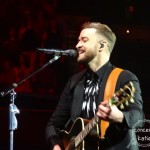 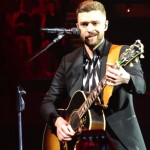 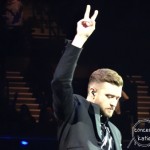 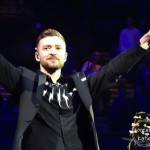 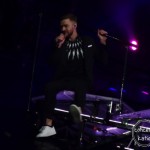 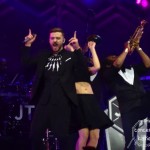 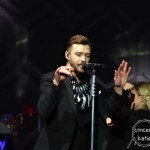