December 31, 2014 by ConcertKatie No Comments

Last year I debuted my Anti Bucket List  after being introduced to the concept by Holly at TravelingFan  She once again did her list for 2014 and I will too!  I used to make these long, extravagant lists of “This is what I hope to do in the next year!” in the beginning of January.  Then the end of December would come and I’d either scramble to get a few things more crossed off the list or I’d sit there and look at the list and how I only did 2 of the things on it and be disappointed.  With the Anti-Bucket list there’s no disappointment because you just have to reminisce about all the cool things that you DID do that year.  The only thing I may consider making a resolution for 2015 is to start writing down the cool things as they happen so I don’t have to go back and try and remember the past 12 months at the end of December. 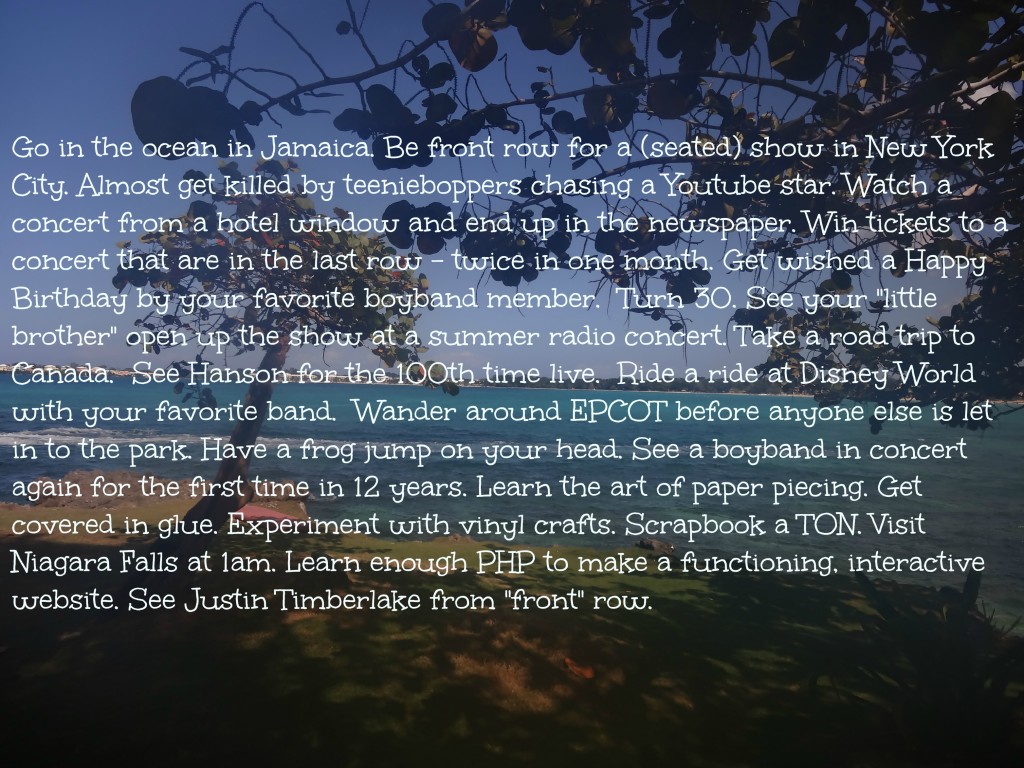