October 26, 2012 by ConcertKatie No Comments

This week Hanson was down at EPCOT for the Food and Wine festival for the 3rd year in a row. I hadn’t gone in the past, but this year I decided to make the trip.  Each night they play 3 sets and they were playing 2 nights, so I could easily add 6 shows to my count.

Day 1 we did a split of Animal Kingdom (I had never been) and EPCOT.  We started out near the back for show #1, closer to the front for show #2 and had a great spot for show #3 up front! Each set was short, 7-8 songs and you had to leave the theater and line up again if you wanted to go to each of the shows.

A few songs were repeated each set (obviously MMMBop was one of them) and they didn’t do any covers. It was also Zac’s birthday so at the end of the 3rd show we all sang happy birthday to him. Also worth noting is during the last show of the night, a girl got so excited she ran up on stage and hugged Taylor.  Then she went back to her seat.  The Disney castmembers kind of scrambled with what to do, but as far as I know didn’t kick the girl out (if I remember correctly it was the last show of the set) they did put the rope in front of the stairs coming down from the stage again, but really that wouldn’t have stopped anyone from a copycat performance!

After the show we stayed for the Illuminations fireworks show which was really really awesome. 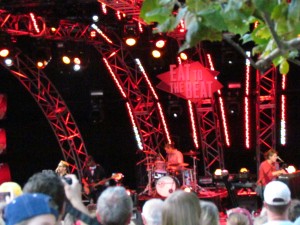 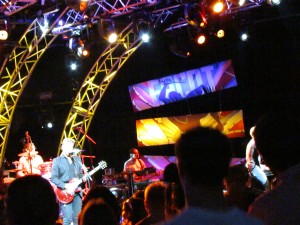 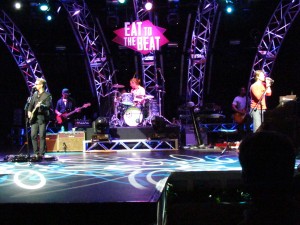