Stephen Kellogg at the Wolfs Den

October 7, 2022 by ConcertKatie No Comments 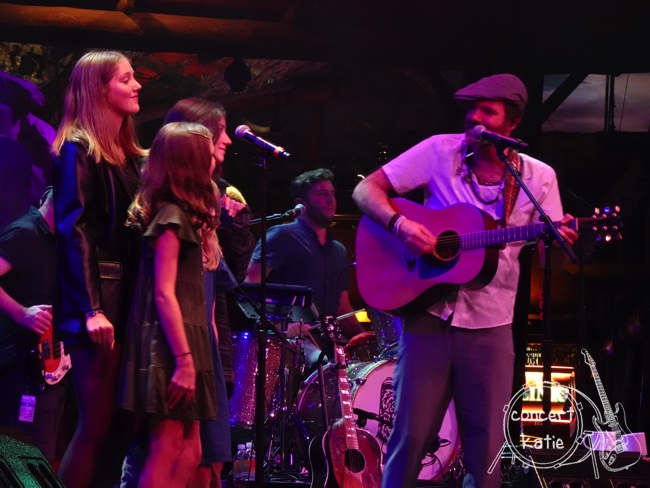 Friday night Stephen Kellogg and his band returned to the Wolf’s Den at Mohegan Sun to kick off the Keep It Up Kid tour.  The Wolf Den is a first come, first served general admission venue in the middle of the casino. You are allowed to line up starting 3 hours before the show – so for an 8pm start, 5pm.  I ended up getting there just a little after 5 and no one was in line at all. Stephen was doing soundcheck, so I sat at a nearby slot machine and watched soundcheck for about an hour. After a couple others started the line, I hopped in and we were let in shortly after.  Initially there was only about 10 people inside, but slowly the crowd grew.  The floor was all open for dancing and once the show started some people made their way down there but no one was right up against the stage until Stephen said for the encore they should make it feel like a concert and move up.

I was surprised that Stephen started his set with Thanksgiving, it’s long and not one of my favorites but I seem to be in the minority there.  The rest of the set was a nice variety with some new off his upcoming album (that technically is out already if you visit the kellogg family store) that is due out in December and a mix of older tunes as well.  I was really happy for “My Favorite Place” which is one of my favorites and the encore of Big Easy and See You Later See You Soon with dancing and a sing-a-long was just what I needed!

With no big show in the arena the casino was almost like a ghost town which meant I could finally get to Krispy Kreme post show without the line being down the entire hallway! Kind of a surprise for a Friday night.