October 24, 2020 by ConcertKatie No Comments 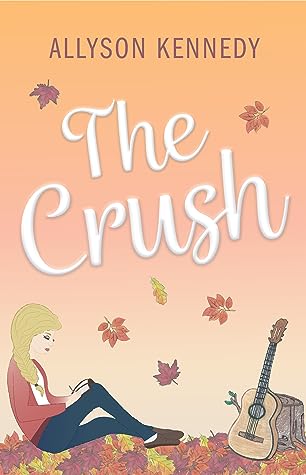 Emery Brooks grandmother had always told her that she should not settle for anything less than a love story handwritten for her by God. While everyone around her is starting to get “boy crazy”, Emery doesn’t seem interested. She knows that she will meet him when the time is right. She believed that her grandparents had the greatest love story and she wanted something just like theirs. When Sawyer Alston comes to town, she wants absolutely nothing to do with him. When she finds some of her grandmother’s journals from when she was about Emery’s age now, she realized that initially her grandmother wanted absolutely nothing to do with her grandfather and maybe the dreams she has been having about Sawyer aren’t that far off. But by the time she realizes that she may have feelings for him, despite him not believing in love, he is already dating a girl at school that Emery is not a fan of. But when Sawyer needs help and a lighthouse in his life, Emery is there for him and they become friends first and try to build a foundation before moving on to anything more.

I was hoping for a nice love story for an end of summer read. That was not what I ended up with! But I did enjoy the book just the same. I liked how there were the parallels between Grandma Adeline and Emery – even though Grandma had passed away, she was still a big part of the story through her journals and Emery’s memories of her. Fair warning – I won’t say what happens but a couple chapters from the end I ended up getting so frustrated I threw the kindle across the bed and had to wait a bit before finishing things out. I really felt a bond with these characters – maybe because Emery reminded me a bit of myself and the jerks at school of all the jerks I had to deal with growing up.

This book is the first in a series by Allyson Kennedy and I will be looking forward to continuing on with Emory in her journey!

I received a free e-copy of this book to read from Reedsy Discovery!

A combination hopeless romantic and old soul trapped in a teenager’s body, closet musician Emery Brooks wonders if she’ll ever find a love as timeless as her grandparents’. Fear of judgment and social alienation due to her older brother’s past mistakes render her incapable of writing a love song. Still, Emery holds fast to the ideals her Grandma Adeline instilled in her from a young age, vowing to allow God to handwrite her love story, to never settle for anything less.

That is, until love cynic Sawyer Alston enters her world. Broken by the wrath of his parents’ failed marriage, Sawyer has been uprooted from everything he’s ever known and now sees love as a void of empty promises. When Emery and Sawyer meet due to their mothers’ rekindled friendship, Emery soon realizes she’s in over her head.

For, despite her resistance, her first crush, her first glimpse at love, involves a boy who doesn’t believe in love at all.