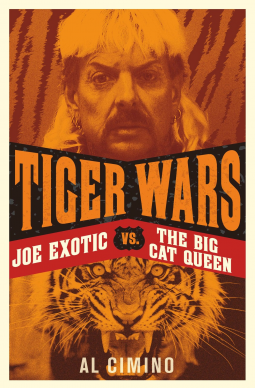 If you’re like me, you may want to go back to simpler times during quarantine when everyone was obsessing over binging Tiger King and the war between Joe Exotic and Carole Baskin.  So to try and make it last a little big longer, I decided to read Tiger Wars – which goes a lot more in depth about both Joe and Carole and their lives and their Zoos/Sactuaries.

While the story follows similarly to the Netflix series, there is a lot more backstory that I found to be very helpful with rounding out their stories a little bit more.  Still off the wall and absolutely insane though.

Baskin, who runs the Big Cat Rescue in Florida, a sanctuary for abused and abandoned wild cats, waged a long legal battle to have Joe’s exotic animal park in Oklahoma shut down for the maltreatment of his animals. But Carole had her own dark past and Joe wasn’t going down without a fight; he responded by plotting to have her murdered.

Tiger Wars delves deeper into this stranger-than-fiction tale and tells the shocking story of this big cat war, the cult-like characters involved and the spiral of obsession that landed Joe Exotic in jail and exposed the dark heart of America’s big cat obsession.