October 15, 2019 by ConcertKatie No Comments

When Hanson announced they were doing a show in Hawaii, I knew I had to go, even if I had to race back after the show for a personal commitment the following weekend. A few friends also were in on the trip so we booked an Airbnb and all were coming in and leaving on different days. I found a decently priced flight from JFK that was direct and about 10 hours. I opted for the cheaper economy seat, but wasn’t a fan of having my backpack under my feet the whole trip and decided to rethink that for the way home.

When I landed, I had to wait for my rollator (my first time traveling with it) and someone came with a wheelchair and then left when I said I was waiting for the walker. By the time it came, everyone else was long gone and I had no idea where I was going. Turns out they have shuttles but I completely missed that and started walking. I had plenty of time to kill as 2 friends were off on a tour and the other friend didn’t land for another couple of hours, so whenever I got to the Airbnb I got there. And then a guy came up and asked if he could help me. I told him no, I was fine (I had my backpack on and carry on sitting on the seat of the walker and was perfectly ok with that set up and had made it through JFK no problem that way earlier) but he insisted – and grabbed the bag off my walker to help me. Then tried telling me I needed to go with him to Kona. Fortunately he was walking at my pace and I was trying to figure out how to outsmart him because there was no way I’d physically be able to get my bag back from him. We wandered around for a bit – I kept telling him I was ok and he could go to security for his flight, but he kept saying no and asking me the same questions over and over “Where are you from?” “Do you live here?” his name was Joey and he was from Alaska and he was DRUNK. Which made me a little bit at ease because I could totally outsmart a drunk guy. Finally he asked security where there was an elevator and I must’ve had a look on my face that showed him that I was in distress because HE told the guy to give me my back and let me get on the elevator and that where he needed to go was elsewhere. We finally got out of the elevator and I started walking for a taxi only to find out Uber/Lyft were on the next level up, Joey saw me looking at a sign and came back out towards me but I booked it to the elevator and got away from him. My favorite was when he asked me if I had added him on Facebook yet. My phone has been hiding in my pocket this entire time and all I know is your first name and what state you are from – and now I am not getting to add my attempted kidnapper as a friend.

Tuesday another group of friends were coming in and the rest went to hike a waterfall, so I spent half the day getting acquainted with our AirBnB. I went to meet them to get added as a driver to the rental car – even though I wasn’t sure my plan to head off anywhere alone was going to happen because Joey had ruined that for me. We were hoping to head to a beach to see the sunset, but somehow a quick trip to the parking garage to drop the car off turned into a 2 hour saga that fortunately had a happy ending. We finished the day with birthday sushi – and I tried a couple pieces of tuna and enjoyed it. (But had rice for the majority of my meal)

Wednesday was our big day and when we woke up to see it was raining we were very concerned about our luau that evening. We headed off to breakfast of malasadas (if youre going to try a filled one – be very careful as they SQUIRT! We learned that one the hard way) which is a Portuguese donut. They weren’t bad but I’m not sure it was what we were expecting. (Fillings were a bit bland.) Then we got to Pearl Harbor where I fell in a puddle and the guy who helped me up felt the need to touch my butt. (This trip wasn’t shaping out to be very great so far) It was raining, but we were able to get on the boat and see the Arizona Memorial which had just re-opened earlier in the month. As soon as you entered you could smell the oil still leaking out of the ship. We googled and apparently it had been filled with 1.5 million gallons the day before the attack and leaks approximately 9 quarts a day – so 77 years later it is still leaking. I think that was just the most amazing/shocking thing. My (very tired) Math is telling me that it will leak for 1800 years following the attack.
Then it was time to get ready for our luau. I wasn’t entirely sure what to expect and was told the food is just so-so at any of them. The Paradise Cove luau we chose seemed to have a nice location, a lot of pre-show activities and the food was not bad either! It was just sooooooooooo hot! But eventually the sun went down, the pig got roasted and we were able to eat and enjoy the show. It was a lot of fun!
Thursday morning I went to the pool, the Hard Rock Café (and got my largest hard rock bear to date) and then a dole whip! I also splurged and bought myself a plumeria ring. I headed back to the room, showered and went to hang out in line for the Hanson show. The venue said they could hold 1200 and 500 tickets were sold – but I snagged a spot in the back by the soundboard and it definitely seemed a lot more packed than that! (Although many cleared out once they played MMMBop!) The venue even had special Hanson in Hawaii posters – they were just giving away! So cool! The show was a typical festival set, but it was high energy and a lot of fun. After the show Taylor had an after party – where we mostly just hung out on a couch and people watched. After we had an after after party and ate some pizza rolls we had bought on a Costco run. Best idea ever? Best idea ever.
The next day I had to leave – my flight took off at 3pm Hawaii time and landed at 7am NYC time – and then I had to be off to a benefit that started at 10am. (Which I was 2 hours later for but it’s all good because I made it) I also saw that Pete Alonso tied the rookie HR record just before I boarded the flight so that was exciting – even if there were no Mets hats to be found. (Lots of Yankees though. Ughh.) 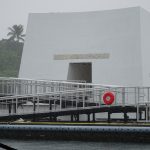 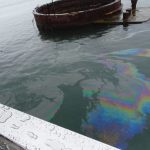 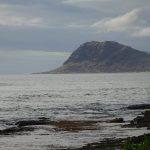 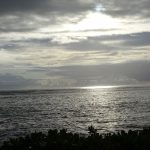 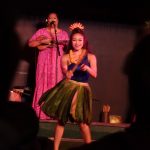 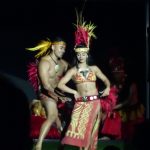 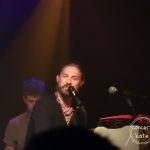 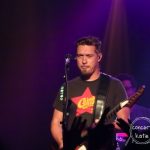 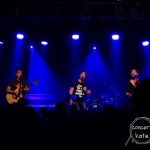 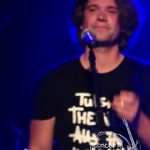