This weekend Justin had back-to-back shows at the Mohegan Sun Arena.  These shows were originally scheduled for December 2018, but since Justin was dealing with some vocal issues they were postponed and ended up being the last 2 shows of the tour.

The setlist for each night was the same, but I had mirrored seats for each night so that was kind of cool and totally made for a different show for me each night. Night 1 the main stage was blocked by a freaking tree a lot of the time when Justin was dead center so that was obnoxious. Night 2 I thought I was safe, but there was a camera blocking me here and there.  I really wouldn’t have cared about the “obstruction” if the tickets weren’t $400+ a piece – face value.

The first night Justin took some time to look at signs  – which apparently the arena got in trouble for so there was no outright mention of signs the 2nd night.  There was a sign that someone got a speeding ticket on the way there and Justin said he was glad she was safe – but wasn’t going to say how fast she was going.  Someone else mentioned that they had just had a baby 6 days ago so Justin asked if the baby was there. (It was not)  A lot of people with pregnancy announcements.

It took me until night 2 to really appreciate the show. It may have been because the first night he opened with his 6 dancers behind him which just made me miss NSYNC and by the 2nd night I was over that and could just enjoy it for the great performance that it was.  The stage goes across the whole length of the arena which really allowed pretty much everyone to be “close” at some point.  I was more near the center bar area each night but he split his time fairly evenly, I thought.

After the last show… he was saying thank you and said “I’m probably never doing this again”  What “this” is – we aren’t sure.  Play shows in Connecticut? Tour? Record music? Do a large scale tour? Be a solo artist? (Wishful thinking)  It kind of took the air out of the balloon… I guess what he meant will be found out in time… 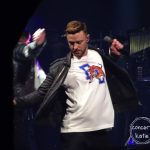 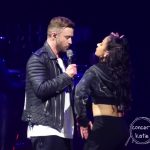 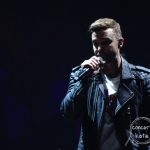 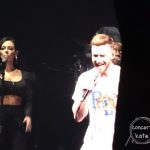 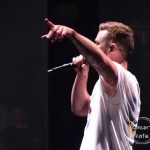 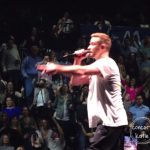 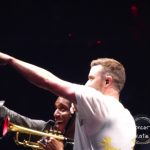 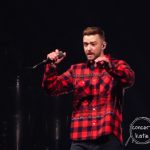 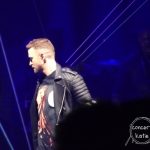 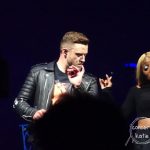 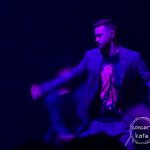 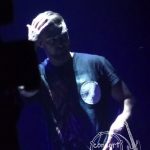 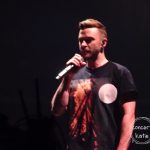 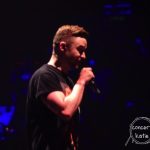 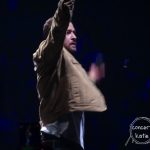 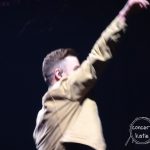