December 13, 2018 by ConcertKatie No Comments

Near the end of October I made a trip to Atlanta and Nashville to see Hanson’s String Theory Tour.   We had Friday in Atlanta to sightsee so we hit up World of Coke (pro tip – if you have a free ticket in your coke app, screen cap it because it will eat it before you get to the museum to redeem it!) and the Georgia Aquarium.   World of Coke was fun – we had a lot of fun in the tasting room trying all the different sodas from around the world and trying to not stick to the floor.  I really liked the blue raspberry Fanta and of course SURGE… both from North America but I think I did try at least 1 from each of the areas available.  The aquarium was a lot of fun too, we hit up the dolphin show, saw some otters, lots of fish, penguins… and finally found Nemo in the last place we looked! Saturday we took it easy until it was time to leave for the show, found a spot for dinner and headed to the Symphony Hall.  We had 3rd row center for this show and it was my closest show yet, we were between Isaac and Zac and the show was a lot of fun.  Not as great of sound as Denver, but good!  After the show we hung around for a bit to see if we could catch a glimpse of the guys getting on the bus (we did) and then headed to Chattanooga, halfway to Nashville, for the night.  When our hotel breakfast had the tiniest cinnamon rolls and “bagels for babies”, we hit the diner across the street for a real breakfast before heading to Nashville.  We got ready for the show, ubered to the wings mural and took some pre-show photos before grabbing dinner and heading to the venue.  It was FREEZING in Nashville. I had brought my winter coat and was glad I did!   For this show we had front row, all the way over to the side and it turned out to actually be a really great view – no symbol face for Zac and not as far over as the seating chart on the website had led us to believe.  I spotted “Slim” who plays guitar for Lady A (but used to play for Curtis Peoples) and Paul McDonald in the crowd and I’m sure there were more familiar faces around as well.  While the setlist is the same every night the show is not – and Zac sang “now that I’ve started…” at the beginning of chasing down my dreams but… no one else had started so he had to start again.  In addition to the mishaps, there is also a different feel with each orchestra and each maestro. (And Nashville’s happened to be adorable)  talking to Isaac after the show he said that he could notice a difference with each orchestra, their timing, loudness, etc.  I think my favorite shows in order are: Denver, Nashville, Atlanta, Pittsburgh.  I probably won’t be able to keep a ranking up with like 9 or 10 more shows to go. (Though I bet the Sydney Opera House will be up there. Yeah… I’m going back to Australia!) 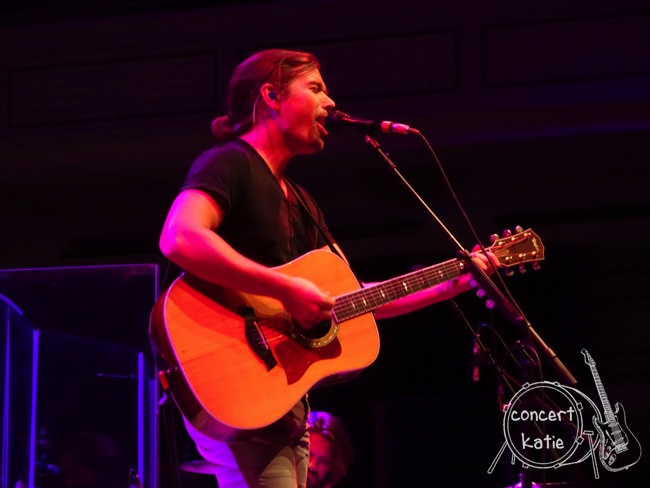 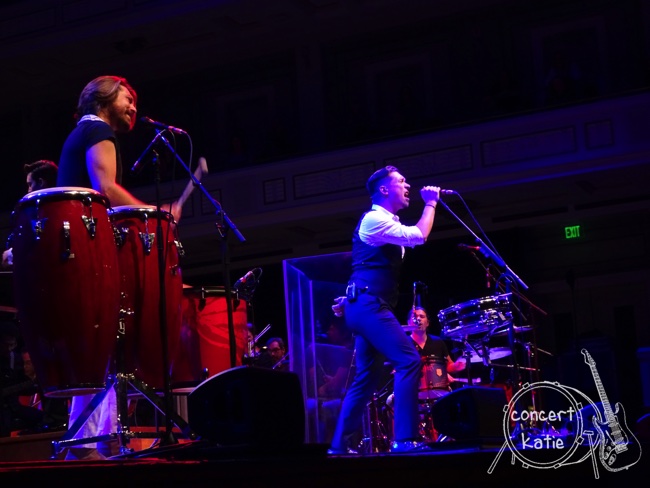 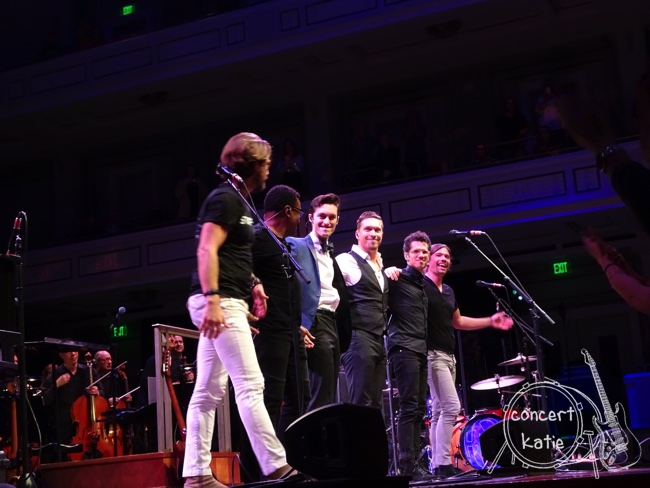 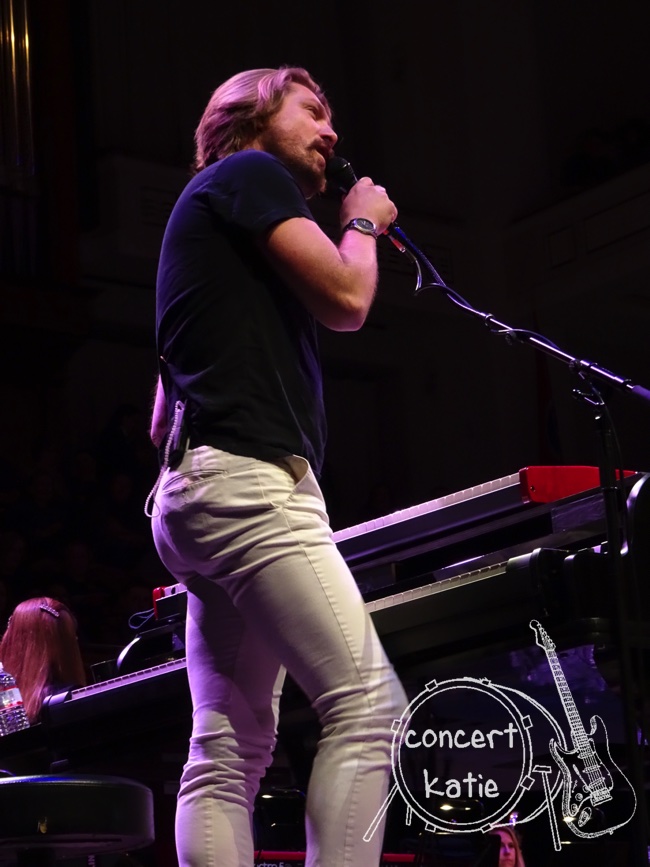 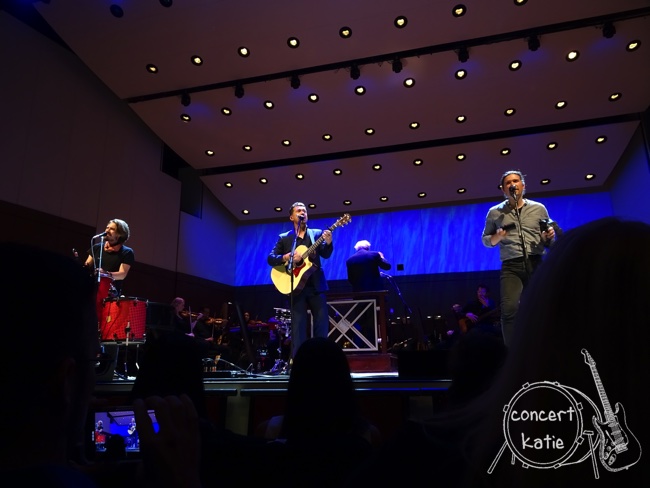 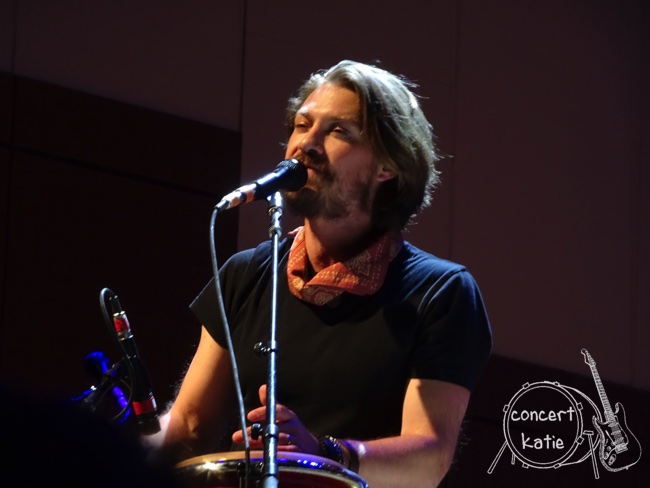 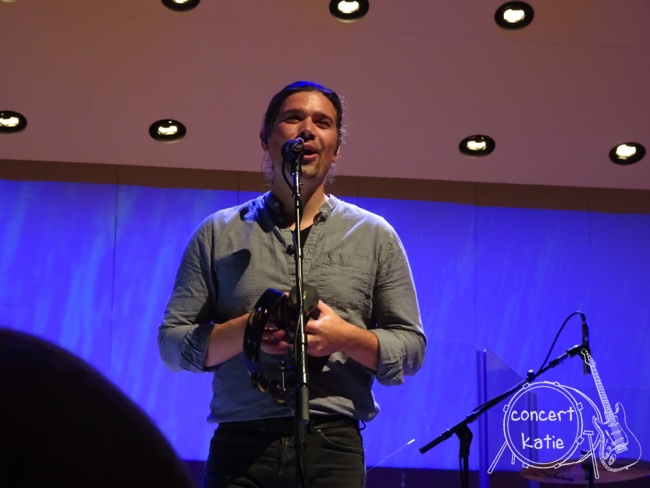 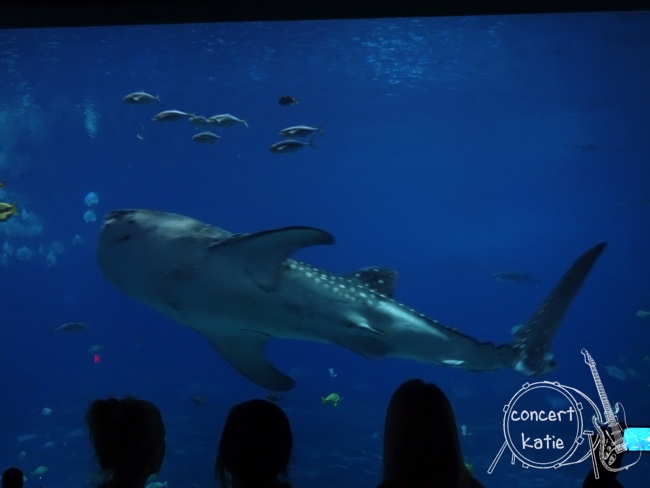 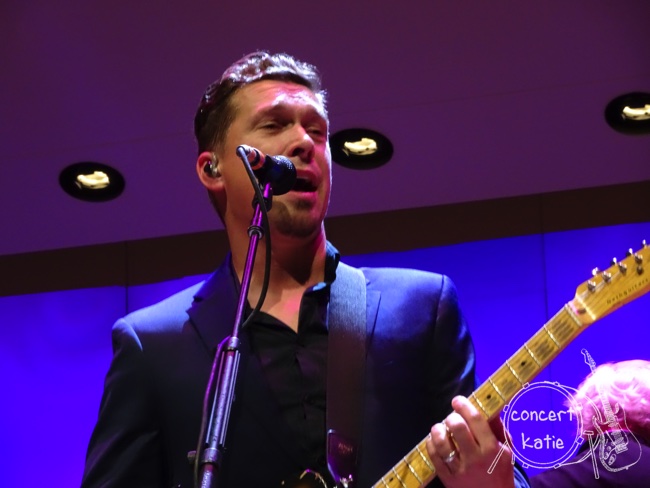 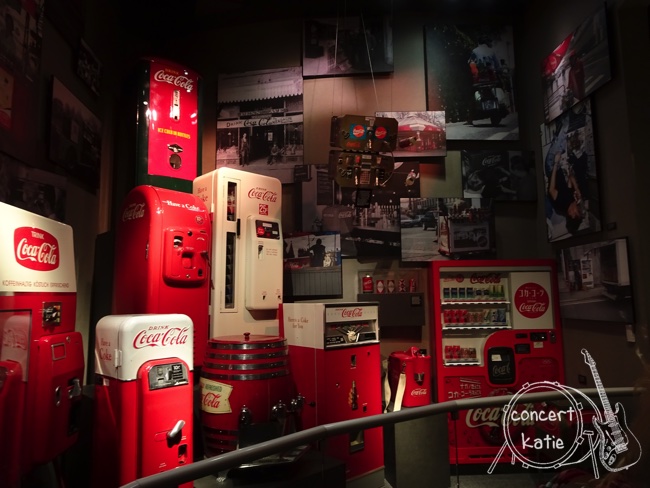