Hanson was scheduled to play the Uncorked and Unplugged event in Williamsburg, VA on December 9th.  At first I wasn’t going to attend because it was on a Sunday and 7-8 hours away, but my friend and I tried to figure out a plan and decided if we could get the VIP Meet & Greet tickets we would make it work.  After one of the most stressful ticket on sales that I have had to deal with in a while, the site crashed, we thought we may end up with multiple pairs of tickets and then finally finding a 30% off coupon that saved us some decent money our M&G tickets were confirmed!

About a week before the show, weather reports started saying that a storm might be coming through. We kept an eye on it and it moved south and we were only supposed to get rain in that area.  Then a couple days before it shifted again.  We headed to the Richmond, VA area the night before and the weather report said a dusting to 2 inches in Williamsburg, turning to rain.  Richmond was due for 4-8 inches.  With that information, we decided we could handle the trek and made our way to the winery.

Our tickets included a pre-show reception with champagne, oysters, a wine tasting and other snacks. I am not a wine fan but I did try a couple and was not impressed.  There was a string quartet playing a mix of Holiday tunes and pop hits (we walked in to them playing Taylor Swift. Yuck)  In addition to meeting Hanson we also got a M&G with Brynn Elliott, who I wasn’t sure any of her songs until she sang one during the show and I realized I had heard it on the radio.  The Hanson M&G was photos only and a quick hello, but we weren’t expecting anything more than that.

After the M&G we headed down to the tent where the concert would be held and waited for them to let us in – both times entering we were subject to incredibly intense security checks. It was not that easy to figure out where we needed to go for our seats – but we ended up making it to the front row.  Hanson had their acoustic set up so we were in front of Zac.

The “heated” tent was not that heated, I took my coat off for a bit just because it was soaking wet from being in the snow for 30 or so minutes waiting to be let inside, but ended up putting it back on for the rest of the show.  Heather Murphy was up first, I guess she is a local singer and did 1 original song and a whole ton of covers.  I kind of wondered why her set was so long, but it is what it is. (She did have a nice voice, I’m just not one to want to sit through a bunch of covers)  Brynn was up next – the radio station had to “stall” for 5 minutes before she was ready to take the stage and that was pure torture.  Her set seemed much shorter than Heather’s but was much more enjoyable.

Then it was time for HANSON!!! The set was a pretty generic festival set with most of the singles.  They did end up adding I Will Come To You based on the request of one of the radio DJs. (Who apparently asked them for it by the wrong name and Zac called her out on it before they started playing it.)  Near the end of the set, we could see a lot of commotion off to the side of the stage and then the guys were being yelled at to do just one more song – but they hadn’t gotten to MMMBop yet.  I did notice that the snow that was supposed to stop and turn to rain had not. (I always was told once the flakes started getting bigger it meant that the snow was going to stop soon – which was not the case.)  They ended up doing a shortened version of MMMBop and then Taylor was *determined* to fit in one more.  They were calling for the guys to come off the stage and it looked like they cut power to Taylor’s keyboard but he was still trying to play something.  In the end, they did White Christmas acapella and then told us we had to go because the tent had too much snow on it.  A lot of people came up front to try and get setlists, etc.  We were able to snap a photo of it just before one of Hanson’s crew got on stage and said we had to GO.  At that point I hadn’t turned around yet, and once I did I knew we had to get out ASAP because the roof was definitely being heavily weighed down by snow. We started throwing chairs out of the way to get out at that point since people were still blocking the way up front and got outside.  According to some of the radio DJs about 20 minutes later the back of the tent started to cave in.  We got to the car and started to clear it off and heat everything up and decide what we wanted to do.  It took us about an hour and a half just to get out of the grounds of the winery because cars were stuck, trees were down and the roads were a mess.  The dusting to 2 inches was more like 4 – and still coming down.

We decided to try and make it back to PA, but had a heck of a time once the GPS rerouted us off the highway and everywhere we went trees were down and the situation just was getting worse and worse the further we went.  Props to my friend who was able to navigate the roads and keep us safe – I am sure I would have had us in a ditch trying to weave around the trees. (And we did see a car just like mine in a ditch at one point.) After being forced to turn around because of a tree only to go back the way we came to be met with ANOTHER tree, we didn’t know what to do. Visions of being stuck on that road for the night in the snow were dancing around in my head. Fortunately 2 angels were in the cars in front of us and were able to pull the tree down so we could pass.  We stopped at a gas station to use the facilities and regroup – and decided the best thing to do was to turn around and go back to Williamsburg.  We had gone 20 miles in 2 hours and still had 30 miles to go to get back to the highway – and head to the Richmond area which had a FOOT of snow.

I booked a room at a Holiday Inn via the app… only to arrive and be told they didn’t have our reservation and that they were fully booked. (And then I was charged as a “no show” – how you gonna charge me for a room that didn’t even exist? But a refund is in the works now – they had no internet access to connect with the app system so the app didn’t know they were full to not allow me to book.)  We ended up calling a Hampton Inn and they had a room and power – apparently half the town lost power.  I’m not surprised, all the trees were getting weighed down and I’m sure many a tree came down on a power line.  We made it to the hotel, and the next morning everything was much, much easier to navigate and we made it home in good time.  Instead of working from the office a half day I worked from my friends place and ended up making great time back home as well. (So glad I have an understanding boss!)

Hindsight is 20/20 – I’m sure there are a lot of things we would have done differently had we known that the forecast was going to be so off base.  I am sure that the winery, event coordinators and radio stations would have as well.  And I am sure that if Taylor knew the tent was going to start caving in 20 minutes later (just before their set was supposed to end) he wouldn’t have fought so hard to try and squeeze in one last song. By the time we realized the snow was out of control – it was way too late to move on to a plan B.  I am just glad we ended up safe, were able to maneuver the car when it almost got stuck and didn’t end up stuck overnight in the snow on a road barricaded in by trees.  Things were not ideal, but things could have been so much worse. 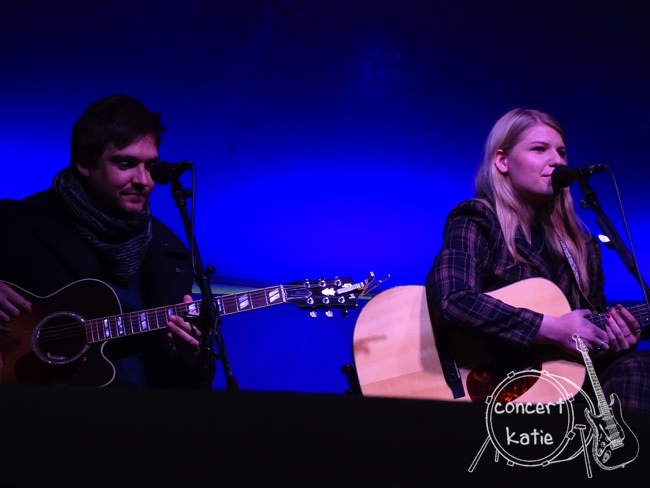 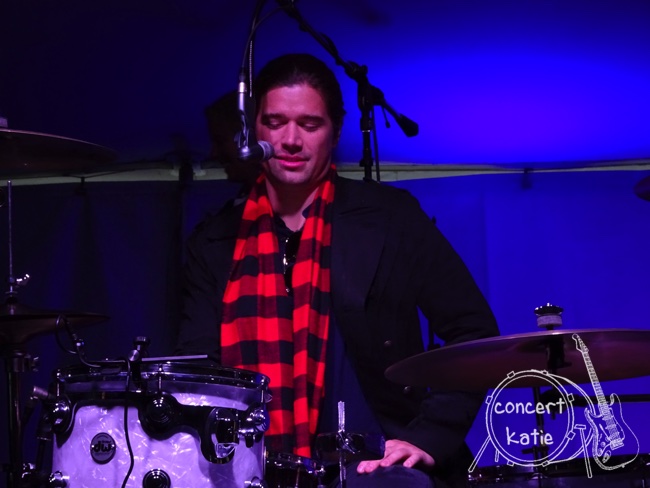 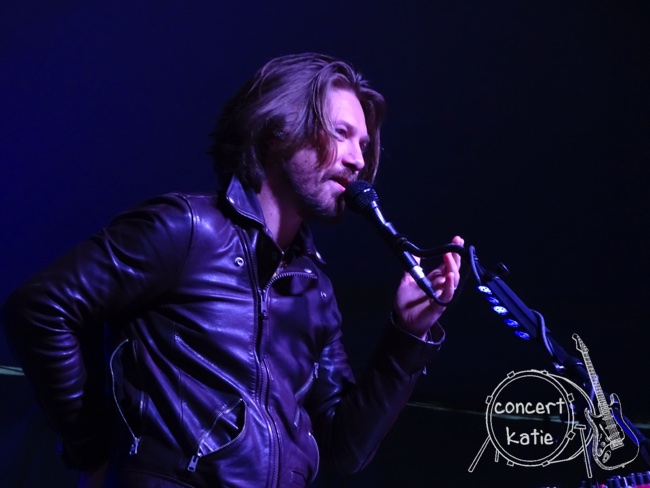 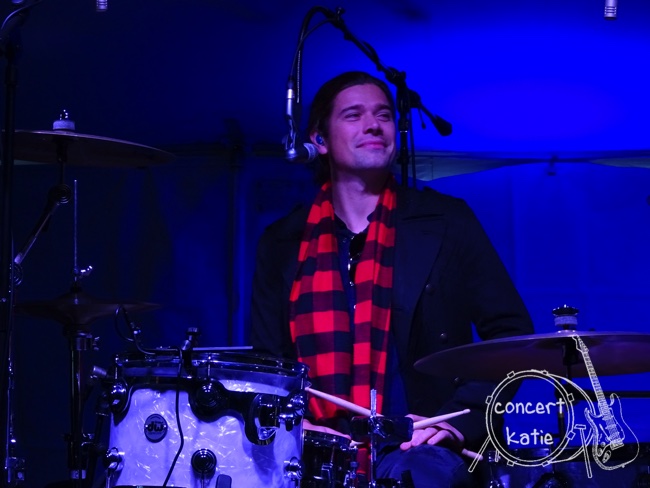 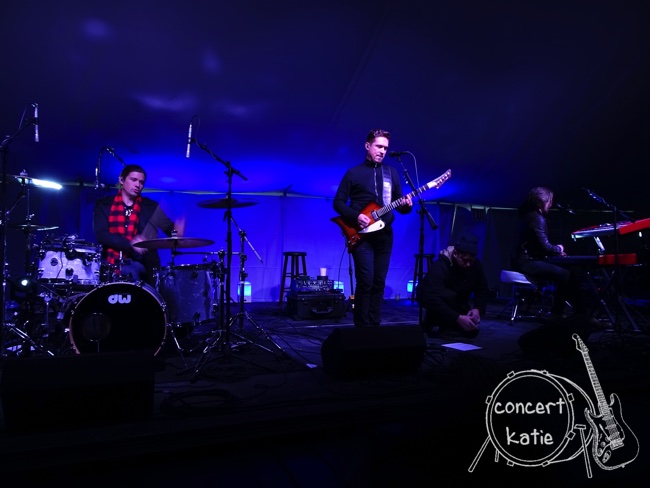 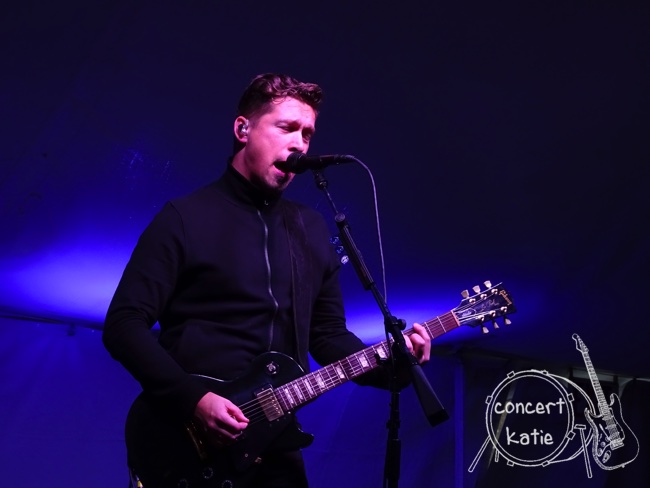