December 11, 2015 by ConcertKatie No Comments 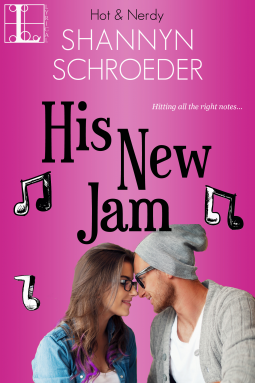 His New Jam is about Sydney Peters, a girl in marching band who is sick of playing just the symbols and wanting to play drums.  Then there’s Hunter, who seems to be flirting by playing her a song on his sax every day – most recently “Let It Go”, so maybe he thinks she’s an ice queen for ignoring him.  Sydney had a bad last relationship and isn’t sure she trusts guys anymore.  But somehow Hunter ends up breaking down her guard and her giving him drum lessons and joining his band turns into more.

This was a good book. It was short, which I always appreciate, which means it got to the point (and action) rather quickly.  Of course the relationship with Hunter and Syd was not without it’s drama, since both have had issues in the past that needed to be worked through.

Sydney Peters can’t wait to finally drop the cymbals in marching band and devote time to her true love: drums. With the semester coming to a close, she’s blocking out the cacophony during practice, especially sax serenades from Hunter Reed. But when Hunter offers her a paid gig as a drummer in his band, Sydney quickly changes her tune. The two favor different styles, but they make beautiful music together…in more ways than one.

Hunter is fascinated by Sydney’s distant allure. He might be a ladies’ man on campus, but the sarcastic cymbalist is impervious to his advances. When Hunter sees how passionate Sydney is behind the drums, he orchestrates a plan to find out if she kisses like she plays. What he doesn’t anticipate, however, is falling so hard. But will the repercussions of his past crash down on his chance at something real?