August 6, 2011 by ConcertKatie No Comments 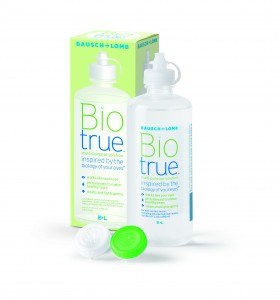 Play the Biotrue™ “Match-To-Win” game now through September 16th, for your shot at star treatment! One weekly winner will get the same celebrity gift bag shared by Bausch + Lomb at the Music Lounge during the 20th Lollapalooza Festival. But that’s not all: one lucky grand prize winner will receive a $1,000 Ticketmaster gift card to see their favorite musician live in concert! You get a new chance to win every day, so don’t forget to exercise your matching skills daily.

In addition, Bausch + Lomb is a proud sponsor of the VH1 Save The Music Foundation. The core mission of the foundation is to restore instrumental music education programs, ensuring that every child has access to a complete education that includes the benefits of music instruction. 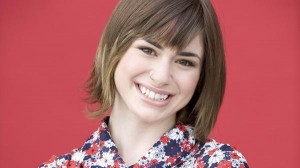 Earlier in the week I saw on my radio station contest sites that you could enter to have lunch with Siobhan Magnus from American Idol and also win tickets to her show at Summerwinds in Windsor, CT. The tickets were a bit on the expensive side so I decided I might as well enter if I wanted to go!

Tuesday at noon the contest was supposed to end. Entries were 1,000 points each and I cleared out my account on the website and put in 125 entries. (125,000 points!) However at noon it said “Pending Notification of Winner” and I never win when it says that! But a little later in the day I got the call that I won!

I wasn’t sure what to expect, but I thought there would be at least 2 winners because 2 radio stations had the item up for their contests. I figured there’d probably be more fans that there too and Siobhan would probably hang out for a few minutes but we would eat before she got there.

Boy was I wrong.

Turns out I was the only fan there and I got to spend 2 hours with her (and 4 others). It was a really cool experience and she talked about how life is during Idol, after Idol, and some “secrets” of Idol. We of course chatted about Hanson since we are both fans. (She spotted my necklace and said “good we’ll have something to talk about!”) There was talks about pets, Nashville, the music business, etcetc.

This was unlike anything I have ever done before and was so awesome. Tonight I have 3rd row tickets to see her perform and I am really looking forward to it!