December 31, 2022 by ConcertKatie No Comments 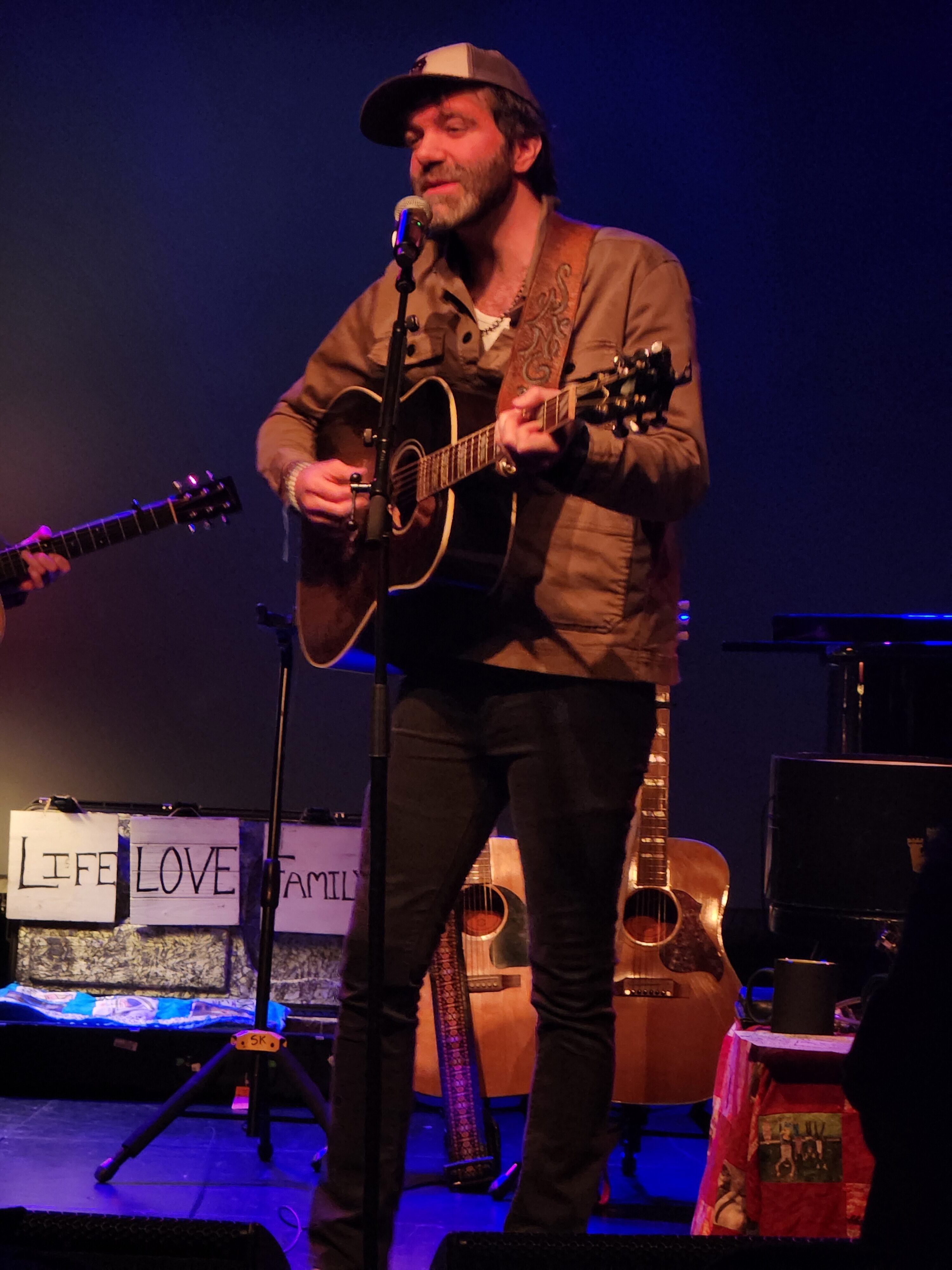 Thursday night, my 50th and last show for the year was Stephen Kellogg’s hometown show at the Fairfield Theater.  When the show started, Danny Black came out on stage by himself to play guitar and Stephen ended up walking around the crowd giving hugs and high fives to audience members while singing High Highs, Low Lows.  After his second song he said that he had an easel on stage and that each of the songs would fit under one of those topics and the topics would all be drawn out of a hat so we had no idea what show we would end up getting.  He also had to let Danny know what they would be playing and said that he might not even know all the songs so we’ll get what we get.  The first two songs were “Work” so he crossed that off and then the rest of the set was Parents, Legacy, Kids, Friends, Marriage, Sense of Humor, Health, Time, Heroes, Forgiveness and Integrity.  He did two songs for the encore after that, the second one being See You Later, See You Soon with the Kellogg Sisters.  (Sophia had also come out to play piano on Sweet Sophia) 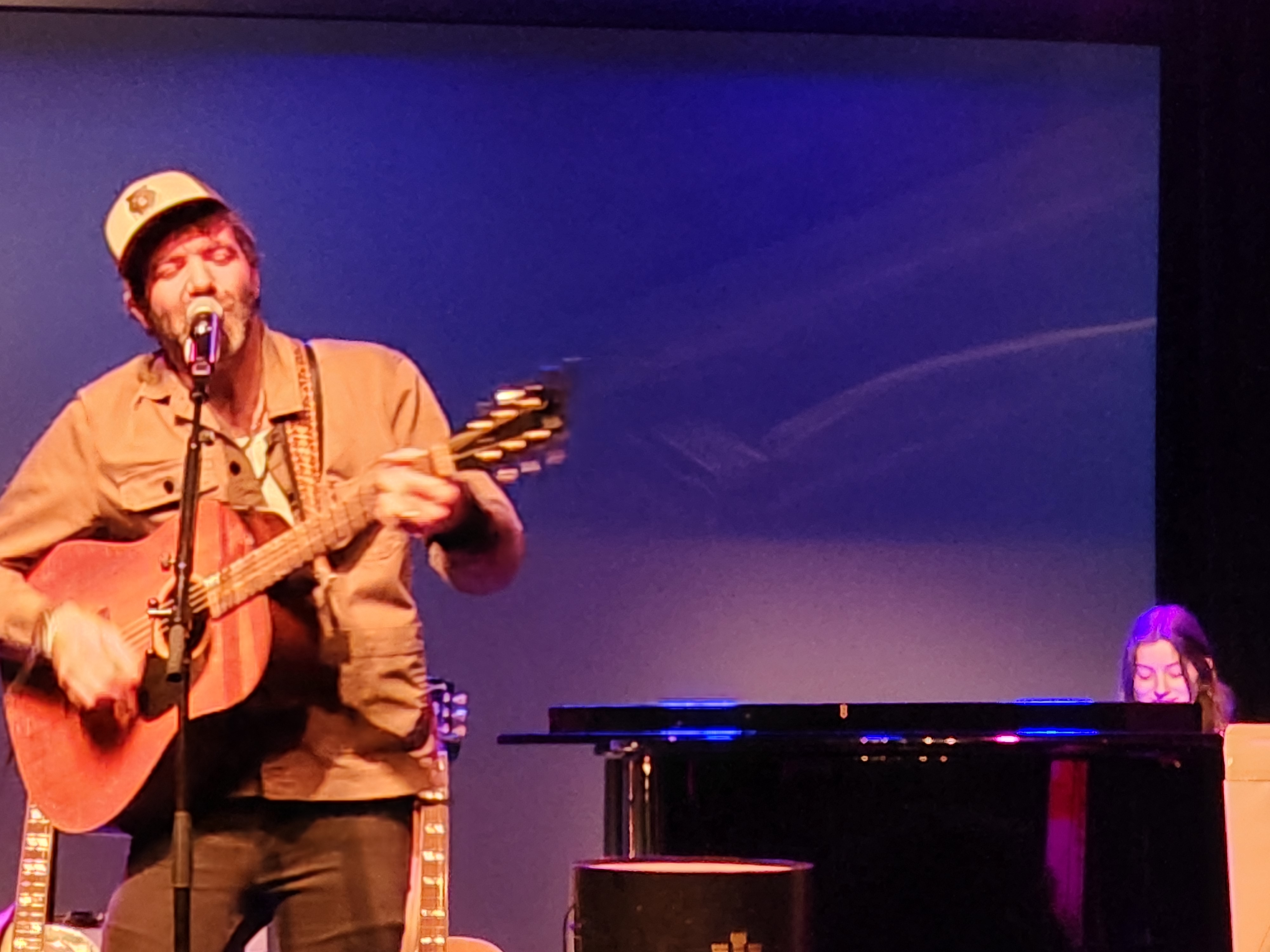 During Objects In The Mirror he ended up calling out some people who were on the side of the stage and talking and asking them what they were talking about and if they could please read the room because everyone else was being polite and listening while he was singing.  He ended up having to almost reprimand that side of the room a couple of more times because there was so much talking and then they yelled back “You’re not even looking at us!” so he told them if they wanted him to look at them they should have bought tickets that were facing the stage instead of being so entitled.  I have to say, I love sassy SK and he kept saying he “wasn’t sure who it was” but I had an idea and after they dramatically made a scene leaving (just before ‘sense of humor’) I was pretty sure Stephen DID know who they were.  This was confirmed when he came out at the encore and made a comment about how the show got so much better once that couple left.  Honestly though, he was the headliner, you had to have had SOME idea what you were getting into? And not that I condone ever speaking during someone’s performance – it’s not like he was a crappy opener or something! Also they could have easily went out the side they were sitting on, but had to walk in front of the stage to make sure everyone knew they were leaving. *eye roll*  I’m glad they left though because they were going to derail the show entirely if it kept going how it was.

With the way we had setlist roulette going on, it was a lot of fun to see what topics were chosen and which song SK would ultimately end up singing.  He had 2 pages in front of him that I thought were the setlist – but it must have just been a list of several songs that went under each topic. I’m assuming he did the same type of thing for his last 2 solo shows before this one and there’s definitely some variety in the setlist. 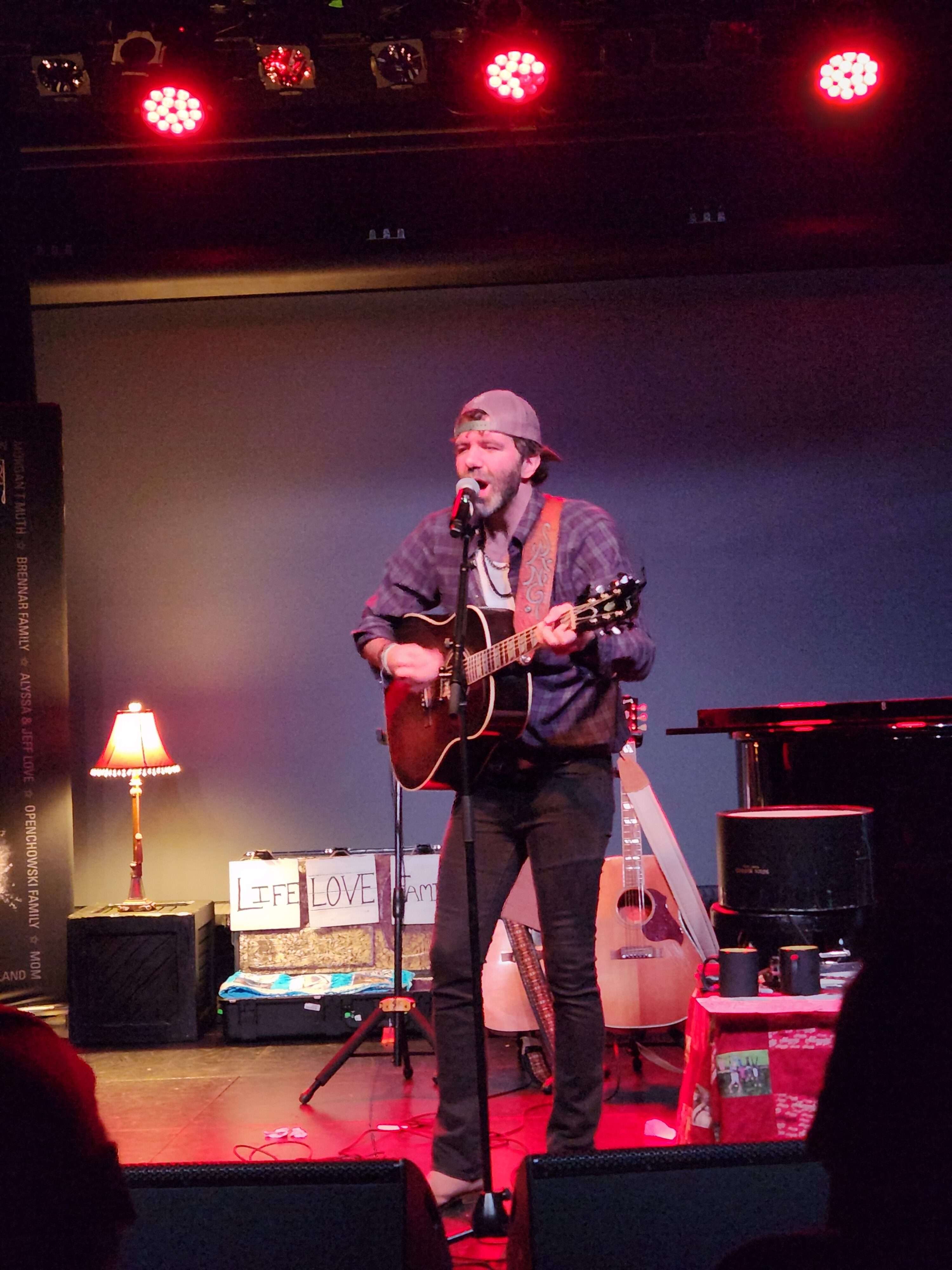 Also during the show Danny Black did an awesome guitar solo and then threw his pick and it hit my in the leg. I ended up finding it under the seat of the guy next to me with the assist from the guy in front of me! So that was pretty cool.