December 28, 2022 by ConcertKatie No Comments 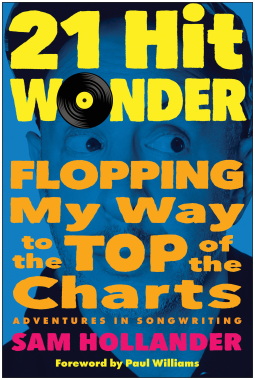 21-Hit Wonder is by Sam Hollander, a song writer.  I wasn’t sure if I was actually familiar with any of his stuff, but I always find these sorts of stories fun and fascinating.  And any book that essentially kicks off with the author being baby sat by Andy Warhol is for sure going to end up being a roller coaster and that it was.  There were definitely artists and songs throughout that I was familiar with – there’s a whole nice chapter with some behind the scenes info about Michael Tolcher and how he had such a marketable story (or three) about his life but he just didn’t feel like that’s the approach he wanted to take and end up not sticking with his label…  Sam was also involved in writing with Rich Cronin and had to do with the creation of the show that Rich ended up being on to create a Man Band (with Chris from NSYNC and Jeff from 98 degrees as well).  There was a whole chapter on his attempts to write songs for the American Idol winners and even some Lou Pearlman thrown in for good measure – what’s not to love?

Rising up the charts seemed, at many points in Sam Hollander’s career, highly unlikely. This is his story of failing his way to the top.

As one of the most renowned, multi-platinum songwriters and producers in the game, Sam Hollander has written and produced for the likes of Panic! At The Disco, One Direction, Katy Perry, Ringo Starr, Def Leppard, Carole King, Weezer, blink-182, Jewel, Train, Fitz and the Tantrums, Billy Idol, Tom Morello, and many others.

But before he was stacking Billboard hits, Hollander was piling up calamitous flops, false starts, and feeling like the world was moving on and up without him while he spun in place. Today he wears that decade of misses like a badge of honor.

In 21-Hit Wonder, he’s collected anecdotes from his wild music industry rollercoaster ride to help aspiring songwriters and other creatives learn about survival, endurance, scheming, hustle, and the importance of laughing even on the worst days of the journey. Music lovers spanning generations and genres will find stories about many of their heroes and industry icons.

21-Hit Wonder is one part chronicle of a songwriter’s storied career and another part love letter to anyone who has been counted out—from no-hit wonders and one-hit wonders to the novelties and the never-beens—and just needs a bit of inspiration to persevere. Sam’s inspiring story is proof that setbacks are just steps on the road to success. 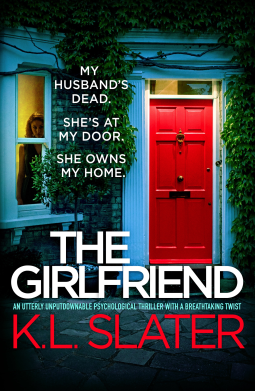 I have to say, I think this book hyped itself a little bit too much in it’s synopsis. I absolutely loved Gone Girl and The Girl on the Train so I was ready for a real psychological thriller.  The Girlfriend took a really, really long time to get anywhere I’d even remotely describe as “thrilling”.  It also probably needed several dozen trigger warnings…

The story begins with Jennifer and her family preparing for a big Halloween party to debut their new house that has just been renovated.  Jennifer’s husband, Cole, stumbles out of the house and takes off without telling anyone, though his son Miller sees him go and tells his mother he thinks his Dad is drunk and took off with the car.  No one seems to think anything of this despite the fact that he had previously lost his license for a year and they continue on with getting things ready for this party.

Shortly after, Jennifer is visited by some police officers who inform her that her husband has been in a car accident and did not survive.  Shortly after that, a woman shows up on her doorstep with a baby and says that she is Cole’s girlfriend and she also is the mother to his son.  After some investigating, Jennifer finds out that Cole was bailed out of near bankruptcy by Sara and her trust fund and now Jennifer has nothing – the home belongs to Sara and so does all her money.

The two decide that Sara and her son will move in with Jennifer and her son and daughter which I think everyone else in the book and the world didn’t think was a good idea… and all sorts of chaos ensues.

The rest of the book is all sorts of twists and turns as Jennifer tries to find out what she didn’t know about Cole, what her son did know and kept from her and what other secrets Sara is hiding.  The police then let the women know that it wasn’t the accident that killed Cole but rather he got struck in the head before his death and that caused the accident.  Now on top of everything else, they want to figure out who it was that actually killed Cole…

While I have to say I didn’t see some of the twists coming, this book just wasn’t it for me.

My husband’s dead. She’s at my door. She owns my home…

The doorbell rings, just days after my beloved husband’s sudden death. I don’t recognise the woman on our doorstep, with her buttery blonde highlights, a diamond bracelet identical to my own and a bouncing baby boy in her arms.

As I show her inside, I notice her eyes grow wide as she takes in our spacious hallway, and the big squashy sofas that we all used to pile on. She glances at the silver-framed family photos and my little daughter hiding behind my skirts.

She looks at me, her blue eyes serious. ‘I’m sorry’ she says. ‘I know this will be hard to hear. But I am your husband’s girlfriend. And this is his son.’

My world implodes. And then she tells me that she owns our home – and that she’s not going anywhere…

An utterly gripping psychological thriller from the number one bestselling author of The Marriage. If you like Gone Girl, The Girl on the Train and Lisa Jewell then you will be hooked by The Girlfriend. 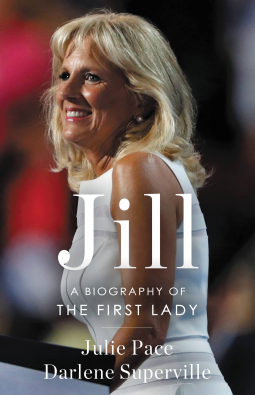 I really didn’t know much about Dr Jill Biden before reading this book, but she seems pretty awesome so I figured I’d give it a go.  My suspicions were confirmed, and she is pretty awesome by all accounts in this book.  I did find it rather odd that a lot of the excerpts were from her autobiography, but I guess that was released before she was First Lady so this biography covers everything the autobiography did and then some.  Quite a roller coaster of a read at times but truly interesting.

Most Anticipated by Daily Hive

Dr. Jill Biden has been described as President Joe Biden’s greatest political asset. Like many women of her generation, she holds her commitments as wife, mother and grandmother at the center of her life. She is a professor, earned a doctorate in educational leadership, and taught at Northern Virginia Community College. She broke barriers as First Lady as the first to hold a paying job outside the White House. “Jill” is the story of this accomplished American woman.

From her earliest days dating Senator Biden, to her embrace of Biden’s young sons Beau and Hunter Biden and the birth of their daughter Ashley; her role by Joe Biden’s side through Senate reelection race after Senate reelection race; her years as Second Lady; to Joe’s successful third run for the Democratic presidential nomination, Jill has lived in the public eye. In this deeply reported biography, Julie Pace and Darlene Superville of The Associated Press, along with writer Evelyn M. Duffy, reveal some of the private sides of Jill Biden. We come to better understand her personality, which has held the Biden family together through tragedy and good fortune alike.

Book Review: Playing Through the Pain 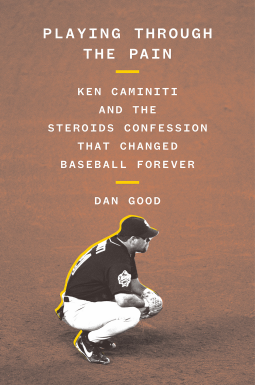 Playing Through the Pain is about Ken Caminiti’s Career in baseball.  While his career was a bit before my time following the sport, I certainly know about the impact that his confession had by being the first player to confess about having using steroids while playing the game.  This book gives an entire backstory on his life and how he made it to the majors and doesn’t just focus on the steroids’ which I appreciated as someone who otherwise didn’t know much about him.

He had a lot of injuries and in addition to to steroids had issues with other drugs as well.  The book has a lot of interviews with people who were close to him and involved during his career and his downfall and eventual death.  A very sad story of a player that could have been great if not often sidelined by injury.

The powerful story of Ken Caminiti, who changed baseball forever as the first player to confess to having used performance-enhancing steroids

In Playing Through the Pain: Ken Caminiti and the Steroids Confession That Changed Baseball Forever, writer Dan Good seeks to make sense of MLB MVP Ken Caminiti’s fascinating, troubled life. Good began researching Caminiti in 2012 and conducted his first interviews for his biography in 2013. Since then he’s interviewed nearly 400 people, providing him with an exclusive and exhaustive view into Caminiti’s addictions, use of steroids, baseball successes, and inner turmoil.

Decades later, the full truth about Major League Baseball’s steroids era remains elusive, and the story of Caminiti, the player who opened the lid on performance-enhancing drugs in baseball has never been properly told. A gritty third baseman known for his diving stops, cannon arm, and switch-hit power, Caminiti voluntarily admitted in a 2002 Sports Illustrated cover story that he used steroids during his career, including his 1996 MVP season, and guessed that half of the players were using performance-enhancing drugs. “I’ve made a ton of mistakes,” he said. “I don’t think using steroids is one of them.”

Good’s on-the-record sources include Caminiti’s steroids supplier, who has never come forward, discussing in detail his efforts to set up drug programs for Caminiti and dozens of other MLB players during the late 1990s; people who attended rehab with Caminiti and revealed the secret inner trauma that fueled his addictions; hundreds of Caminiti’s baseball teammates and coaches, from Little League to the major leagues, who adored and respected him while struggling to understand how to help him amid a culture that cultivated substance abuse; childhood friends who were drawn to his daring personality, warmth, and athleticism; and the teenager at the center of Caminiti’s October 2004 trip to New York City during which he overdosed and died.