September 12, 2019 by ConcertKatie No Comments

David Cook made his return to Daryl’s House in New York in the beginning of August. I had never seen him there before and didn’t want to go back after buying a single ticket to see Kris Allen left me in the back corner of the show (despite having a VIP M&G Ticket.) Once again I opted for a VIP M&G and figured I’d give the house a second chance.
No information was emailed about the M&G so I got there about 4 only to be told to hang tight until about 5, later 5:15 for the M&G. No problem – better to be there too early than too late! I ended up wandering around only to be told the M&G was starting and somehow ended up being 3rd in line? I wore my Mets shirt after they had a particularly exciting game the night before which David was not too happy about – but he agreed it was a good game and then we decided anyone but the Yankees! I also reminded him that his guys beat the Mets and he’d always have that which he was overly happy about. 😉
After the M&G I went to see where I was assigned for seating for the evening and was pleasantly surprised to see it was at one of the front tables, against the wall. Since I was the first one of the group to arrive I got to pick the front row seat facing the stage. Way to go Daryl’s House – definitely redeemed themselves from several years ago!
The show itself was great – there were a few false starts because David was getting the sillies from the faces and comments of the people up front. There was also a crew behind him that led to some banter and him singing a portion of a song facing them with his back to the front – but he turned back around as it was a “numbers game.”
At one point, David told us to give it up for Jeff, and the lighting guy made the lights “flicker” to seem like they were also applauding. David was curious to see what they would do for him – so he said “Give it up for me!” We all cheered – and the stage went DARK. David started cracking up and said that he expected that they just wouldn’t do anything – not that they’d go off! Well played, lighting guy, well played!
Overall, even though it was a more acoustic, stripped down version of David than I am used to, it was great to hear all his stories before the songs and I am not sure I have laughed that much in a long, long time! 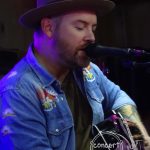 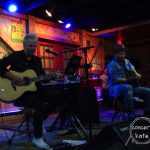 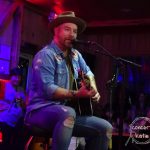 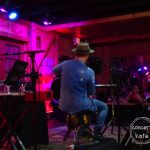 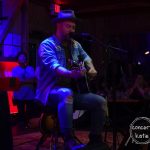 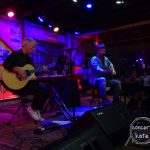 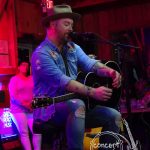 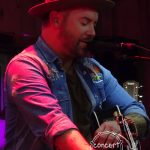