Tyler Hilton at Stage One

Tyler Hilton came back to Fairfield as a solo act for the first time in a few years and I was very excited to see him. I did the VIP ticket so I got to hang with him a bit before the show – there were about a dozen of us just hanging out, talking about past shows, making random song requests. (Several of which made it into the set that evening – although I pulled the most obscure song I could think of out as a request moreso to see if he even remembered its existence than for him to actually play it – and he did remember it but wondered how I knew about it!) He practiced a Christmas song he had written for a Lifetime movie that has a bunch of the One Tree Hill cast members in it. He fumbled through it a bit on the piano but said he’d try it out during the show again and hopefully do better (and he did, and he did!) He was happy that the venue had a piano for him to use so he did more songs on that than he usually does, but said he’s not much of a piano player so he kept apologizing that he might mess things up. He did way better than I ever could, so no complaints here! It was great to see him again at Stage One – he mentioned it was one of his favorite venues to play and he always looks forward to coming so hopefully that means that he will come around again soon! We also tried to convince him to book a Christmas gig at Daryls House so maybe that will end up happening as well. 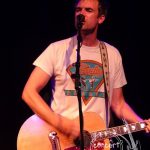 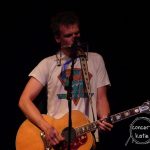 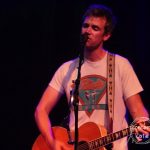 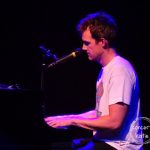 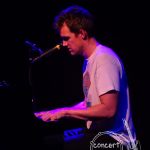 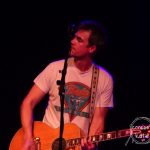 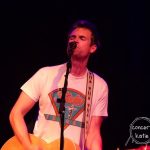