Saturday October 6th Christina Aguilera brought her Liberation Tour to the Mohegan Sun Arena. The box Office was saying that the Doors were opening at 7pm, there would be no opener and Christina would take the stage at 8pm. I figured I would get home at a reasonable hour but Christina’s countdown to take the stage didn’t actually start until 8:49pm with her taking the stage just before 9pm. Now that she has canceled some shows due to her voice I wonder if there was some sort of delay that caused it or if this is the norm for all her shows. While the tickets came with a free copy of her new album, I hadn’t had a chance to listen to it so I was not familiar with her more recent songs, of which there were several in the set. However, with such a big stage production, even not being able to sing along didn’t really make me feel left out of what all was going on on the stage. She had 4 female dancers and 2 male dancers who sometimes were even out in the crowd during parts of the set. I found it a bit interesting that she was all dressed up in Asian inspired outfits and talked about “looking in the mirror” and singing a song from the beginning – but she did Genie in a Bottle and NOT Reflection from Mulan (which wasn’t in the set at all.) It seemed like that was what she was setting up for so it felt like a missed opportunity to me.
Throughout the show Christina talked to the crowd and thanked her “Fighters” for sticking with her and how she had not been on tour since she was pregnant with her son who is now 10 years old and how her daughter ins now 4 and probably will follow in her footsteps because she is always on the side of the stage watching and looking on.
Towards the end of the show she ended up bringing 2 pairs of fans up on stage with her and it looked like they were having a blast on stage with Christina and her crew!
The show was a ton of fun, Christina’s voice was incredible and I had a blast. Hopefully she gets better soon and can continue on with the tour because anyone who is going to see it is in for a real treat and you can tell how much fun Christina is having during the show! 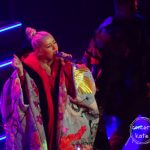 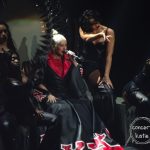 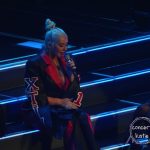 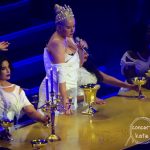 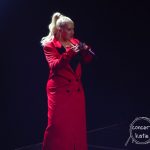 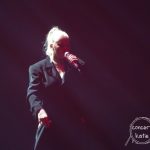 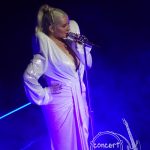 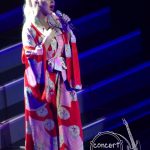 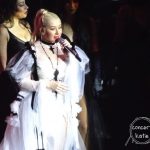 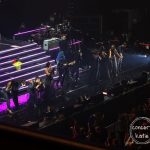