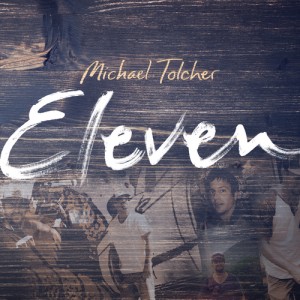 Eleven is the latest release from Michael Tolcher – named because it has been 11 years since his last CD was released and because it has 11 tracks on it.  Michael’s first CD was a big part of the soundtrack of my summer in 2004 (he was on tour with Hanson) so I was interested to see what he had come up with in the past 11 years. (Hard to believe it has been 11 years. Wow. I’m old.)  I have to say that the album was totally worth the wait and much better than I was expecting – although I guess when you have 11 years to perfect your tracks, they are going to come out quite great! The album is free on his website, but I’m not sure for how much longer so you’ll want to jump on that ASAP!