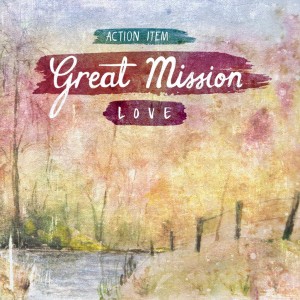 After assuming that Action Item had fallen off the face of the earth… SURPRISE! Recently I woke up and saw that I had part 2 of their album Great Mission in my email inbox. The band had funded this album, which would be released in parts, through an indiegogo campaign and then seemed to disappear. They had said they’d be touring more with each of the parts, but I have not seen them in over a year because they just haven’t been touring and have been working on side projects, school, etc. Obviously I have no problem with them getting an education (you need something to fall back on if the band does not work out) but it was kind of crazy how we had heard nothing from anyone except for a few twitter rants from the drummer, Dan.

So anyway – this album showing up was a bit of a surprise. I’m not sure how they threw it together but it is a bit different than the first part which I liked much more and the direction that I thought their music was going in to.  The first track is completely instrumental which was weird, but considering I’ll admit I’m not the biggest fan of Brian’s singing… it was ok with me. (And the last time I saw them live their opening act was completely instrumental so I wonder if that’s where they got the idea?)

The album is available on iTunes if you’re interested… but I wouldn’t get too invested in the band because I wouldn’t be surprised if there is a breakup coming soon.