Saturday night Ed Sheeran had a concert at the Mohegan Sun Arena. At first I wasn’t sure if his music would do well in an arena, but turns out it actually went over quite well. If you weren’t looking at the stage, you may not have realized that it was just Ed, 2 mics and some pedals where he was able to play percussion by tapping on his guitar, record it, and loop it. He recorded background vocals for himself and looped that and then sang the song on top of it all to a much fuller sound than a guy on stage with an acoustic guitar. (He did have an electric for a song or two.)

The show was amazing and I was thoroughly impressed – if you have a show of his coming up and you’re not going, I strongly recommend that you reconsider!

Opening act was Foy Vance – who it turns out I kept getting confused with Vance Joy – but they are indeed two different musicians. Foy mentioned that he almost did not make the tour because he had visa problems trying to get in to the US from Ireland. This would explain why Ed was having spot openers for a few shows in the beginning of the tour and why Hanson got the nod to open in Tulsa and St Louis earlier in the tour!

I’m not sure that Foy Vance was the right choice for the crowd. He wasn’t bad, but I just don’t think that the young crowd really enjoyed him. My friend Christine said he’d probably do better opening up for Bruce Springsteen or a rocker with an older fan base and I’d have to agree!

Ed came out on stage at about 8:30 and said he would be entertaining us for the next 2 hours – and that he did. Very impressive that he played for the almost 2 hours straight (with a quick break after his ‘technical’ last song and then came back out for the encore) completely by himself and was able to keep up his energy the whole time! 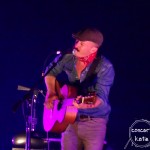 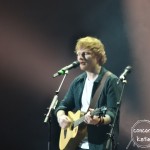 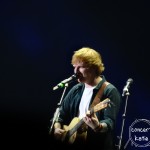 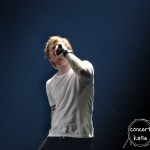 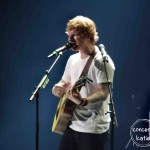 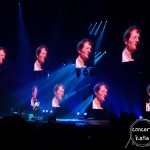 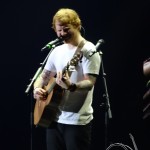 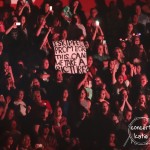