When I woke up Sunday, I didn’t know what I had in store for me.  I had a message from my friend Miriam that she had tickets to KTUphoria at Jones Beach on Long Island and meet and greet passes for Kelly Clarkson.  I had never met Kelly before, so despite it being the end of the weekend I decided I would join her at the show. Also performing were Adam Lambert, Pitbull and Ricky Martin (and others) – who I’d wanted to see as well.

She told me that she was taking the Rally Bus to the venue which would give her the chance to win Adam Lambert passes. I opted to drive in case I wanted to leave the show early and she told me that doors were at 5 and her bus would get in at 4 so I told her I’d meet her there at 4.

Despite getting a bit lost and driving around in (literally) circles at one point I arrived right at 4.  I checked my phone and had a message from her that they hadn’t even left yet, though it was from about an hour before.  When I told her I had arrived she said she still hadn’t even left yet (!) and was getting the contact info for someone who could get me inside even though she had our tickets. (Which made me laugh because I *promised* the guy at the parking lot I had a ticket rather than parking by will call. Guess I lied!)

Melanie met up with me and got me inside and gave me a pass to meet Adam – but I still had no ticket. I walked around to see if there were any other contests going on and to case out where I had to go to meet Adam and to see if I could figure out where to go to meet Kelly (turns out it was the same spot)  Melanie said Miriam would be getting there at 5:30, but Miriam was telling me otherwise. We had no idea if she’d even arrive in time to meet Kelly and the passes were in her name!

I talked to the girl at the pick up for the M&G passes and she told me if I could get an image of Miriam’s ID, even if she texted it to me, that I could get the passes.  That is what we did and I had the passes and was still hoping the bus would show up by 6:30pm.

Kelly’s set started and Melanie ended up giving me her ticket so I could go inside and watch. I stayed for a couple of songs but then headed over to the M&G area to make sure I wouldn’t miss it. I left Miriam’s pass back at the pick up area on the off chance she made it in time. (spoiler: she didn’t)

We walked back to the “backstage” area and lined up to meet Kelly. She is so cute! (I even told her that) she greeted me with a hug and asked my name and we took the photo. It was a small group to meet her so we got a bit more time with her than usual rushed M&Gs.

I had asked if I could hang back since Adam’s M&G was next and I didn’t want to walk back and forth again and they said that would be fine. Things ended up delayed so I had a chair brought over for me and was able to watch Adam’s set (and I had heard Prince Royce’s during the Kelly M&G) and then was first in line for his M&G.  I got to see Kelly leave and Laura Marano from Austin and Ally walked by too but I didn’t say anything to her.

I ended up getting a text from Miriam around 7 that she was in line for the Adam M&G so I told her I would see her after since I was already back there. The Adam M&G was super fast and didn’t have much time to say more than hi!  Justin Baron was on during Adam’s M&G and I realized that I had seen him walking around earlier but wasn’t sure who he was!

After the Adam M&G Melanie found me and she was also with the CEO of Rally Bus. We chatted a bit before Miriam came out of her M&G and talked to him. She obviously had a lot to say – since she had missed the M&G with Kelly (the reason we were going) and was not happy about it – she was heartbroken.  The CEO bought us drinks and Melanie was able to track down closer seats and a M&G for Jason Derulo for us.

We finally went inside at this point to see the show and Shaggy was on stage. We saw a couple of his songs and then they set up for the next act. We thought it would be Jason, our M&G with him was going to be after his set and I was worried I’d miss Ricky Martin.  But it turned out that Ricky was up next instead! His set seemed to be extra long so we wondered if maybe Jason hadn’t arrived yet and was on a rally bus of his own.

Jason was up next and he seemed to have a long set as well, especially since I was told the show would end at 10:30 (if on time) and we still needed to wait for Pitbull! Of course,with Jason and Ricky’s longer sets I should have known that something was going on.  They had JASON announce that Pitbull was unable to make it to the show before he did his last song. I thought this was such a copout from KTU – they knew that no one would lash out at Jason like they would if one of the DJs made the announcement instead.  After Jason’s set was done, everyone was booing because a lot of people were there to see Pitbull! (He was the only artist who had merch available for purchase at the booths!)

We made our way over to where the M&G for Jason was going to be and started walking to backstage again. Of course about half way there it started to downpour so we got to the tent looking like drowned rats. They huddled us all under the tent where the other M&G photos were taken but then ended up taking us to the actual backstage area (or ‘behindstage’) to meet Jason.  After checking multiple times for our passes (mine was a soggy mess at this point) we were told we MUST be in groups of 2 (or more) and it was going to go quick. So we got our pic, look soaked and ridiculous while Jason is dry and almost shirtless… and then headed back to the car – only this time I had the chance to put my rain coat on. I gave Miriam a ride home so she wouldn’t have to deal with the rally bus on the way home too. (Though we heard they got home without incident)

All in all, I am not sure the evening was anything close to “euphoric” but rally bus does seem like they’re going to try and make things up to us.  I will of course keep everyone posted but I am hesitant to try them for any event that actually has a starting time or where any sort of M&G opportunity is on the line!  I am so upset that Miriam was the one who got the passes for Kelly and wasn’t able to meet her 🙁 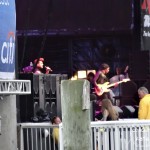 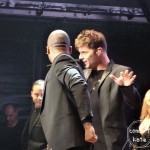 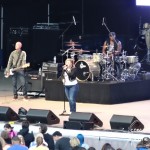 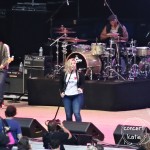 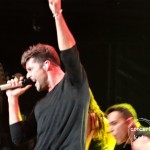 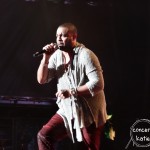 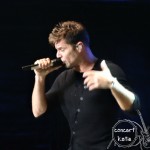 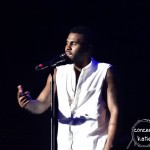 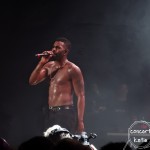 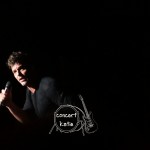 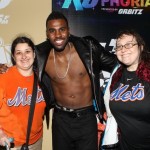 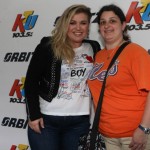 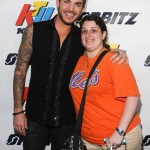