October 22, 2011 by ConcertKatie No Comments 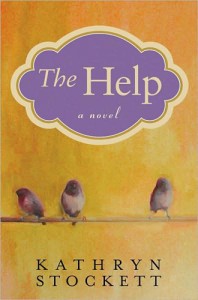 The Help has been a pretty popular book over the past year or so, and recently was made in to a movie.  Lately I’ve been doing things backwards and seeing the movies and THEN reading the book – but I am finally back on track with having read the book before I saw the movie. (Which is usually how I like to do things so I can picture the characters and then if it gets turned in to a movie, see how close I came to picking similar looking people!)

The book takes place in Jackson, MS and has several different narrators that switch back and forth.  Two are “the help” Aibileen and Minny – black women who are maids for white families.  The third narrator is Skeeter Phelan, a young white girl who was practically raised by her black maid and who sees past the color of skin.  Skeeter wants to work for the newspaper and writes to a publisher but is told that her ideas aren’t good enough.  It is Aibileen who helps her decide that she wants to write about life from the perspective of the help.  Aibileen helps her try and line up several other maids to speak to.  At first, they are hesitant and don’t know what they will do if their employers find out that they are running their mouth.  Skeeter assures them that she is changing names and no one will figure out that “Niceville” is actually Jackson.

In their spare time, the help talks with Skeeter and she gets everything put together.  Skeeter’s contact in New York says at first they want the draft after the new year, but then bumps the deadline up or else it will get lost in “The Pile” during the holidays and won’t ever be read.  Skeeter works hard and makes the deadline but still doesn’t know if the book will be chosen as one to be published.  If you’ve seen any of the commercials for the movie – the book DOES get published and then the help and Skeeter all worry about if anyone from Jackson will figure out it is about their town and what kind of repercussions there may be.

The book is about 400 pages and tells of the writing of the story so you don’t get to find out ALL of the stories that were told for the book (called ‘Help’).  Although the ones that are mentioned in the book had me laughing quite a bit. 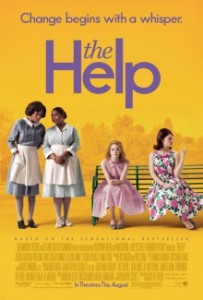 The movie is fairly similar to the book. Obviously a few items are left out, probably for the sake of time. The acting was great and I was crying at several times during the movie, but did not cry at all while reading the book (but I did fall asleep reading the book a couple times but didn’t fall asleep in the movie)

I have to say the little girls that play Mae Mobley completely steal the show. Mae Mo is the little girl that Aibileen watches and she was my favorite character in the book and was absolutely my favorite in the movie as well, though she doesn’t get all that much screen time since she is just a little kid.

I would definitely recommend the book or the movie. But it’s probably best if you read the book first 🙂