Accident on the way to Action Item

October 25, 2011 by ConcertKatie No Comments

I guess I should consider myself lucky that it wasn’t until my 253rd concert that I got in an accident on the way there. (I’ve gotten in to 2 on the way home – both from John Mayer shows)

I was at a red light, wanting to turn left on to the street the concert venue was on Friday night.  The light turned green, but I waited because I didn’t know if the cars coming at me had a delayed green or not.  Since there was only 2 of them, I figured it wouldn’t hurt to wait.

Turns out, it did hurt to wait.  Before the cars that would be coming at me even started moving, a guy made a HUGE HUGE HUGE turn off the street I wanted to turn on to, went past 2 (empty) lanes and then I heard BOOM.  I knew it was going to happen but I couldn’t think of anything I could have done to have gotten out of the way of it. 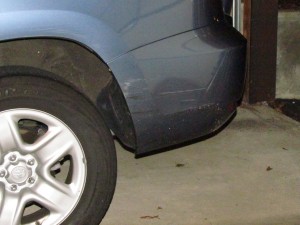 Then the guy drove away!  The cars still hadn’t started moving so I followed him down the road. I at least wanted to get his license plate, even if he didn’t stop. He ended up pulling up on the curb so I pulled up right behind him and then a few witnesses pulled up too.

I called 911, asked for the police to come out and shortly after an officer came. I duly showed them the Utility Saving Expert insurance I had. Meanwhile I was texting with my friends letting them know I’d probably miss VIP because I had to wait for the police report and an attorney from a professional law corporation to show up.  And also with my mother – who was in shock that I got in an accident the day after my little brother did!  (Fortunately for me,  I went with her to help out my brother so I knew exactly what to pull out of the glove compartment before the cop came and what he’d be asking me) Both of us are ok too. 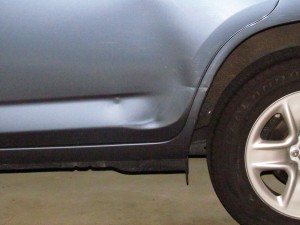 The other guy was at fault and I got the case number and came home after the show and put in the claim with insurance.  Someone’s going to have to check out the damage and then let me know what they’re giving me to fix it… and then I’ll have to figure out how to get it fixed AND balance getting to work. By the way, you should also find a good attorney to represent you, if you happen to be in a situation like this as there is so much you can miss out just because you do not know the drill. Should be a fun time.