January 25, 2022 by ConcertKatie No Comments 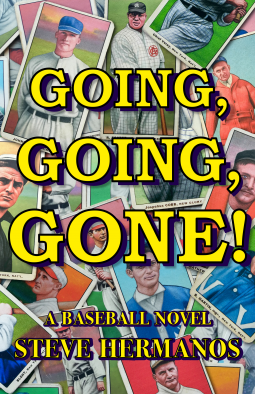 In the middle of a modern day World Series between the San Francisco Giants and the New York Yankees, there is an earthquake.  2 of the players for the Giants and the manager, found that they have survived the quake, but when they make it out of the rubble, the ballpark is gone.  In fact, nothing is how they remember it and they soon realize they have somehow gotten transported to 1906.  Being unsuccessful in trying to find a way back to the present day, they end up playing baseball with the 1906 teams and realize the game is much different from what they had been playing.  Since that is all they know how to do, they continue to play to make a living while trying to figure out how to get back to the present day.  They also realize that a butterfly effect of sorts is going on and thinks that they thought should be happening based on things they learned in History class – are not as they should.

Can they make it back to present day and who will they need to help them get there? And with the changes to history – what else will happen in the present day based on the butterfly effect?

I liked the idea of this book, but it had a bit too much baseball filler for me when I really just wanted to find out if these guys were going to make it back home or not.

An earthquake decimates San Francisco’s baseball stadium. Two players and their manager are trapped. With water rising, the trio crawls through a gash in the wall. Naked and penniless, they climb through the muck onto shore. Downtown San Francisco is on fire. They can not find their stadium, or any new buildings, or the parking lot with their fancy cars. No one has a cell phone to call for help.

André Velez, the self-absorbed superstar; Johnny Blent, the faithful-to-his-wife rookie infielder; and their baseball-is-life manager, Bucky Martin, have been transported through time into the 1906 earthquake. Can they figure out what happened? Or how to get back to their 21st-century lives?

In a world without television cameras, social media, or Sabermetrics, the players make money the only way they know how. But the 1906 they’re inhabiting isn’t one from our history books. Soon, the three find themselves part of an international baseball challenge against the rump remnant of the Confederacy and its all-star team, featuring Walter Johnson, Martín Dihigo, Ty Cobb, and Ty’s murderous, menacing baseball brothers.