Is this Heaven? No, it’s Iowa.

I’m not really sure what I was thinking picking a 5am departure time to go to Iowa. I got to the airport before precheck was even open and of course my brace set off the scanner and I had to take it off to push it through the x-ray.  I had 2 young boys in front of me on the plane that honestly were not all that obnoxious at all, I slept through most of the flight but one of the boys said “sorry how we acted on the flight when you were trying to sleep” when he got off and I assured him he was fine. (I’ve had to put up with much worse!)

My layover was in Chicago and the gates were supposed to be directly across from each other but of course that was not the case by the time I landed and they also had no wheelchair waiting like I was told they would when we took off. It also made me do a sleepy double take when I was waiting on if I was going to get wheeled or walk and everyone was talking about Tulsa!  For once, I was not headed to Tulsa! lol I made it to my new gate and waited to board the tiny plane to Cedar Rapids. When they sent me down the jet bridge at first I thought a van was waiting at the bottom, surely it was too small to be a plane! But no, it was a plane.  Also strange was one of the guys on my flight out of Hartford was on the flight too – seated next to me!

Upon landing I found my friend and we were on our way! We made 2 stops in Cedar Rapids, the Czech bakery Sykora and a scrapbook shop. At the bakery I opted for a poppy seed kolache. They didn’t have any of the cookies like my Nana used to make, so I couldn’t compare, but the kolache was very good!  The scrapbook store was supposed to open at 10am but no one was there at 11 so we left, turns out they had a miscommunication with who was supposed to be working so we left for Dubuque before they opened at 11:15. Ah well.

In Dubuque we did the Fenlon Elevator which is the shortest and steepest of its kind. It is 5 steps up and out of the car and then 5 steps back down in to go down. I braved it and tried to take a video looking down (I don’t recommend doing that) but never actually hit record!  Figures… We also went to see the historic shot tower and drove around a bit to see the port.  After a 5am flight I was exhausted so most of the time was spent in the hotel. (And the 2 stops we did make were my only 2 on the ‘to do’ list anyway.)

Monday morning we got up and headed to Dyersville for the Field of Dreams.  We started with a tour of the house and then wandered the corn fields, ball field and gift shop. I loved the gift shop because it had a lot of “baseballism” shirts that would go over the head of anyone who isn’t a big baseball fan.   They were taking down the MLB field but we were told next year they’d play again and it would be the Cubs. While I enjoyed watching the game, I’m not sure if it’s something that should be yearly because it will kind of kill the thrill about it, but hey if it makes money MLB is going to be all about it.  There’s also a museum about the film but was unfortunately closed on Monday so we just took a photo of their mural on the side of the building. 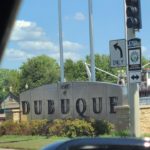 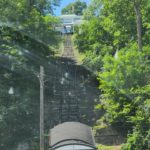 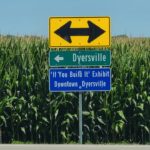 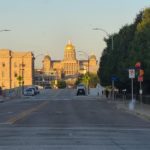 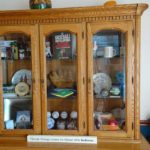 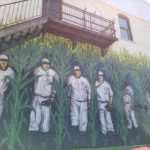 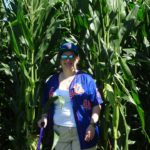 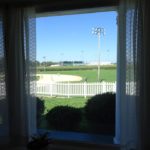 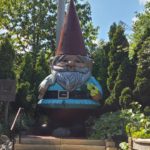 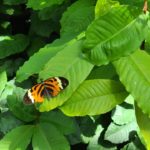 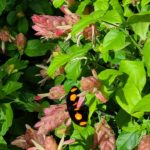 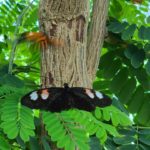 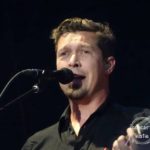 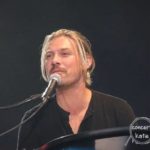 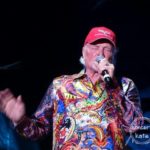 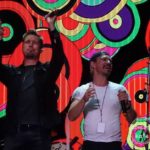 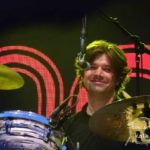 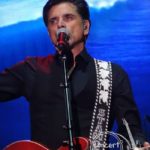 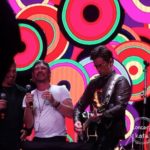 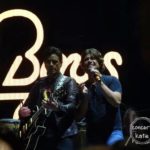 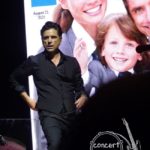 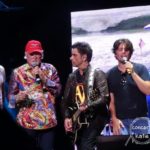 Next up was Ames where we went to the gardens to see the butterflies and the world’s largest (concrete) gnome.  The butterfly garden was a lot of fun chasing the butterflies (and them chasing my cane) and trying to get pictures of them. The garden had an exhibit of origami statues so we tried to find all of them while making our way to Elwood (the gnome). I thought the admission prices were a bit steep, but it was a nice mile or so stroll through the gardens and they were absolutely beautiful so when you think about the cost of upkeep, that’s probably where most of the admission price is going to.  They also offered free scooter and wheelchair rentals which right there made the admission worth it for those who might need it – and made the gardens a whole heck of a lot more accessible for everyone and I certainly can’t be mad about that!

Then we made our way to Des Moines to get ready for the Iowa State Fair the next day.

We got to the fair about 1pm which was probably the hottest part of the day and started with some cookies and fried cheese curds.  We also had fried pickles and corn dogs and I had lots and lots of water.  I’d have wanted something stronger, but driving the scooter around all day with people who were freaking oblivious was not going to end well if I was a little tipsy.  (I am not sure why all the responsibility of driving it has to fall on me and no one else has to pay any attention at all and can be mad if/when I run into them – WHEN I HAVE NO BRAKES – but it is what it is.)  At one point we heard the Beach Boys start soundcheck along with John Stamos singing “Forever” and then we heard Hanson join them for Where’s the Love.  A bit later Hanson took the stage for their own soundcheck so we knew that Hanson would most likely be doing Where’s the Love with the Beach Boys and not part of their set.

Finally 7pm came and doors opened. None of the volunteers knew what to do at all… but we managed to get our wristbands and get the scooter parked and I got to my 4th row seat that was pretty much dead center.  Most of the people in front of me sat for Hanson and I was able to sit for the whole show and still be able to see!  I hadn’t used my camera in so long, it was nice to be getting some decent photos again.  I was surprised that Hanson didn’t play any of their 4 new singles – nor did they even mention that they had a new project coming out in November when they had a whole crowd of potential new fans in front of them… but it is what it is.  They also kind of seemed to mess up a bit during Thinking ‘Bout Somethin’ but quickly found their groove.

For the Beach Boys set, I felt wildly out of place.  Most of my peers know the Beach Boys from their parents being fans, but my parents were not fans so the only songs I knew were the ones that were really, really big or covered elsewhere (or featured on Full House!) Even with the lyrics being put up on the big screen for a lot of the songs, I didn’t really sing along.  But the guy behind me was absolutely having the time of his life singing off beat and off key along to every.single.word.  I was also masked for the entire concert because despite it being outdoors, everyone was squeezed in a little bit too close for my comfort. So as long as I bopped my head along to the beat, no one really knew if I was singing along or not 😉  (There’s your pro tip for the day lol)

For the Beach Boys encore, Hanson came back out, as we expected – but Mike Love said that John Stamos liked to play Summertime Blues so they started with that song (one that Hanson knows well and has been covering on their tours on and off since 1998 – and was probably included in many of their pre-fame sets as well!) and then went into Where’s the Love as well as Fun, Fun, Fun.  It certainly was Fun, Fun, Fun to see everyone up on stage and having an absolute blast.  Despite surge pricing, I managed to find an Uber and get back home to the hotel just after midnight.

My flight out of Des Moines was not until 4pm but hotel check out was noon so I got to the airport super early.  Despite nearly every piece of signage in the airport saying “mask up” the guy in front of me did not have his on and TSA made him put it on before checking his ID.  Then he took it off AGAIN to go through the metal detectors and had to pull out all his bags to find it again and he said he was told he could take it off.  (Uh, no, 3 people told you to put it on…)  Turns out that wasn’t their most problematic passenger of the day – I was.  My purse went through fine, my brace set off the metal detector (belts were setting it off too so it was on a higher setting than I’m used to) so while I waited for a female assist, I saw my bag get pulled off the line.  They started saying something was stuck and my cane never made it through so I had to show them where it was and get one of the agents to retrieve it off the conveyor belt.  My suitcase apparently had something “bad” in it, but the 2nd agent said he didn’t see anything and was giving me it back. This set off a wild afternoon where: a guy walked into the ladies room just ahead of me and panicked and ran out when I walked in, I got bitched out by a lady who thought I was cutting her for the elevator when she was in a wheelchair and had no one to push her, watched a lady have a meltdown in the bathroom about needing to wear a ‘face diaper’ until January, tried to avoid getting touched by the way too many children at my gate who were fascinated by me, fell out of a wheelchair and watched a guy walk through the McDonalds drive thru.  But I made it back to my own bed by 2am only to awake to pouring rain from a Tropical Storm.  Maybe someday I will be caught up on my work emails…