A Saturday at the end of June we made the trek to Resorts World Casino “New York City”.  I love to play casino – x online cause as per the current trend and where gaming trends are heading, online casinos are steadily on the rise and gaining popularity. And the best place to get reviews and whereabouts is at slots plus mobile app review. It was more like Middle of Nowhere Queens… This was the Pop 2000s Tour – hosted by Lance Bass of *NSYNC with performances from Ryan Cabrera, Aaron Carter and O-Town. We went for the VIP M&G which was supposed to be a photo with Lance *and* O-Town as well as VIP table. We were a bit disappointed to see that the tables were behind the GA tickets, but of all the tables we had what seemed to be the best one, at least.

We lined up and did our photo – and were disappointed to see that Aaron Carter had joined in as well. We should have reconsider to just play games at 666Casino.com than to be with him in a photo.  Boo. They took 2 photos on our phones and 2 on a professional camera which made for a lot of people looking at the wrong cameras in photos which was frustrating. They should have said they were first taking them with one camera so we knew where we were looking…

Then it was time to start drinking in order to make it through Aaron’s set.  Lance kicked things off introducing Ryan Cabrera, who came out in an *NSYNC shirt. Lance then introduced Aaron and in the moment I didn’t think there was actually enough alcohol to forget his set but that plus the fact that it was like a month ago and I am just writing this now… highlights did include when he “played” the piano tattooed on his arm.

Then Lance came out and read from a piece of paper his “intro” for O-Town all about how he looks up to them and they are the greatest boyband 😉  Their set was pretty similar to the ones they had done earlier in the year and since we weren’t close enough for phones to be grabbed and I’m still bitter mine had never been grabbed I opted to take a bathroom break during “These are the Days” – only to have to run back to my spot when I realized they started singing “It’s Gonna Be Me” next! And I made it back in PLENTY of time for Lance to join the guys on stage for Bye Bye Bye!!!!

As usual we jumped in line for post show selfies with O-Town and they were wonderful, as always!

When Jake mentioned the summer tour to us earlier in the year he said he thought we would like the lineup and while I’m kind of sick of seeing Ryan Cabrera and would never willingly see Aaron Carter if not “forced”, giving me the chance to go 3/5 on my *NSYNC quest was most appreciated! (Can they take JC out with them next tour?) 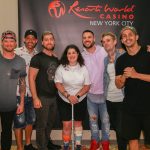 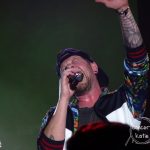 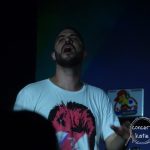 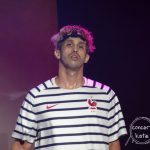 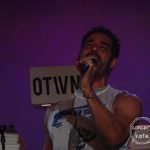 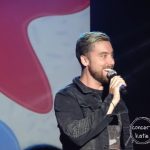