I’ve been having a terrible time trying to keep track of what I have to blog about and what I haven’t. Or putting together actual blog posts and reviews. So here’s a brief recap of what I’ve been doing for the past 2 months… 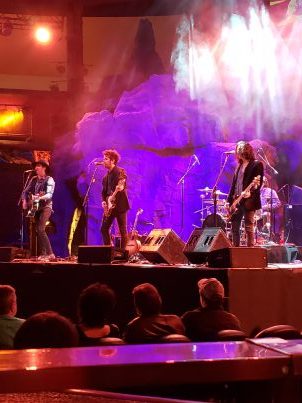 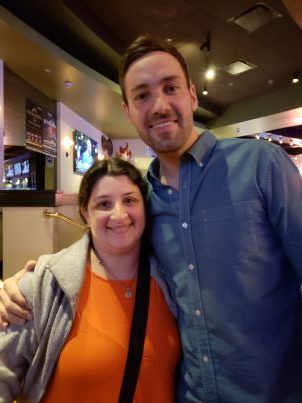 e had met one of the members something like 10 years ago!) but I was pleasantly surprised. I thought they would be more country but they were not so I am sold! I picked up their EP after the show and have thoroughly enjoyed listening to it.

Jeff Dye
Lauren also dragged me to see Jeff Dye. You may know him from Last Comic Standing or Better Late Than Never. I typically don’t like comedians but Jeff had me laughing his entire set and he was a lot of fun to chat with after the show as well. I’m pretty sure this won’t be my last blog post about him. 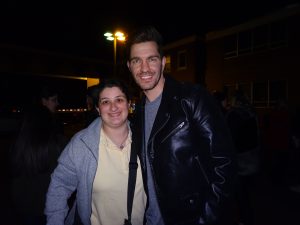 Kinky Boots
David Cook made his Broadway debut in Kinky Boots in NYC – so of course I had to check it out! Also in the show was Wayne Brady and Kirstin from Pentatonix. I wasn’t sure what to expect since he would need to have an accent since the show takes place in England. But he did great and it was so fun to hear “him” come through on the songs. A really, really fun show as well.

Andy Grammer
Andy Grammer took his “The Good Parts” tour to the Ridgefield Playhouse. We had about 6th row for the show. Everyone was sitting until Andy made a comment on it and said we could stay seating if we wanted, but we could stand too. I had a feeling that would be how it works because the Playhouse tends to sell their closest seats to members of their ‘club’ and they are usually there moreso to support the venue than as a fan of the band. Although I’m not sure how you can sit still listening to Andy and all of his upbeat songs! After the show we had a chance to meet him briefly and snap a few photos. Always enjoyable! 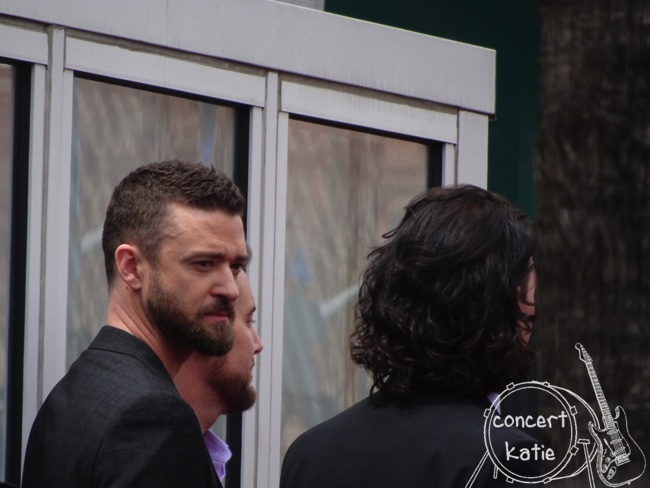 *NSYNC Star on the Hollywood Walk of Fame
Sometimes all the stars in your life align up perfectly and you end up getting booked on a trip to California just a few days before *NSYNC is set to get a star on the walk of fame, so you ask your manager if you can extend the trip out a bit and she agrees… so a baseball game, Disneyland and seeing all 5 members of *NSYNC on stage together again end up happening. The ceremony was a LOT of standing around and I am not sure I will ever get feeling back in my legs or feet but it was truly amazing to be a part of such a special moment! Now I have to plan a trip back to LA because we were far too exhausted after waiting for the ceremony and then for The Dirty Pop-Up Shop to head back and see the star!

Ruben Studdard sings Luther Vandross
You know I love me some Idol, so when Ruben came to the wolf den to sing the songs of Luther I had to check it out. Unfortunately we didn’t get in line early enough to get a good seat and for a while we weren’t even sure we would get any seat, so I think being on the side of the stage kind of lost some of the interaction for us, but I thought Ruben sounded great and it was a lot of fun to hear him do a different song catalog (even though he did do a few Luther songs back on Idol).

Tim Tebow and The Rumble Ponies
Tim Tebow is a Met… so when the Binghamton Rumble Ponies made their way to Hartford to play the Yard Goats, we went to check him out. 2 rows from the field yielded some great photos and an autograph for my friend Christine. Tim ended up coming out of the game early, but it was also a work night so we were happy to have an ‘excuse’ to leave early! We had fun playing baseball bingo during the game and enjoyed some great BBQ. We’ll be back when he makes his triumphant return next month… hopefully this time I can snag an autograph for myself J