February 8, 2017 by ConcertKatie No Comments 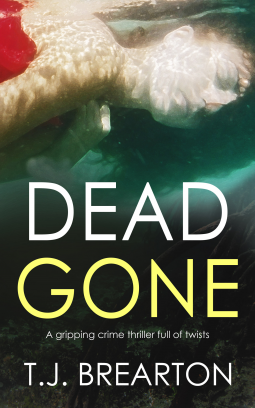 Dead Gone follows rookie detective Tom Lange on his first case. A woman is found floating in the water and the only identifying marks on her is a tattoo.  Tom posts about her on a website that allows the public to post tips and a friend thinks she knows who the woman is.  Tom meets with her and thinks that he has IDed her but can’t seem to figure out who did it or why.  Meanwhile, there are a few other conflicts going on in Tom’s life that are distracting him from giving his all to the case.  His neighbor Alicia shows up on his doorstep wanting help when her boyfriend is abusing her. Tom tries to get her to press charges, but the two seem to work things out instead.  Tom’s brother, Nick, also keeps pulling him away because he is dealing with a major gambling debt and is getting beaten by the guys he owes.  His partner, Blythe, is not happy with how he is handling the case and he as two strikes against him as far as she is concerned, and one more and she is going to ask for him to be reassigned.

A lot of people say this book is one that you can’t put down, but I seemed to have the opposite problem – I kept falling asleep while trying to read it.  The story was good but didn’t grab me like I had hoped and all the distractions in Tom’s life were a distraction to me as well – I just wanted to know more about the crime that Tom was investigating.

There is quite a twist at the end and I can’t say too much else about my thoughts on the story without giving some things away and I don’t want to do that.  If you like mysteries and thrillers this is a great story, though a bit on the long side if you want to read something in one afternoon or day.

I received a free e-copy of the book in order to write the review. I was not otherwise compensated.

A GRIPPING THRILLER WITH AN EXPLOSIVE ENDING BY BEST-SELLING AUTHOR T.J. BREARTON.

A woman’s body is found floating in a sultry Florida mangrove. She has no ID and there is no indication of cause of death.

Who is she? Why was she murdered?

Rookie detective Tom Lange couldn’t have got a more difficult first case. The only thing he’s got to go on is the woman’s butterfly tattoo. His boss, Lauren Blythe, piles the pressure on and the medical examiner won’t tell him what he needs to know.

Meanwhile Tom’s neighbour Alicia has an abusive boyfriend who Tom clashes with in a way that will have far-reaching consequences.

The body leads Tom on a trail of seedy clubs, narcotics, and danger which is close to home.

In a tumultuous ending with a massive twist, Tom’s world is turned upside down.

You’ll be gripped from start to heart-stopping finish in this untputdownable detective mystery from T.J. Brearton.

If you like Jeffery Deaver, Linwood Barclay, Lisa Unger, Gillian Flynn, Rachel Abbott, or Mel Sherratt, you will enjoy this compelling book.

Tom Lange is a brand new agent with the Florida Department of Law Enforcement. That agency is a state bureau investigating violent crimes, police corruption, with a governor protection unit and top-notch forensic laboratories. The only family Tom has left is his brother Nick.

Southwest Florida in April. The dry season ending, the heat and humidity building. In Naples, many people are leaving the region for cooler climes. The landscapers are out daily, cutting back the surging vegetation and a steady breeze comes from the gulf coast. Rookery Bay, a nature reserve of a hundred thousand acres teems with wildlife, threaded with brackish creeks. The Everglades stretch all the way across the state to Miami, choked with alligators. Tampa Bay pulses with the nightlife. Naples is one of the wealthiest cities in the U.S., but despite its concentration of millionaires, the region knows poverty, homelessness, drugs, and crime.