December 12, 2016 by ConcertKatie No Comments

Thursday night TIC’s All Star Christmas moved from The Oakdale Theater (currently booked with the touring production of WICKED) to the Mohegan Sun Arena.  This allowed for them to get some bigger names for the show and the acts were supposed to be Lindsey Stirling, James Bay, One Republic and Meghan Trainor.  However, Thursday morning it was announced that Meghan had been put on vocal rest through the rest of the year and she’d have to cancel all her shows.  (Meghan had previously canceled a tour last year due to vocal issues and underwent surgery.)  TIC announced that refunds would be available if you no longer wanted to attend and that they would be adding Nick Fradiani to the bill.

While I was excited to see Nick over Meghan (I wasn’t all that interested in seeing her to begin with) as far as it being an equal trade off on a bill I paid $90 to see – that’s debatable.  As far as it being someone I’d much rather see, that was awesome.  One Republic got bumped to headliner and I assume they ended up doing a bit longer set than they would have.

Nick opened the show at 7pm and did several tracks off his debut album, Hurricane.  He also did a remixed version’s Meghan’s All About That Bass.  He only knew the chorus so he frestyled the rest about being back home in Connecticut.  He also did a brand new song that he had just written a couple of weeks ago which according to his twitter is called “We Live Forever”

Next up was Lindsey Stirling and boy oh boy did I wish I strapped my step counter to that girl before she hit the stage.  If you’re not familiar with her she plays violin. Which some may find boring but when it is Lindsey, it is not.  She is all around the stage dancing as she plays and is very, very impressive.  She even got a standing ovation once her set was over! I think we were all exhausted from just watching her.

James Bay was the next performer and the one I was most interested in seeing. He was really, really high energy. And has the cutest accent! He called for fans to stand and clap along, although he wanted us to try and clap for a whole song and I just couldn’t do it, though I did try.  (Confession: I was hoping clapping would trigger my step counter so I could finish the race I’ve been working on since June. shhh. It kind of worked.)  He had everyone sing along for “Let It Go” which sounded so awesome!

One Republic seemed to take forever and a day to take the stage after it was set up.  I thought at first maybe they weren’t actually in the building yet (although technically their on stage time would have been earlier if Meghan didn’t cancel so that didn’t really make sense) but Ryan Tedder commented on hearing us all singing “Let It Go” from side stage – so he was there at least for some of James’ set!  The women in front of me got fed up and left saying “This is stupid!” on their way out and when the track played over the speakers stopped for a second and then went into another song, people started yelling “Cmon already!”  Then when they did try to turn out the house lights, they turned them up all the way for a split second instead!

This was my 3rd time seeing One Republic although for the life of me before the show I could only remember seeing them at Mixtape Festival in 2013 with Hanson.  Turns out they were also at one of the Christmas shows back in 2012 when I did 3 back-to-back-to-back.  They are all kind of a blur so I can see how I lost track.

One Republic did a 10 song set and I knew pretty much all of the songs but 1 that was a newer one for a movie? I also didn’t realize that they had been having singles on the radio since 2008 – so it makes sense that there were so many I was familiar with.  I remember when their first song came out and it was Timbaland featuring One Republic but Timbaland was just doing his patented “aaa oo ooo” on the track.

One Republic’s set was also high energy with Ryan jumping on a piano at one point.  Like Nick, he spoke a bit about Meghan and how the vocal issues could lead to permanent damage and he hoped she had a speedy recovery and then had us do a call and response – my name is NO my sign is NO my number is NO…

Something I learned during One Republic’s set was that Ryan has family in the nearby town of Mystic and he used to spend a lot of summers there growing up! He thought he might have had cousins in the audience and girls 2 rows in front of me flipped out so I guess they were cousins or knew of his cousins?

Overall it was a great night although the show did go a bit later than I was hoping, leading me to not get home til 12:30am.  Not usually the case when the show is at the much closer Oakdale Theater.  We’ll have to see what next Christmas has in store, but at least it didn’t snow! 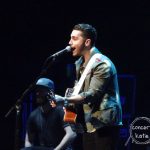 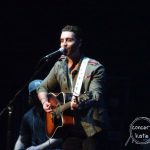 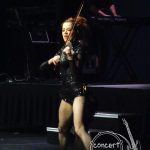 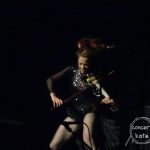 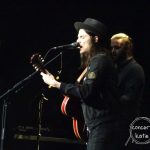 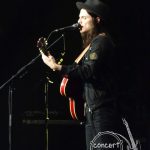 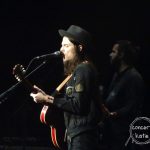 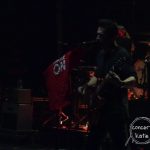 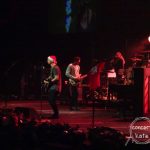 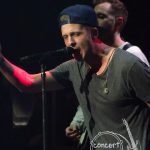