December 28, 2016 by ConcertKatie No Comments

Thursday night Kate Voegele and Tyler Hilton brought their final show of the 2016 leg of the “One Tree Holiday” tour to the Wolf’s Den at Mohegan Sun.  Fun fact – the first time I had seen either of these artists was when they opened for Hanson (4 or so years apart).  Rather than have one perform first and the other perform second, both Kate and Tyler were on stage for the entire set, playing and singing on each others songs which was pretty cool!  They alternated between Kate’s songs and Tyler’s songs and had a few covers thrown in for good measure as well.  One of the covers was one that Tyler did of Elvis’ “That’s Alright Mama” which he had done in the movie Walk the Line.  He also talked about how he had used to play in our area a lot, but not so much anymore.  Hopefully that changes! Back in college I used to see him all the time and now it is fewer and farther between (if you’re not counting seeing him on my TV since he’s currently on the show Pitch and before that was on Extant – which I only started watching because he told us to and said it was about robots!)  After the show I opted to pay $40 for a Polaroid with both Tyler and Kate. I suppose if I knew how much it had cost before I got to the merch table after waiting for about a half an hour I wouldn’t have bothered to stay, but at that point I figured what the heck.  Kate told me we had the “best name ever!” and I told Tyler how I went to a lot of shows back like 10 or so years ago and didn’t see any girls I had recognized from back then and I felt like I was getting older but his fans were getting younger and he said “ME TOO!” and how he and Kate sometimes talked about that.  Then I mentioned how I had first seen them both open for Hanson and Kate said that was like a rite of passage for the singer songwriter to open for Hanson and how they were such cool guys! They had mentioned wanting to come through this way again and I really hope that they do! 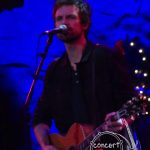 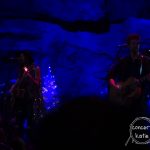 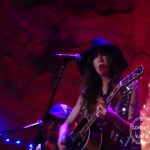 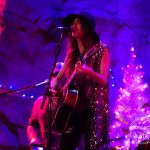 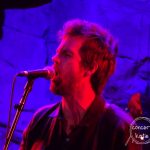 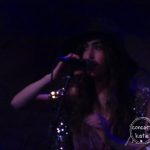