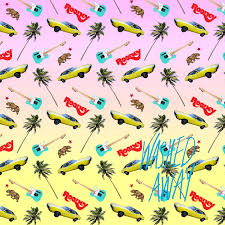 All The Beautiful People
My Heart Beats 4 U
Don’t Be A Hero
Why
Washed Away
Time Alone
Do You Have to Go?
Come on Baby
Love Me Like There’s No Tomorrow
I Miss You When You’re Gone
You’re All I Ever Need
Sad by True


I think that I was first introduced to Rooney when they were on The OC… even if I had known of them earlier than that, I can’t help but think if Luke asking “WHICH ONE IS ROONEY!?” every time I hear their name.  I’ve seen them live a few times since they opened for both The Jonas Brothers and Hanson. (And lead singer Rob was one of the special guests at Hanson’s Back to the Island event as well.)  Their newest album Washed Away came out last week.  I wasn’t sure what to expect because the band had been on a break for quite some time before this release.  This album felt really familiar to me for some reason, I guess it was just the Rooney sound that I was expecting so it sounded like I had heard some of the songs before (or maybe I had an just don’t remember it?)  I’m not sure of a favorite track but I certainly hope that Rooney will end up doing a larger scale tour and I’ll be able to hit up one of the shows. As of right now they’re playing NY when I’ll be in OK for Hanson Day Weekend.

The first single off the album is My Heart Beats 4U and here’s the music video: