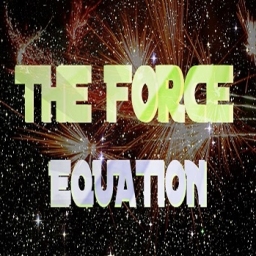 I have to say that I guess I should have looked into just what I was getting myself into when I chose to read this book. I thought it was going to have something to do with Star Wars but it was really more math, science and politics.  I don’t mind reading about math but this one just seemed to be a bit over the top to me.

I actually didn’t even finish this book because I tried multiple times to get into it and I just couldn’t do it – even when we lost all network connectivity at work one day and this was the only book I had handy.  It just was not my cup of tea, but maybe it will be yours.

About the Book
It’s not happening long long ago and it’s not found in a galaxy far far away. But right here right now on planet Earth and also found for FREE in Audible.com http://TinyUrl.com/MovieStarWars

If you are a fan of the Star Wars movies, hopefully, it’t not because of the shoot-em-up aspect of the movies but because of the spiritual side of it. When Obi-Wan Kenobi first teaches Luke Skywalker about The Force he says – “It’s created by all living things and binds the universe together.” George Lucas was right in half of this sentence and wrong on the other. There is a force that binds the universe together and it was recently discovered by scientists using the Large Hadron Collider in Geneva, Switzerland and announced to the world as ‘The God Particle Field’ on July 4th, 2012 to very little fanfare even though it is the most important part of our universe because without it, nothing else can exist. Life can exist even without oxygen, water, food, sunshine, but nothing, not even including Life can exist without this newly discovered ‘Force’ because it is the smallest sub-atomic particles to stick together and this in turn allows the atoms to form, and it’s the atoms of all the elements that come together to form molecules – again due to the influence of ‘The Force’. Without the molecules in our brains, our hearts, our livers, our hands, eyes, nose, ears and toes, we would not be able to get very far or do very much, or even be.

But George Lucas was wrong when he put into Obi-Wan’s words that this force is created by all living things. Of course, this is nonsense on its face. No living creatures, not snails, nor giraffes, nor lions, or tigers, or bears and not even human beings are capable of creating a force that is holding the universe together. If we could we would be GODS. And in fact what Obi-wan tells Luke on this half of his instructions is actually the opposite of the Truth. The Force that binds the universe together could only be created by God. But, he’s right if you changed one word – ‘BY’ to ‘FOR’. God would obviously only have the purpose of creating such a Force ‘FOR’ all living things – us. Without us – there really isn’t any reason to bind the universe together and therefore the recent discovery of The Force – among other things – proves that God exists.

Of course the creator of Star Wars was making it up. He relied on lessons about Mythology from reading Joseph Campbell’s books about how down through the ages of civilization all cultures eventually arrive at the same conclusions about the universe and that there is a force that connects us all together through the various God figures that we construct as idols and worship, pray to and surround with all sorts of superstitions, dogma, rituals and even paraphernalia including masks, beads, wheels, robes, pointy hats, holy water and even holy places.

But today, in 2015, we have reached a point in our evolution where we no longer have to rely on age-old mythology, delusions, dogma and ritual. Luckily for the advancement of our species we can now rely on Science – Truth, or the best version of Truth that we can know from the process of testing all of our greatest hypotheses and then proving or dis-proving these theories based on the results of these tests or what we call experimental evidence. And all of the latest evidence derived from Astro-physics which studies the vast external expanse of Space/Time and from Particle Physics which studies the equally infinite expanse of inner Space/Time – we now know quite a bit more about the existence of God, where he or she lives, how he or she moves about the universe, how he or she creates and stores the greatest energies ever known and perhaps, from the publication of this new book and The Force Equation that is presented therein – we may even know how to put this Force to use in our own humble little lives.

Find out how this scientific equation may change your life.