What Will You Do There? NORTH DAKOTA

Assuming I keep ND for last (which is the plan unless a concert pops up before then) I intend to join the “Best for Last” club at the Fargo-Moorhead Visitor’s Center. As far as a stop for pennies, perhaps the National Buffalo Museum in Jamestown may be a place to stop or one of their (many) Zoos.

What Will You Do There? OREGON

The Goonies is one of my favorite movies and it was filmed in Astoria – so I’d definitely want to go there to see Mikey’s house and Haystack Rock. There is also an Oregon Film Museum there that seems worth a visit.  Free Willy was also filmed partially in the Columbia River which is another one of my favorite movies. Astoria is about 2 hours from Portland.

Book Review: We Are the Baby-Sitters Club

July 6, 2021 by ConcertKatie No Comments 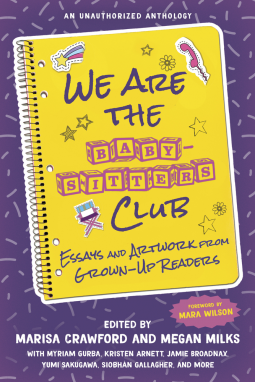 If you’re around my age, you probably grew up reading The Baby Sitters Club books.  If you’re from Connecticut, like I am, you may find when you travel to other countries they think that Connecticut isn’t a real state and is just the made up Stoneybrook, Connecticut where the stories were set. (I’ve started saying I’m from “near New York” since everyone seems to know where that is!)  When I saw that there was a book devoted to essays of other women like me who grew up with these characters and that they also helped shaped them, I jumped at the chance to read it.

The foreword is by Mara Wilson – who you may know from Mrs. Doubtfire or Matilda, but also was a fan of the book series.  Each essay or piece of artwork goes into a different aspect of the BSC – analyzing friendship culture, how showing the BSC members handwriting in the books (admittedly, one of my favorite parts and probably a small reason why I am so obsessed with fonts now) gave girls another way to relate to the characters, having Asian Americans like Claudia Kishi as a role model at a time when there was not a lot of representation for Asian Americans, especially not females, facing issues like pre-teen diabetes that Stacey McGill had to deal with throughout the series, teaching girls to “Be Bossy” and that it is not a negative thing (even though they are trying to phase out that word more recently), how there were stories about race and colorism with Jessi Ramsey and all of the families were different so that the readers would hopefully have some family within the book that sort of was like theirs.

A lot of these things I didn’t even think about – which I guess is because of some of the privilege I had growing up.  To me, they were just fun books to read that I was obsessed with, an escape,  – but for so many others it was representation they were not getting elsewhere in the world at that time.

If these books were helpful for you growing up, you’ll want to check out this book because you will find that you are not alone and there is a whole community out there!

“We Are the Baby-Sitters Club is the ultimate companion guide for a generation of devout superfans. This book revisits the beloved series through grown-up eyes—but never loses the magic we all felt the moment we cracked open a fresh new book. BSC forever!” —Lucia Aniello, director and executive producer of The Baby-Sitters Club Netflix series

In 1986, the first-ever meeting of the Baby-Sitters Club was called to order in a messy bedroom strewn with RingDings, scrunchies, and a landline phone. Kristy, Claudia, Stacey, and Mary Anne launched the club that birthed an entire generation of loyal readers.

Ann M. Martin’s Baby-Sitters Club series featured a complex cast of characters and touched on an impressive range of issues that were underrepresented at the time: divorce, adoption, childhood illness, class division, and racism, to name a few.

In We Are the Baby-Sitters Club, writers and a few visual artists from the original BSC generation will reflect on the enduring legacy of Ann M. Martin’s beloved series, thirty-five years later—celebrating the BSC’s profound cultural influence.

One of LitHub’s Most Anticipated Books of 2021, We Are the Baby-Sitters Club looks closely at how Ann M. Martin’s series shaped our ideas about gender politics, friendship, fashion and beyond.

July 3, 2021 by ConcertKatie No Comments 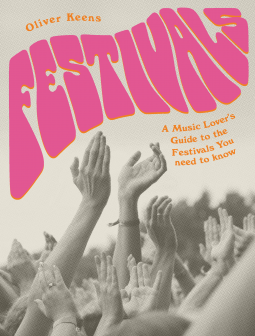 While I am not made for music festivals, I really enjoy reading about them and pretending that they are something that I can attend.  Festivals is a music lovers’ guide to the festivals you need to know.  It starts in the 60s and chronologically talks about some of the biggest music festivals around the world and there are a TON of really awesome photos throughout this book. (And I just love the throwback 60s./70s vibe to the font used for the title!)  There is a page or so about each festival with how it started, if it’s still happening, where it’s located and then a few photos.  If you’re a festival go-er, definitely check this book out to see what ones you might want to hit up next!

I was first introduced to Justin Baldoni when he was on Jane the Virgin.  When I saw that he had a book out, I had to check it out.  I was actually very surprised by how open he was in this book, called “Man Enough” which is an exploration of masculinity.  You always hear about how growing up as a young girl is difficult due to all the media pressure on the perfect body, perfect makeup looks, etc and I never really thought that young boys also had similar things to face when they were growing up as well.  I think Justin did a great job explaining difficulties that he and other men will face growing up, sometimes coming out of his comfort zone and being quite vulnerable and telling stories from his youth that may be considered embarrassing.  But I think that it is important to share these stories – so if a young boy going through similar situations picks up this book he will know he is not alone.  I think reading it as a female also opened my eyes a bit as well because I definitely thought guys had it so much easier and after finishing the book I am not sure that is so true anymore!  He touches on a lot of great subject and even if you don’t know him from an actor, I think it would be a beneficial read!

What Will You Do There? ARIZONA

While I’ve technically been in Arizona very briefly on a trip to the Hoover Dam, it didn’t count. One thing I am looking to check out is the Four Corners Monument. Could be an easy way to knock out 3 states (I’ve already been to CO) but it does seem like cheating (and it’s not even in the right spot) – but it’ll have to fall into one of the states visits for sure. The monument is supposed to be the spot where the corner of Utah, Arizona, Colorado and New Mexico meet. I’m not sure which state I’ll include this in but since Arizona was the first on the list, I figured I’d talk about it here.  An Arizona Diamondbacks game would also be on the list, maybe checking out the AZ portion of Rt 66 and of course the Grand Canyon. (Most of which I believe to have penny machines) And another fun stop might be to stand on the corner in Winslow, AZ and take it easy. 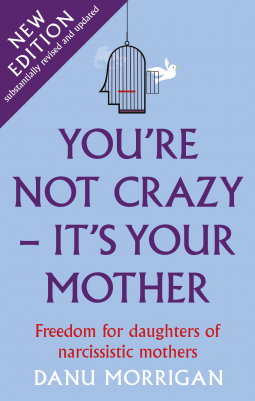 I’m not saying for sure my mother is narcissistic, but dang if things aren’t toxic right now.  In looking for ways to help cope, understand, get my point across, I came across the book “You’re not Crazy, it’s your mother” and decided to check it out.  I was immediately drawn in just by the foreward of the book – “The information in this book will give you freedom in a way you can’t even imagine right now. The exact shape of this freedom will be down to you. This book does not impose any decisions. Rather, it gives you information, perspective and opinions to allow you to choose your own freedom.  Know this too: You are not broken and in need of fixing. You are, rather, wounded and in need of healing.”  It is also worth noting that this book doesn’t need to just be for the Mother/Daughter dynamic and can be helpful for any parent/child dynamic.

For anyone else that may be going through this – say it with me – You are not crazy. You are perfectly sane. Your perceptions are valid and right. You can trust your own reality. Some days this is much, much easier said than done, but I am hoping what I have learned in this book will help me confront, understand and heal from this toxic bullshit that has been going on since last year. (And perhaps my whole life, but it’s only magnified itself recently.)  This book also helped explain why I may have some of the anxiety issues that I have. Still working through getting those under control, but understanding where they may have stemmed from has been helpful.

The book ends with some tapping techniques I’ll certainly be trying out to see if they can help.  I received a free e-copy of this book from NetGalley in order to write this review, I was not otherwise compensated.

A comprehensively revised and expanded new edition of Danu Morrigan’s #1 bestselling book, which has helped tens of thousands of daughters of narcissistic mothers around the world.

Do you find yourself emotionally bruised, upset and confused after being in touch with your mother? Do you somehow feel like you’re not a real person in her company? If so, you are far from alone. Millions of daughters experience the same hall-of-mirrors dizziness. Many of them have come to the conclusion that their mother has Narcissistic Personality Disorder, and that explains all that they have suffered. This book explores this – maybe it will resonate for you the same way and make you feel understood and validated as never before.

This new edition includes a wealth of new insight and understanding learned by Danu over the last ten years, including: Clarity about escaping the toxic dynamic, through The Four Steps to Freedom; managing our fear of regretting our decisions; how Stories steer us without us realising; the NM’s performative kindness and performative love; overcoming the trap of The Silent Treatment; distinguishing narcissistic ‘niceness’ from genuine decency; how to recognise, get, and contribute to healthy relationships.

Danu Morrigan lives in Ireland and runs the phenomenally popular website daughtersofnarcissisticmothers.com. She has also written Dear Daughter of a Narcissistic Mother and To the Unloved Daughter.