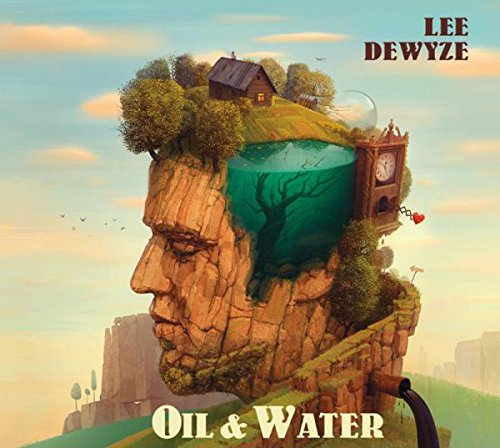 
Oil & Water is the latest release from past Idol winner Lee DeWyze.  Lee was never one of my favorites, but I have been following him a bit since Idol and have gone to see him in concert a few times and he always puts on a good show.  People was streaming his latest release on their site so I figured I would check it out.  I was surprised to see that the entire album was only about 30 minutes.  The songs are very mellow which is good for sometimes when I am looking to relax, but don’t really work for me for every day listening (usually when I am in the car and don’t want to be falling asleep!)  There were really no songs on it that I felt should be skipped, but it is definitely something I have to be in the right mood to listen to. 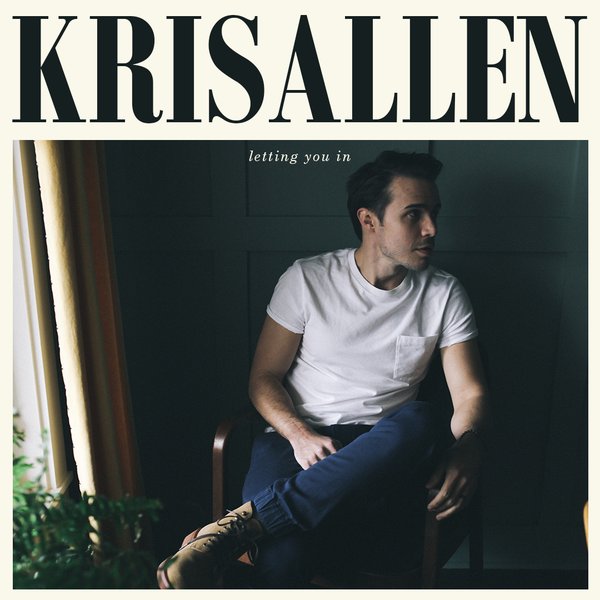 Friday Kris Allen released his 5th studio album (has it really been that many already!?) Letting You In. I preordered it on iTunes and not with an album package like I usually did and then had to wait all day Friday to get home from work to listen!  A few songs were released early so I had listened to a few several times before the whole album came out. It is easy to listen to this on loop and not get sick of any of the songs.  I think that my favorite song on the album is Move and I am looking forward to seeing him on tour a couple of times next month!

Music Monday: Simple Plan Taking One For The Team 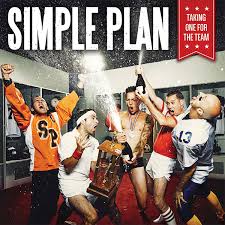 Opinion Overload
Boom!
Kiss Me Like Nobody’s Watching
Farewell
Singing in the Rain
Everything Sucks
I Refuse
I Don’t Want To Go To Bed
Nostalgic
Perfectly Perfect
I Don’t Wanna Be Sad
P.S. I Hate You
Problem Child
I Dream About You

Taking One For The Team is the fifth studio album by Simple Plan and it came out last month.  It has been about 5 years since their last release and Simple Plan is one of my favorite bands so I was excited to hear that they had a new album coming out!

It took me a while to actually get around to listening to the CD because I typically listen to them at work to help pass the time and block out obnoxious coworkers, but I got a new computer and the disc drive DOESNT WORK!  So I had to find some other time to listen to it… in the car mostly.. and I LOVE THIS ALBUM.  I definitely need to make more time to listen to it over and over again because there is not a song on here that I didn’t like after the first couple of listens. Simple Plan is actually one of my favorite bands even though I’ve only seen them live a couple of times. I’m hoping I can see them again someday, preferably when they are touring for this album because it is just so good.

March 7, 2016 by ConcertKatie No Comments 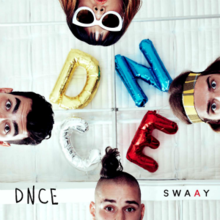 Cake By The Ocean
Pay My Rent
Toothbrush
Jinx

Joe Jonas’ new musical project is DNCE and their first EP was released recently and is called “Swaay”.  The EP is 4 tracks including what might be the catchiest song EVER (or at the very least of 2015/2016) “Cake By The Ocean”.  The band consists of frontman Joe Jonas, former JoBro Drummer Jack Lawless, Cole Whittle and JinJoo Lee.  I found the entire EP to be a lot of fun and am enjoying the band a lot more than I thought I would. (Which is good because Joe is my favorite Jonas Brother).  It is easy to play multiple times in a row, but you will definitely end up with Cake By The Ocean stuck in your head for days! 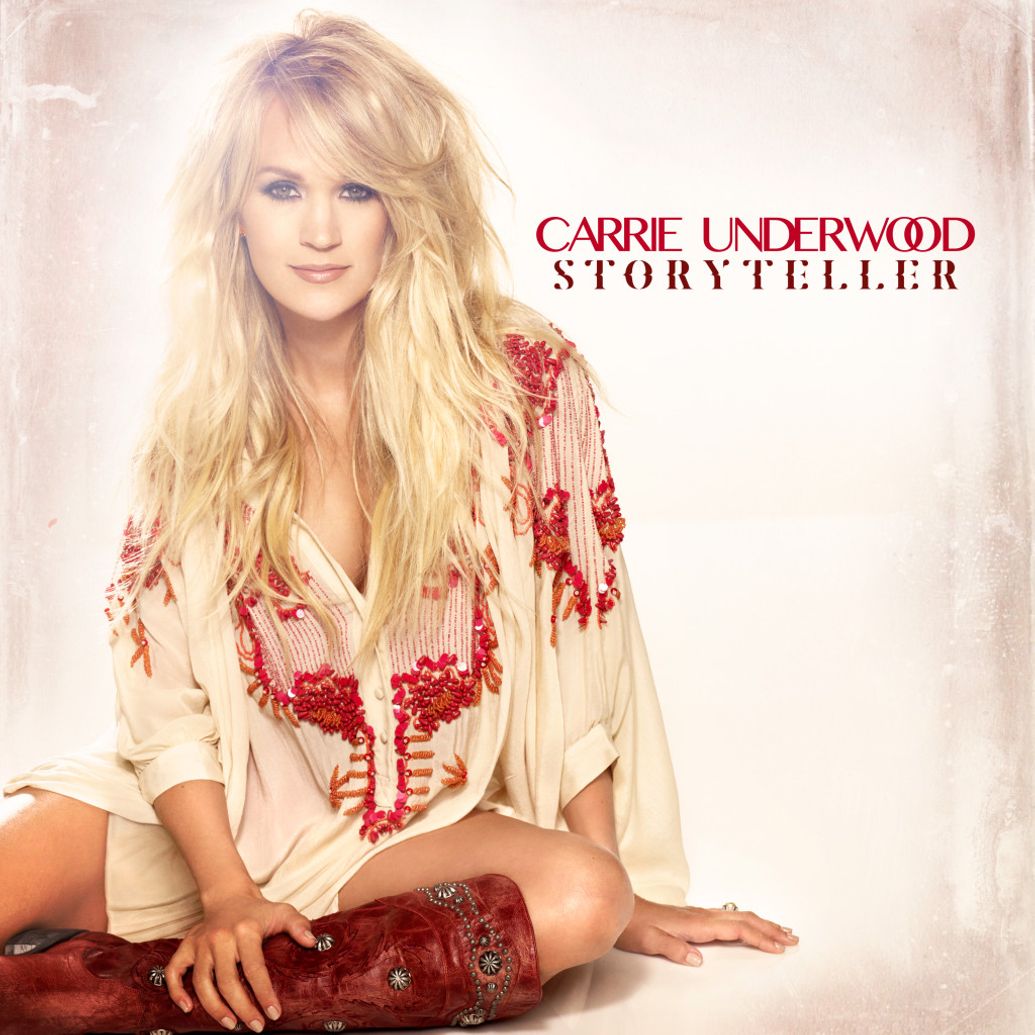 Storyteller is the fifth studio album from American Idol winner Carrie Underwood. It was released in October of 2015. This album comes across as more “country” than some of her other tracks, at least to me.  The album has been doing really well on the charts and got Carrie some records – She is the only country artist in history to have all of her studio albums debut at number 1 or 2! She is also the only artist to score six consecutive number one albums on the Top Country Albums chart. 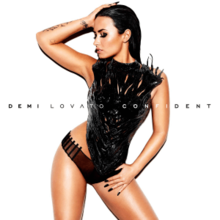 For a while I was not a fan of Demi.  But a few months back I called a truce, and just in time as she is going to be touring with Nick Jonas this summer.  Confident is her 5th studio release and came out in October 2015.  I did enjoy the 2 singles that have been released, Confident and Cool for the Summer.  The whole album is a bit more eclectic than the singles, but is easy to listen to and really doesn’t have any tracks that I feel the need to skip over. 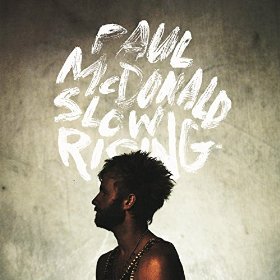 Music Monday: Parachute The Way It Was

February 8, 2016 by ConcertKatie No Comments 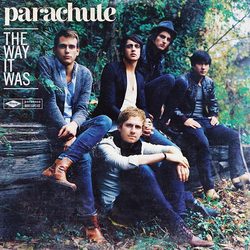 My second Parachute album purchase was 2011’s “The Way It Was”, with how much I loved Overnight, I had high expectations for the album that was released before it.  This album seemed to be a bit more laid back then Overnight, a little more mellow some slower more acoustic sounding tracks.  But either way, I loved it almost as much as Overnight.

The first album I listened to I felt like they sounded like someone else but I couldn’t place it.  I was able to place it on this second album – they have a sound similar to Action Item, but better.  And I guess better in that they are not possibly defunct.

February 1, 2016 by ConcertKatie No Comments 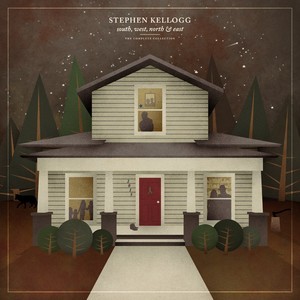 Stephen Kellogg recently did a Pledge Music in order to record his latest record. He did things a bit differently and recorded what could be considered 4 different EPs – one in the South, one in the West, one in the North and one in the East.  Each of these locations gave a different kind of inspiration for him to write and record the songs.  They work find as 4 separate EPs but what is great about it is they also all work together as a double album as well, which is how it is being released.  Those who made a pledge to the campaign through pledge music got the CD to listen to in November, while it will not be officially released until this month.  (Those who got tickets to see him on his tour also had the option to purchase as well – the perks of SK being CEO of his record label!)

26 Seconds (of Silence) was written about the 26 who were killed in the shooting in Newtown, CT in December 2012.  Stephen, like me, is from Connecticut and was impacted by the tragedy. He ended up posting this song early – as it was not supposed to officially be released until the “East” portion of the CD was released, but with the attacks in Paris he felt that he should release it and encouraged everyone to donate to the American Red Cross.

If you’re wondering just where South, West, North and East were for Stephen when recording – it was Atlanta, GA and Nashville, TN; Boulder, CO; Woodstock, NY; Washington, DC.

Fans of Stephen Kellogg will recognize his song writing and singing that they are familiar with from past records.  Stephen’s songs tell stories, usually about his life, but somehow it works out that they can be about your life as well. Some of his songs give advice, others are just fun. If you’re not familiar with Stephen’s work, start here and work your way through the rest of his catalog – both his solo stuff and his work with Stephen Kellogg and the Sixers.  I’d be shocked if you ended up not enjoying yourself.

January 11, 2016 by ConcertKatie No Comments 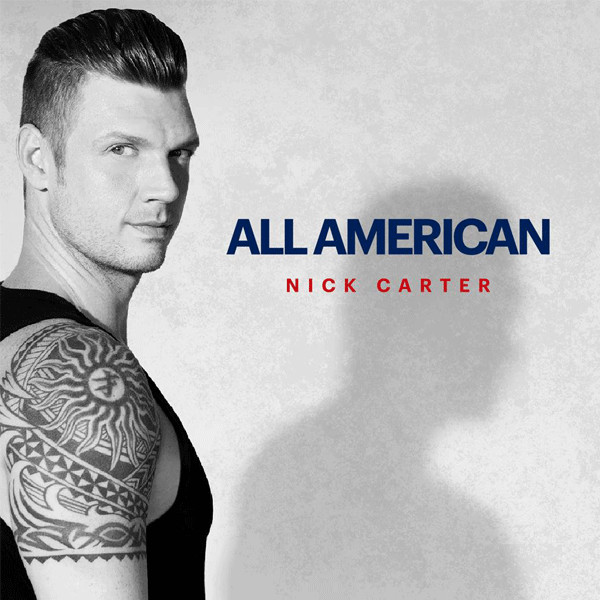 This CD really takes off from the first notes. It may have been because my computer was being a pain in the butt and it took about 3 hours for the CD to actually start to play from when I told it to – but I liked that it grabbed me from the beginning.  I wasn’t sure how I was going to feel about a song w/ Avril Lavigne but it’s a super catchy track that I really like, as much as it pains me to say that I like anything Avril is included on.  I Will Wait is also a really sweet ballad, a nice contrast to the rest of the more up beat poppy jump around songs that make up the rest of the album.  I’m going to go ahead and say my favorite track is “Swet”, but they are all really catchy and I am sure many of them will be popping in and out of my head for days.

I am actually surprised with just how much I enjoyed this CD and am quite pleased that I opted to get tickets to see him solo – I’ve never seen him perform solo before and if the majority of this set is going to be from this album, I don’t think I will be disappointed!