August 8, 2022 by ConcertKatie No Comments 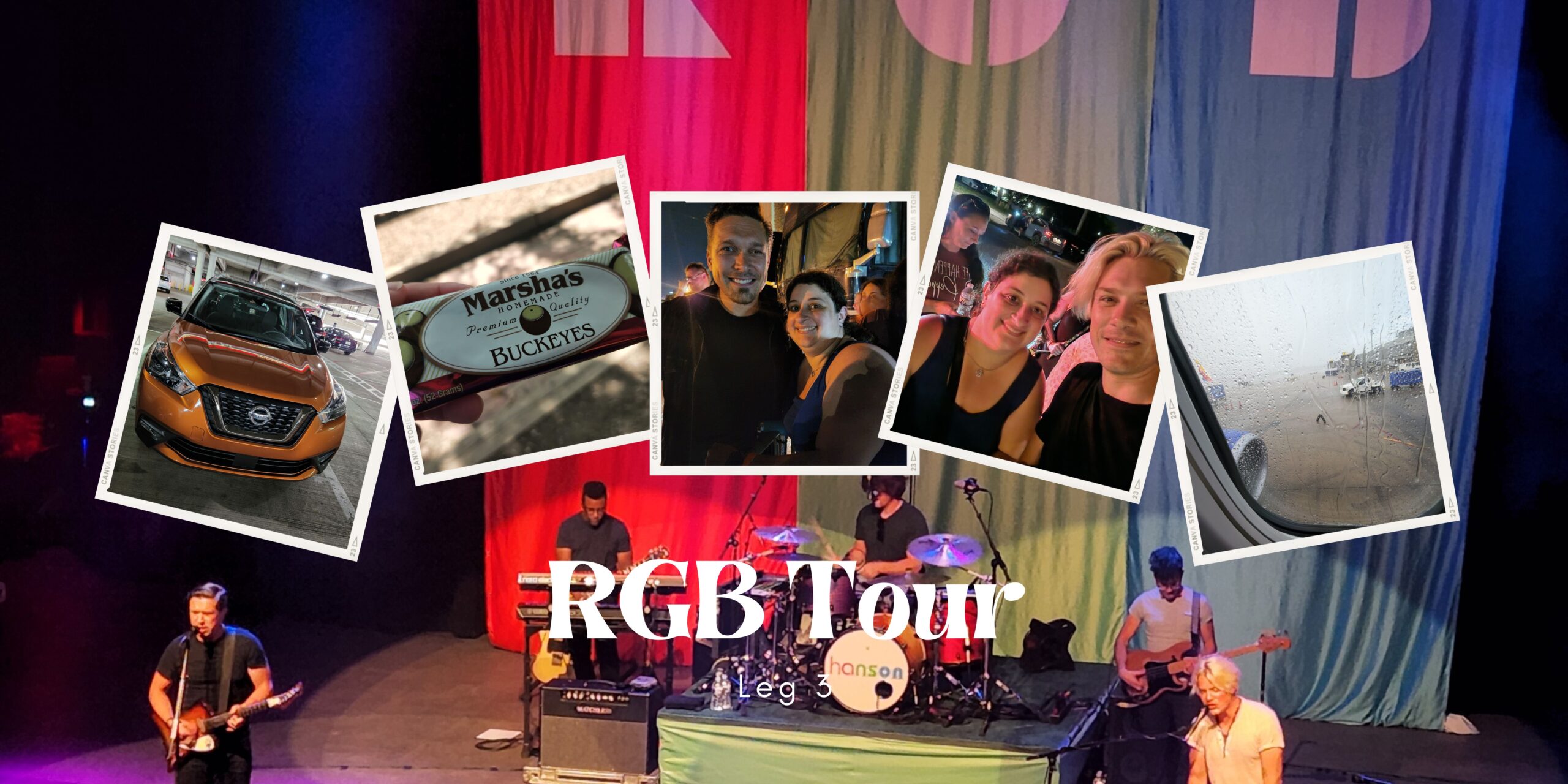 The 3rd leg of my tour was supposed to be the easy one off show in Cleveland. A friend had just moved there and while I had been to Ohio once on a family vacation around 20 years ago, I didn’t have it as a Hanson state.

I woke up at 3:15am, drove to the airport and got on my flight to Baltimore. It’s short, only about 50 minutes and not a decent length for napping, though I did try to sleep.  I made it to my next gate and when we were supposed to board, the gate agent said the aircraft was locked for maintenance. Something wasn’t right in the cockpit and they were waiting on parts and he kept saying “it could be 2 minutes or it could be 2 hours”.  While it appeared they were actively fixing something, an hour and 20 minutes after we were supposed to board the flight was canceled.

I ended up calling southwest as the gate agent line was lengthy and he was going to get me to St. Louis and then to Cleveland at like 11pm.  I asked if he could ticket me for that flight but that I’d keep looking at other options but it ended up disappearing, probably because a gate agent gave someone else the option first.

All the other airlines either had no options or were stupid expensive with layovers. It was only 6 hours driving so I booked a one way car (thanks to my great work discount!) And headed to the rental shuttle. Which took forever and a day to come. AVIS said they had no cars until 3:30 via the app but I was hoping if I showed up earlier they could help me out and I ended up getting an orange Nissan Kick.

By about 1:30 I was off, ETA 7:40. Having to make a couple of stops and dealing with 3 storms rolling through, I ended up dropping the car off around 8:30pm and my friend and her youngest son came to pick me up and then I went to sleep.

Saturday morning we went to check out downtown Chagrin Falls which is the area Bill Waterson known for Calvin and Hobbes is from. We went to a local bookstore and a popcorn shop and then the boys played at a park for a bit. I got pooped on by a bird.  After we were all sufficiently tired out, we headed home to nap before the show.

I had opted for front row Mezz seats for this show, not realizing it was a 100 year old venue with no elevator and steeply pitched stairs. Slow and steady we made it up to the mezz and then down to the front row.  The view was worth the effort though!  Except for when during Zac’s solo a spider appeared on the outer side of the plexi glass!

This was my first time (of 3) seeing AMMM and I enjoyed their set. It was nice to see Justin (now going by JR) from Ingram Hill again. I’m not even sure when the last time I saw IH play was, it’s been quite a while but back in 04/05 we used to see them quite frequently.

Then it was time for Hanson – who came out playing a song I didn’t recognize at first. They had a few opening songs this tour but this is the first time they started with “everybody needs somebody to love” which they had played for the first time this tour as the encore the night before. They also pulled out Great Divide for the set as well.

Zac’s solo (with special spider appearance) was Wake Up, which I can’t get mad at because even though I’ve heard it, at least it is from RGB. Isaac started his solo by talking about Hanson.net members and then said someone had requested Next Train. A girl up in the mezz stood up and screamed so we figured it was her! When Taylor waved and came up to the front of the stage I knew what he had chosen for his solo – Save Me, once again. I have 6 shows left and I’m hoping for a rambling heart one of them…

After the show we waited by the bus.  Zac was out first, but we couldn’t get closer than to get him to sign my friend’s shirt.  After he left, a bunch of girls left and we managed to get on the barricade.  I figured with my luck that meant no one else would come out, but we were pleasantly surprised with both Isaac and Taylor came out and I was able to get pics with them and my friend got her shirt signed by all 3!

We got back to my friends place around 2am and needed to leave at 9am to get me back to the airport.  I got through security pretty quickly although TSA made me pat down my own brace?  That’s a first.  My flight to Baltimore went fine even though the incoming flight was ‘tardy’. The incoming flight to get me in Baltimore was running a bit late so we ended up getting delayed about 20 minutes for boarding.  After we boarded, we seemed to be waiting to take off forever, to the point that I woke up from trying to nap to check my apps to see if anything was up, but the captain finally came on and said they were trying to stagger the planes going north east more so we had to wait a few minutes so there’d be less traffic.  When we landed, it was raining really hard and we were told that we had to wait because due to the storm there was lightning within 3 miles of the airport so all the ground personnel had to take cover so we had to wait a bit until they were allowed to come back out and get us to the gate.

I still have 4 more flights left this tour so I am hoping they all end up going smoothly.