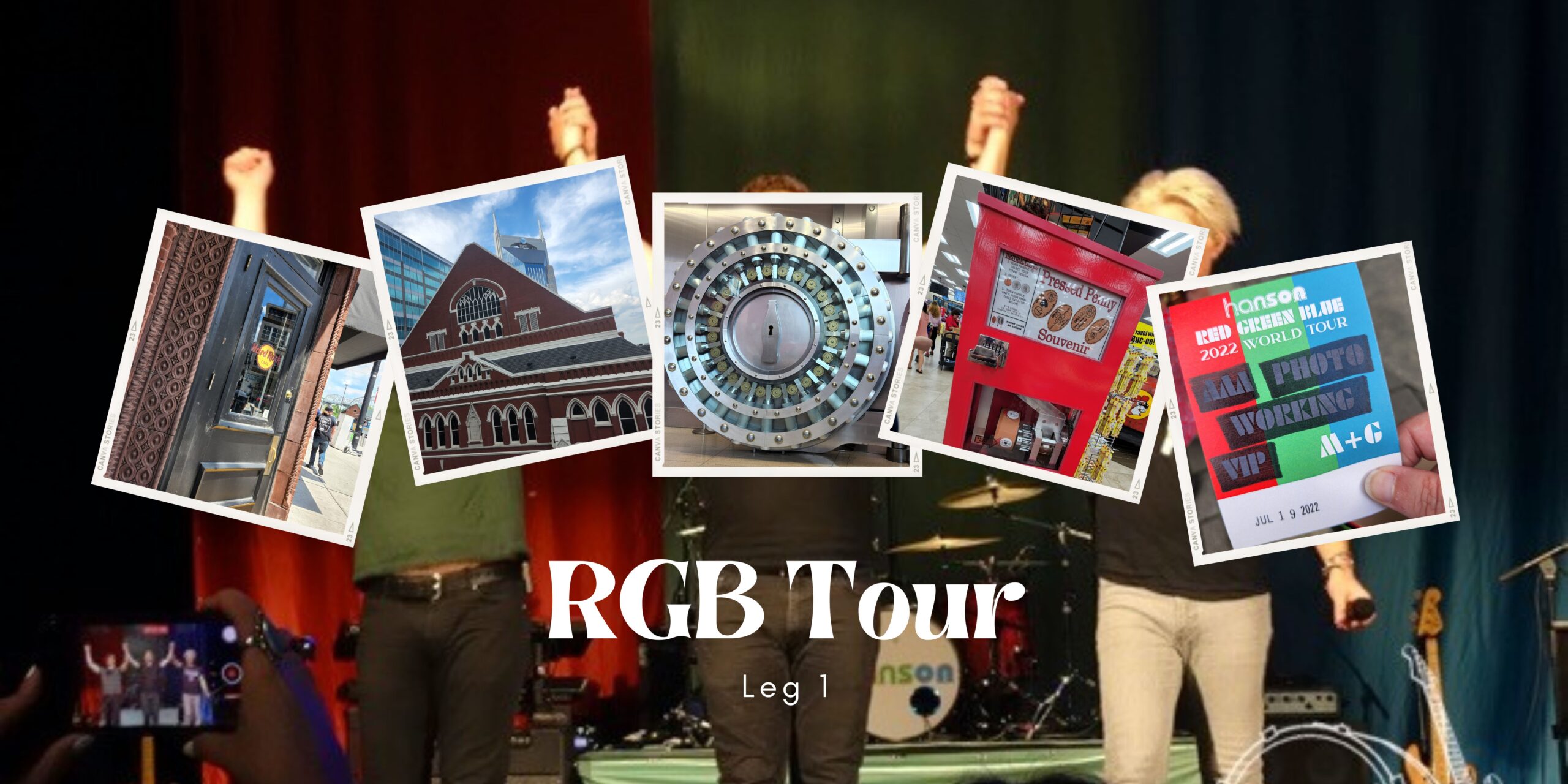 With how many Hanson shows I am going to this tour I had to decide how to break up my blog posts.  Every show separate seemed excessive (and there wouldn’t be all that much new to say after each night) so I landed on doing one post per ‘leg’, of which I have 4.. or maybe 5…

Here we are after leg one – which included 3 shows – Nashville, Atlanta and Birmingham, a birthday and a trip to Buc-ees.

Thursday I had a direct flight from Hartford to Nashville. I was extremely anxious and nervous with the flight luck I had already this year, but I managed to get there without incident and met up with my friend.  We checked into our AirBnB that was home base for the trip and I spotted Daddy’s Dogs up the street (owned by a friend of Kris Allen’s) and so we had to go there for dinner. We also had a stand off with a spider in the lobby on the way to get the hot dogs because it was crawling a little too close to the exit door for our liking.

Friday we got off to a slower start and headed to the Hard Rock Cafe to get a bear (which was more than enough time spent on Broadway) – and then did a tour of the Ryman, where Hanson would be playing that evening.  The video before you start on your self guided tour was really cool and it was neat to learn so much about such a historic venue before going to the show that night.  At the end of the tour you are able to get a photo on stage, so we got a kick out of being able to have the Hanson RGB backdrop behind us.  As we were finishing up and getting ready to head to our dinner reservations across the street, Hanson came out to film something about the venue. They ended it with an acapella chorus of “This Time Around” – what an unexpected and fun surprise!

We went to dinner across the street at Sixty Vines which had a nice view of the Ryman and some great food as well. By the time we were done eating it was time to head into line for the show!  We headed to merch first since there were seats and we didn’t need to snag a good spot.  Our seats were the front row of the balcony and had a great view and great sound. Opening was John Calvin Abney. I was hoping to like him since I will be seeing him 6 times.  His guitar got messed up during one of the songs and kept making popping noises so he decided to just unplug it, hold it up near the mic, and keep on going.  While his music isn’t necessarily something I’d listen to, I was really impressed with him and how he thought on his feet and the crowd reaction clapping along with him and cheering was great too.

The setlist was very similar to what I was expecting based on what they had done in Europe on the previous leg of the tour.  Since Paul McDonald is from Nashville, he was at the show and joined the guys for the song he cowrote with Isaac on RGB – Write You a Song.  We were hoping they’d do something acapella since the venue was originally a church and built for acoustics and they came out and did “Change in my Life” with no mics completely acapella for the encore. (Even though a lot of the crowd didn’t seem to understand that they needed to be quiet.) Of note: They seemed to decide to last minute cut a song from the set (Penny and Me?) and Taylor jumped up to the drum platform to do something midway through his solo of Save Me.

The next day we had an early morning to drive to Atlanta.  Traffic was horrendous.  We stopped for lunch at Zaxbys, somewhere I had not been before. Then we pulled up to the hotel… which was not at all what we were expecting, nor was it in an area we’d want to be in after dark. After going inside anyway and being met by an incredibly rude staff, we started finding a new place to stay instead and ended up in a massive suite in midtown instead.

We got in line in Atlanta, where they had split Members Only and regular GA – but the GA line was in the shade and the members line was in the HOT HOT HOT Sun. (I figured out why they call it “hotlanta”!)  Finally we were let inside only to find out that the ADA areas left something to be desired.  Once the mezzanine filled in, the already no so great view became almost non existent.  But it is what it is (and the staff was wonderful and organized and the venue was really nice otherwise – especially the food!)

I was very happy that John Calvin Abney didn’t seem to have a script he was using for each show (at least not yet) like some of the openers in the past.  Hanson ended up shaking up the setlist a bit, starting with I’ve Got Soul, appropriately playing Georgia, then they added You Never Know to the mix followed by a cover of Low Rider that went into Ooh La La La. Where did that come from?!  Isaac has been allowing the crowd to vote on his solo but doesn’t give all the options beforehand and both nights it was Hand in Hand vs Deeper vs River – and River has won every night of the tour so far.  Zac seems to be mixing up his the most and it is much appreciated!  After 2 nights I had 2 new songs heard live, but I’m not sure for how long that will be sustainable.

After the show we waited by the bus. We had been told that Taylor came out very quickly and wasn’t going to have time to sign, but Isaac and Zac came out and we were able to get photos. Then there were all sorts of weird giant bugs hanging around and a small child walked up to us, pointed to the ground, said “bug” and walked away. (It was later stepped on.)  Turns out, Taylor is driving his own tour bus – or at least pulled it away from the Atlanta venue with him in the drivers seat.  I hope that there will be a driver joining the crew soon because that too seems like it’s not sustainable.

Our next day was an off day so we decided to go to World of Coke.  Probably not the best choice with it being a weekend, but fortunately my friend said she’d push me in a wheelchair which was the way to go once I saw how crowded it was. I never would have been able to deal with those crowds on my own. We ended the trip in the tasting room and took a spin through the gift shop where they had a funny Hanson-ish shirt – but all were 2XL.

We then met up with another friend and her family and got some ice cream before heading to Buc-ees.  Where I fell twice. Once I’m not sure why, though I was trying to get to a shopping cart to hold to have some stability and the second because someone had spilled something and my cane caught it. Fortunately no major injury – a skinned knee and a busted pinky.  At Buc-ees I managed to get some pressed pennies despite the machine not quite working, some snacks and dinner as well as a couple of t-shirts.

Then it was back to Nashville where Monday we had the day off and my friends put in a day of work.  We ordered in for lunch and headed to a brewery for dinner. 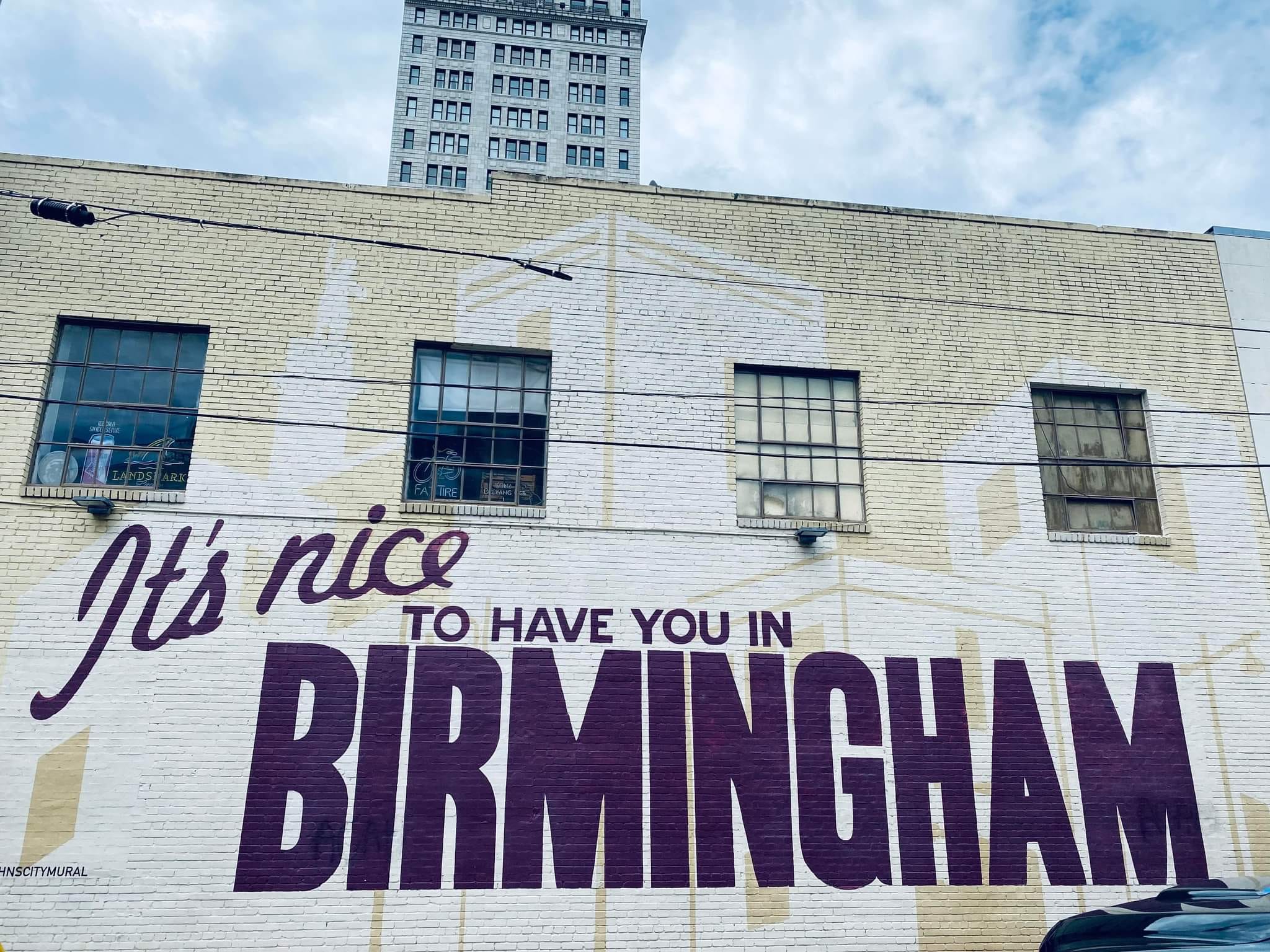 Tuesday was my birthday! We headed from Nashville to Birmingham. There wasn’t too much we wanted to do, but checked out some murals, had some BBQ for lunch at SAW’s and went to Rickwood Field, America’s Oldest Baseball Field. I had to be at the show early because I’d be meeting the guys for my BTTI make up photo.  We hit up Target and Walmart the night before looking for red, green, blue birthday hats and were successful.  At 5:30 I got my pass and at 6:30 it was time to go in.  The guys did not want to wear the hats, but said they would hold them, with Taylor being silly and holding his in one photo like an ice cream cone.  He said happy birthday to me so many times, all of the ushers became aware (I was wearing a sash too) and said happy birthday on my way out – and then some of them again on my way back in for the show!

We were second row for the show and there wasn’t really anything too different about this setlist.  Zac had switched up his solo all 3 shows.  Isaac played River all 3 shows and Taylor did Save Me all 3 shows – but for this show he started front and center (right in front of me) acapella, and then went back to the piano.  Different, but, I’d have preferred a totally different song.  Hopefully by the time my next shows roll around, they’ll have mixed things up a bit more again.

As we were getting ready to head out, I realized Isaac threw a pick right at my feet! That was my first time not being given a pick by someone else or finding it outside the venue after the show so that was a nice birthday treat!  We went and waited out by the bus again, assuming that Taylor once again had a long drive and wouldn’t come out.  Isaac did come out and signed my RGB CD and he mentioned that Zac wasn’t going to come out so once midnight hit and it was no longer my birthday, we made the trek back to Nashville, getting back about 3:30am only to be leaving for an airport drop at 7:30am.

My Nashville friend had to go to work so even though there was 3 of us leaving there was just one airport drop. My flight was the latest out so I sat there delirious for a couple of hours until we finally boarded at 10:35 where I promptly fell asleep and was asleep so hard I have 0 recollection of the plane ever taking off. I woke up mid flight confused due to some turbulence but otherwise it was a great flight home.  The only problem was, I brought the southern heat home with me and we have been in the middle of a heat wave ever since! 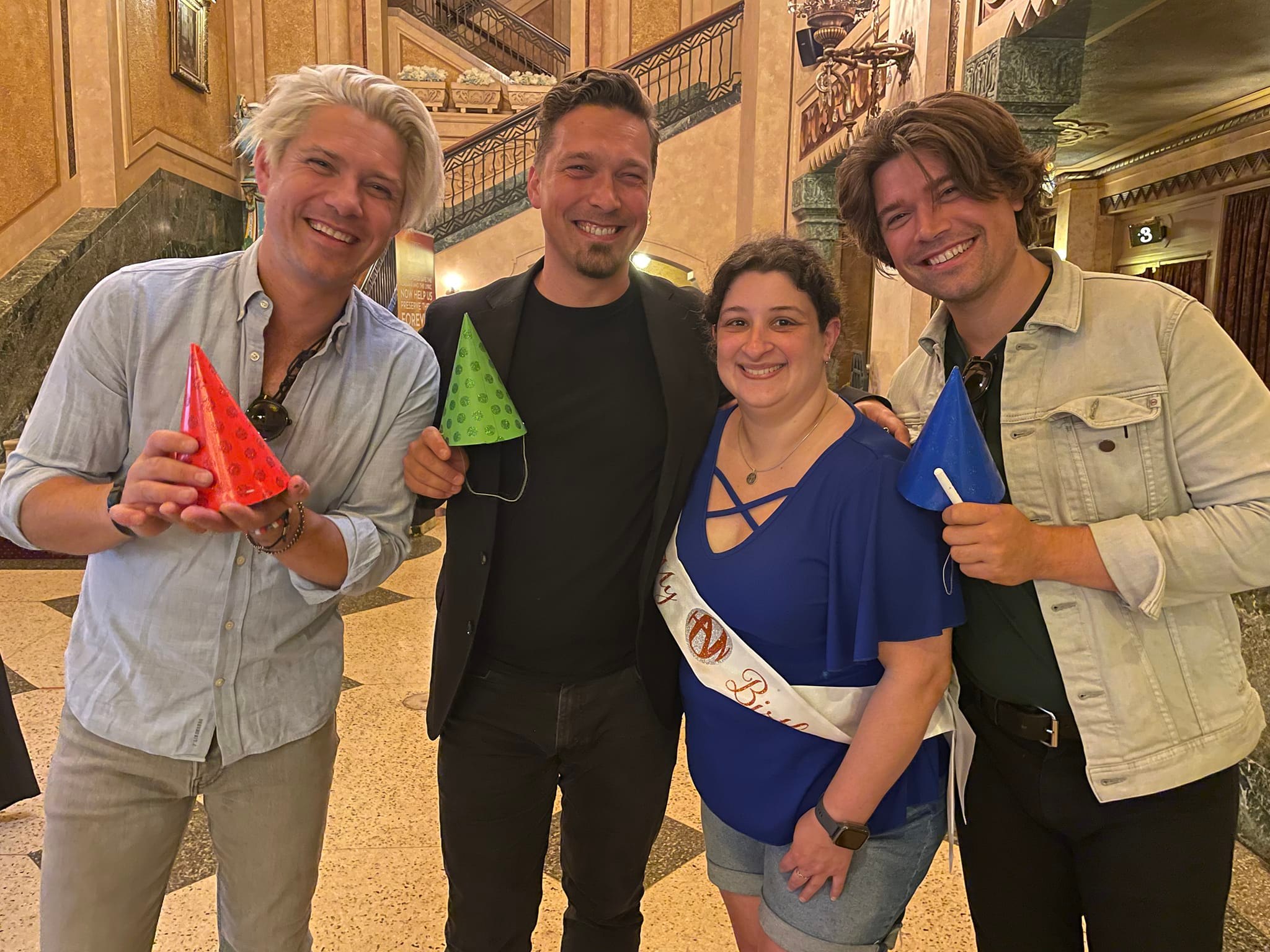