April 2, 2022 by ConcertKatie No Comments

The second weekend in March, 90s Con made its debut at the Hartford Convention Center in Hartford, CT.  When it was first announced last summer, I wasn’t sure if I was going to be ok with going to a convention with such large crowds yet, but as they added more and more guests I ended up buying a Saturday ticket and would give it a go.  About a week before, we found out that Joey Fatone wouldn’t be able to be there on Saturday, but that he would be appearing Friday and Sunday, so we opted to buy a Friday pass and I decided to add a pro photo op with Rider Strong so on Saturday whoever we ended up meeting, we’d meet and I wouldn’t be in panic mode all day.

Friday finally came, and as we were pulling into the parking garage, we got word that Joey’s flight had gotten canceled and he would not be making it Friday OR Saturday.  We managed to get in an ADA entrance and grab a spot for the MMC panel at 5pm.  They held it for a while because so many people were stuck in line getting their credentials checked for their covid vaccines and weren’t making their way inside yet.  6-7 was supposed to be our Joey hour, so we just kind of wandered around a bit and then 7 was my photo op with Rider.  We didn’t hang around too much after that, but it was nice to get the layout.  I should have probably tried for another photo Friday to knock more off of my wish list, but I am very much so out of con shape.

Saturday we got in early, but again just kind of wandered around and did a few of the photo ops and the Spice Girls display.  At noon I made a voodoo doll and I started realizing time was running out if I wanted to meet everyone.  We got in line for Will Friedle, and then my friends had their Full House photo op so I was off to meet Matthew and Joey Lawrence on my own.  Danielle Fishel’s line got capped, so I got in line to see the Boy Meets World panel at 3 and was able to stay for the Full House panel at 4.  After we went back downstairs, and Daneille’s line was capped once again.  I did end up going in the order of how badly I wanted to meet them so I was ok with missing out on Danielle. (With any luck, next year they’ll be back AND with Ben so I can do a cast photo!)

Next year, I’m hoping to go again and I’ll have a better game plan figured out. And maybe I’ll stay on site as well to not have to drive back and forth an hour for 3 days straight.  It sounds like it’ll be back in CT – just waiting on dates! 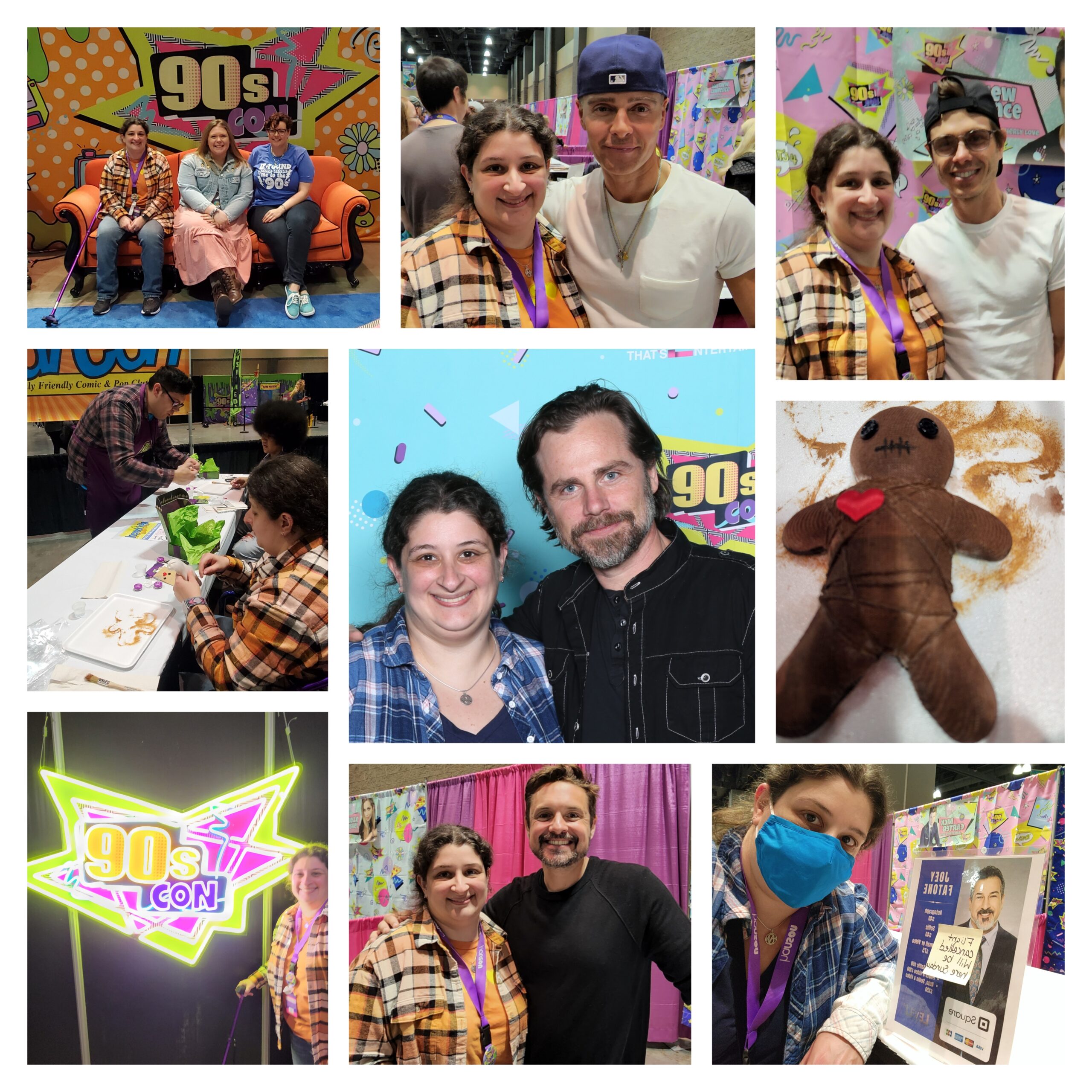